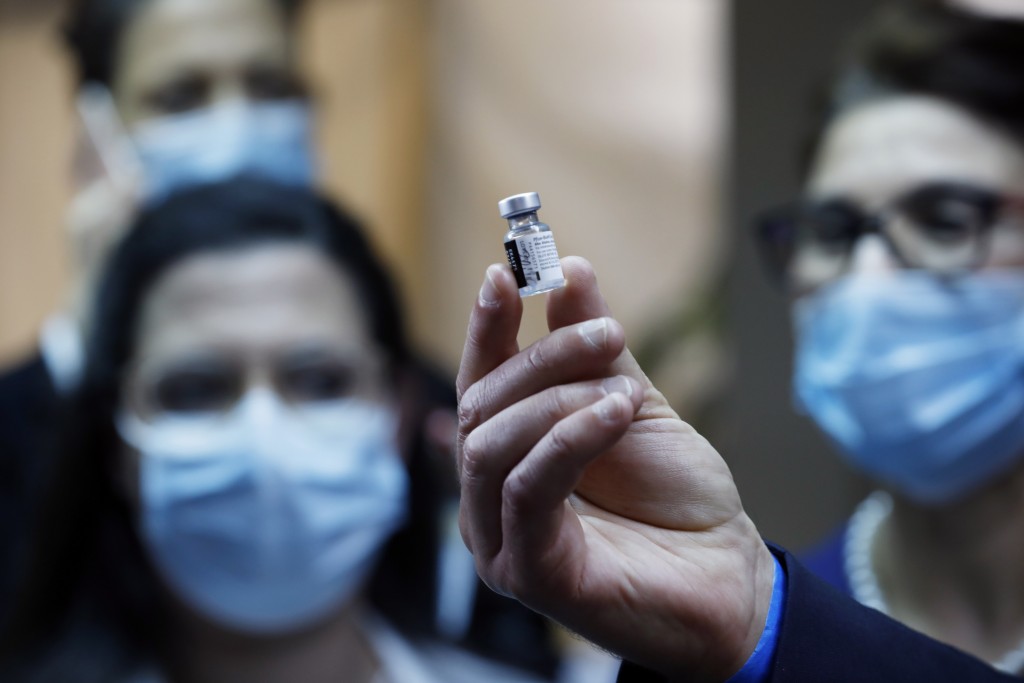 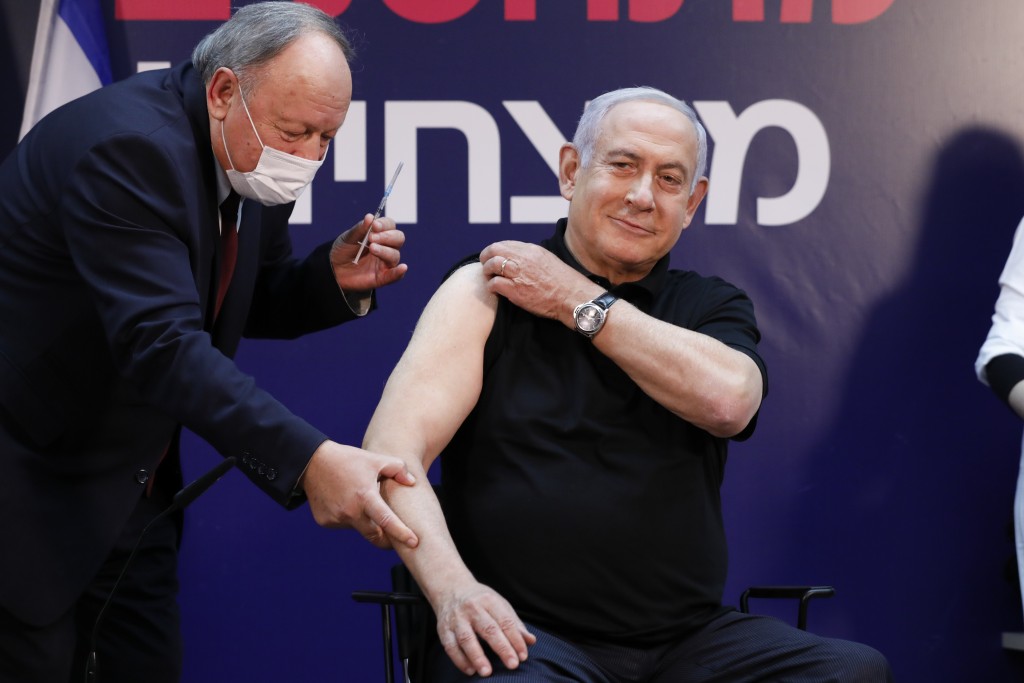 TEL AVIV, Israel (AP) — Israel on Sunday began its coronavirus inoculation drive, aiming to vaccinate some 60,000 people a day in a bid to stamp out the illness that is once again surging among its population.

The country will first immunize health workers, followed by the elderly, high-risk Israelis and those over 60 years old. Israel says it has secured sufficient doses for much of the country's 9 million people from both Pfizer and Moderna, whose vaccine U.S. authorities approved this week for emergency use.

With public opinion polls showing many Israelis are reluctant to receive shots right away, Prime Minister Benjamin Netanyahu said he would set a “personal example” and insisted on being the first Israeli vaccinated. He received the shot Saturday night.

Netanyahu expressed confidence in the vaccine before rolling up the right sleeve of his black, short-sleeve shirt and receiving the injection. He called it an “exciting moment” that would put Israel on the path to returning to its normal routines. The country's health minister also received the vaccine Saturday.

Israel has an agreement with Pfizer to secure 8 million doses of the U.S. pharmaceutical company’s vaccine — enough to cover nearly half of Israel’s population since each person requires two doses. Israel reached a separate agreement with Moderna earlier this month to purchase 6 million doses of its vaccine — enough for another 3 million Israelis.

With daily infection numbers trending upward and currently notching just under 3,000 a day, Israeli leaders are again debating whether to impose a third national lockdown since the pandemic began. Many restrictions remain in place from the country's second lockdown in the fall, with most hotels still shuttered and restaurants open only for delivery and take out. Unemployment remains in the double digits.

Israel has had mixed results in its fight against the virus. Netanyahu was lauded in the spring for sealing borders and locking down the country swiftly, a move that battered the economy but drove down infection rates.

But a hasty and erratic reopening sent confirmed cases soaring in late summer, leading to what at the time was one of the world’s worst outbreaks.

Israel has reported more than 368,000 confirmed cases and more than 3,000 virus-related deaths since the start of the pandemic.