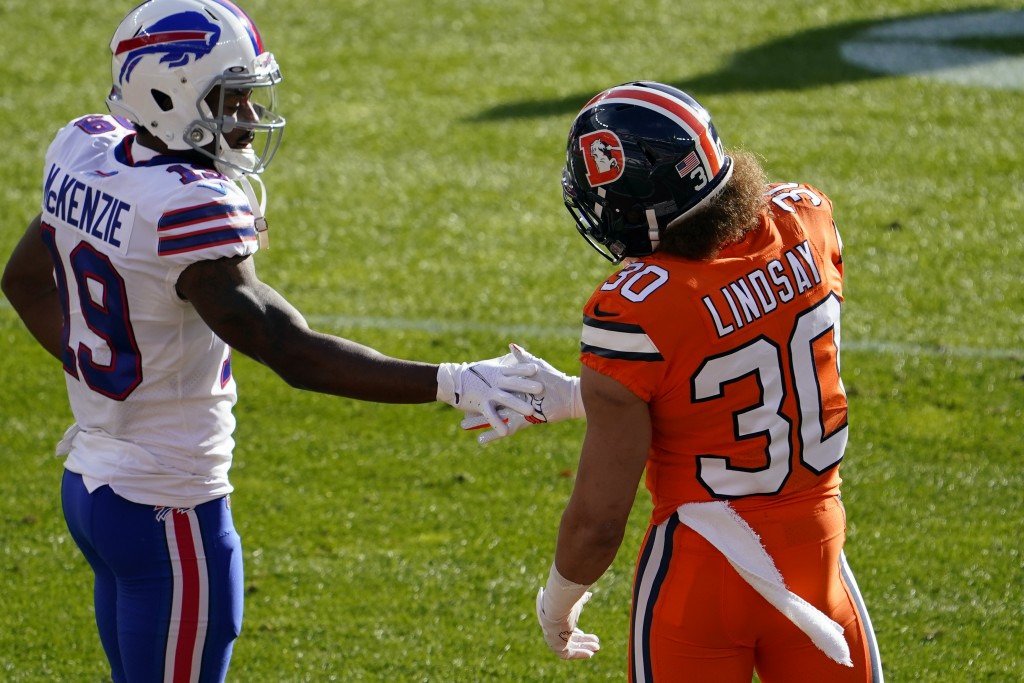 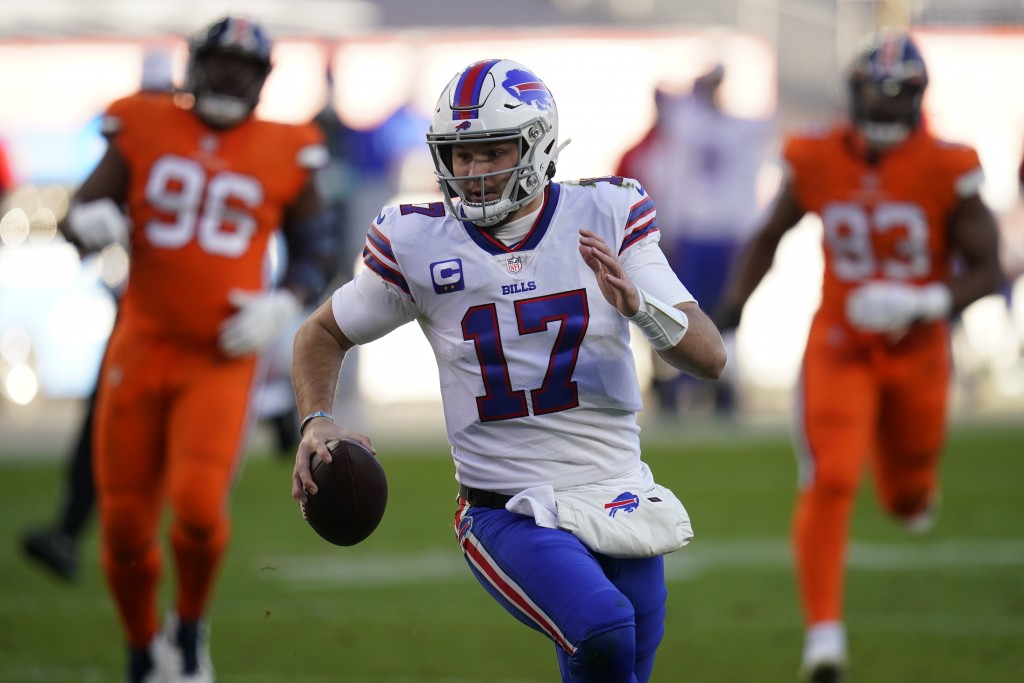 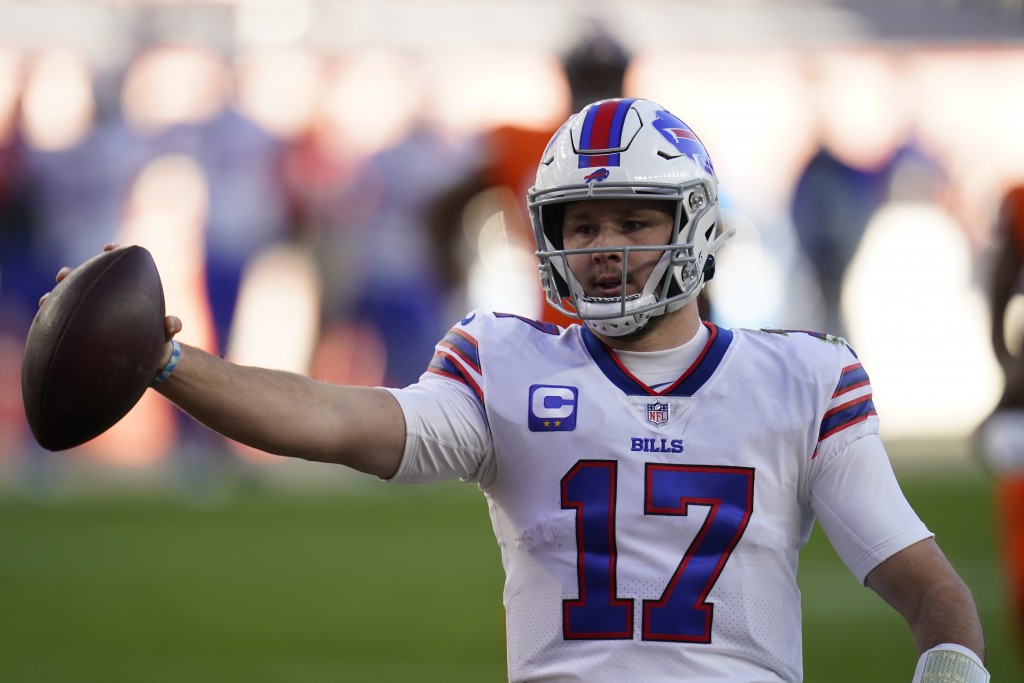 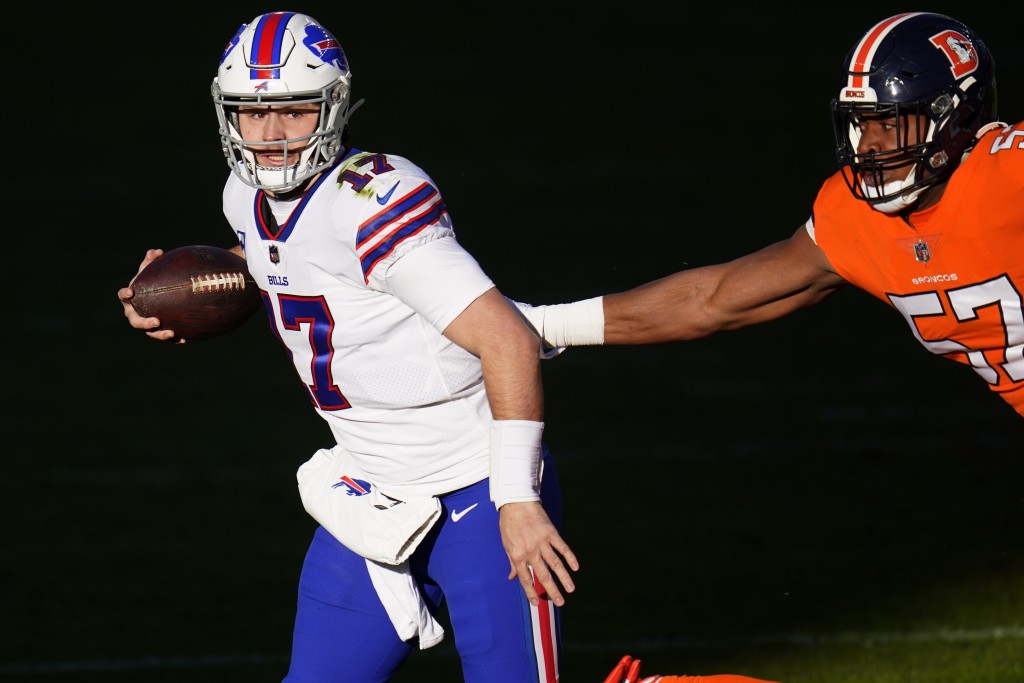 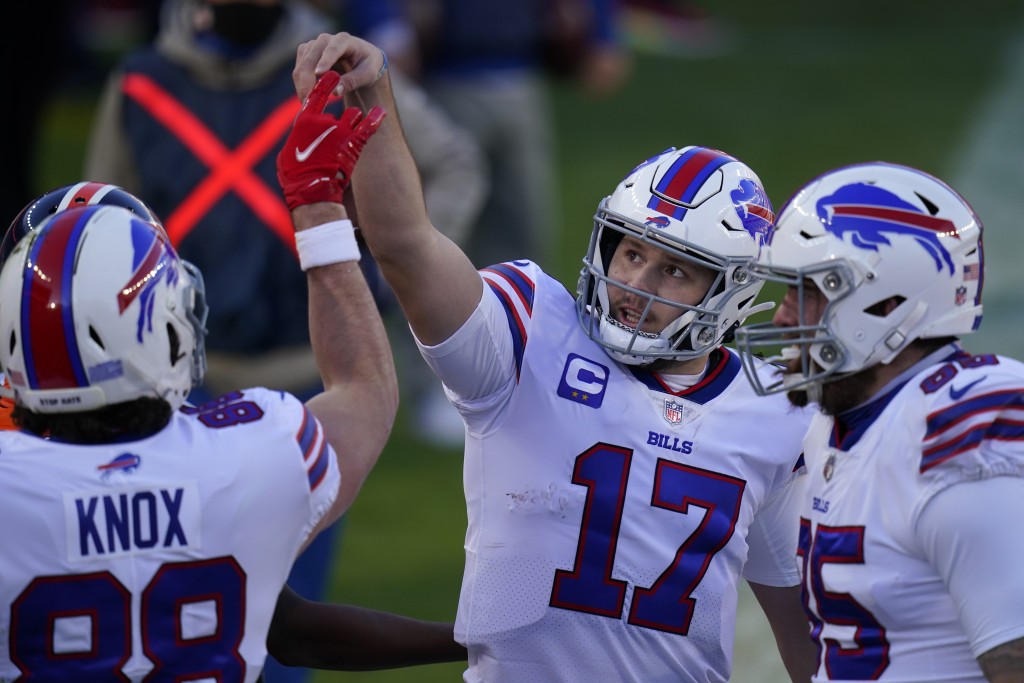 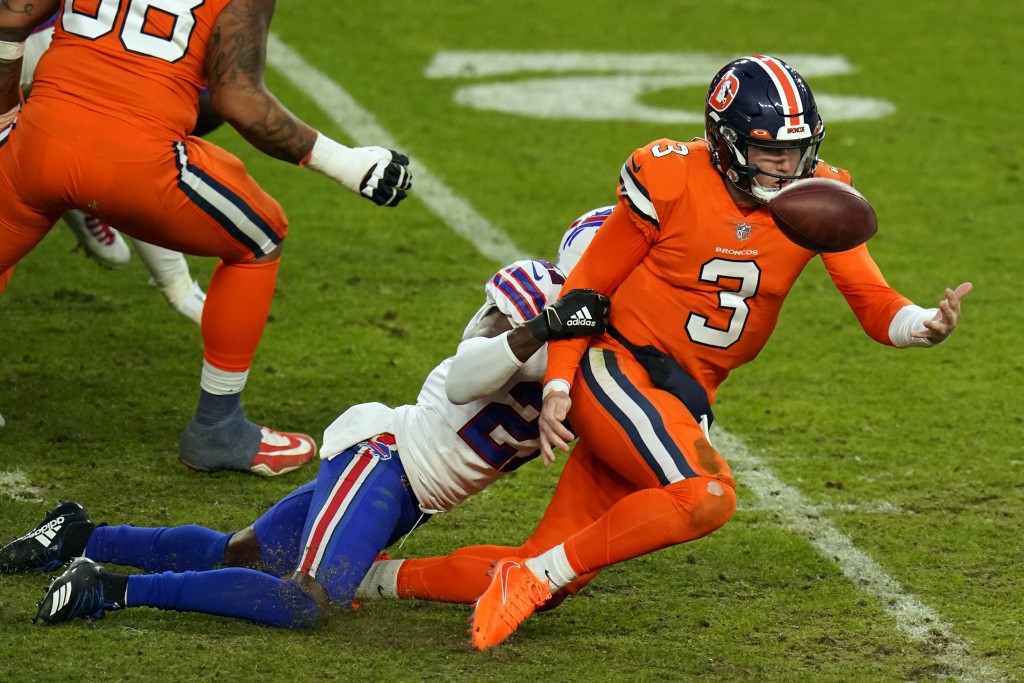 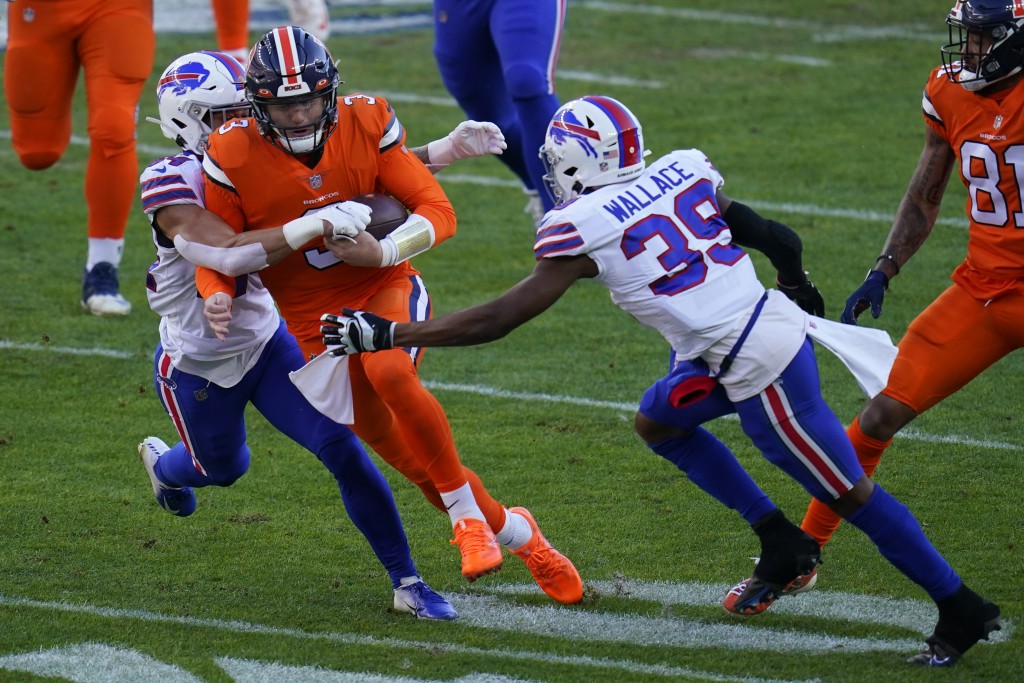 DENVER (AP) — The Buffalo Bills captured their first AFC East title in a quarter-century Saturday when 24-year-old quarterback Josh Allen threw for two touchdowns and ran for two more in a 48-19 rout of the Denver Broncos.

The Bills (11-3) scored twice in a 17-second span in the third quarter to ice their fourth straight victory that officially ended the New England Patriots’ 11-year reign atop the division.

The Broncos (5-9) have their fourth consecutive losing season for the first time since they had 10 straight sub-.500 campaigns from 1963-72. They also became the first team ever to go five years without making the playoffs following a Super Bowl title.

Allen threw for 359 yards, hitting Stefon Diggs 11 times for 147 yards before a foot injury in the fourth quarter, and Cole Beasley eight times for 112 yards.

Allen also tied Jack Kemp’s record of 25 career touchdown runs with his second TD scamper, a 1-yard keeper to the right that was set up by Andre Roberts’ 55-yard return of Taylor Russilino's short second-half kickoff.

The Broncos turned to Russolino, whose vagabond career included stops in the XFL, the Canadian Football League and even the Chinese arena league after Brandon McManus went on the COVID-19 reserve list.

Russolino missed a 51-yard field goal and two extra points on a windy day that didn't adversely affect Bills kicker Tyler Bass, who made both field goal attempts and all six extra points.

After Allen's 1-yard TD run to start the second half, cornerback Tre’Davious White strip-sacked Drew Lock on Denver's first offensive play. Defensive end Jerry Hughes scooped up the ball at the 21 and weaved his way through several Broncos to make it 35-13.

Allen dismantled Denver’s makeshift secondary that had lost five cornerbacks in two weeks, picking on De'Vante Bausby all afternoon while completing 28 of 40 passes. Rookie cornerback Michael Ojemudia held his own but was ejected in the third quarter for slapping Bills rookie receiver Gabriel Davis.

The Bills took a 21-13 halftime lead behind Allen’s touchdown throws of 9 yards to tight end Dawson Knox and 22 yards to Jake Kumerow sandwiched around a 24-yard keeper into the end zone. Kumerow became the 13th Bills player to catch a TD pass this year. That tied an NFL record set by seven other teams.

Lock hit tight end Noah Fant with a 6-yard touchdown toss with 5 seconds left in the first half, but Russolino missed the extra point. He also missed the 51-yard field goal attempt way to the right on Denver’s opening drive, after which Allen drove the Bills 59 yards in 13 plays on an adventurous drive that included him recovering his own fumble on a sack. He also somehow got off a pass while being dragged down.

Knox broke away from Bausby to catch Allen’s 9-yard TD throw, and Allen made it 14-0 when he scampered in from 24 yards to cap a 95-yard drive.

A muffed punt opened the door for Denver’s first score, a 10-yard run by Melvin Gordon.

Late in the first half, the Bills had the ball at the Broncos 5-yard line when a trio of penalties had them facing first-and-goal from the 30. Allen soon found Kumerow wide open over the middle from 22 yards to put Buffalo ahead 21-7.

Bills: Along with Diggs, PR Andre Roberts injured his lower back in the third quarter, and OL Daryl Williams left with a groin injury

Broncos OLB Bradley Chubb (ankle) and RB Royce Freeman (hip) were hurt in the second half.

Bills: visit the New England Patriots for a Monday night game on Dec. 28.

Broncos: visit the Los Angeles Chargers, who they rallied from a 21-point deficit to beat on Nov. 1 with a touchdown as time ran out.