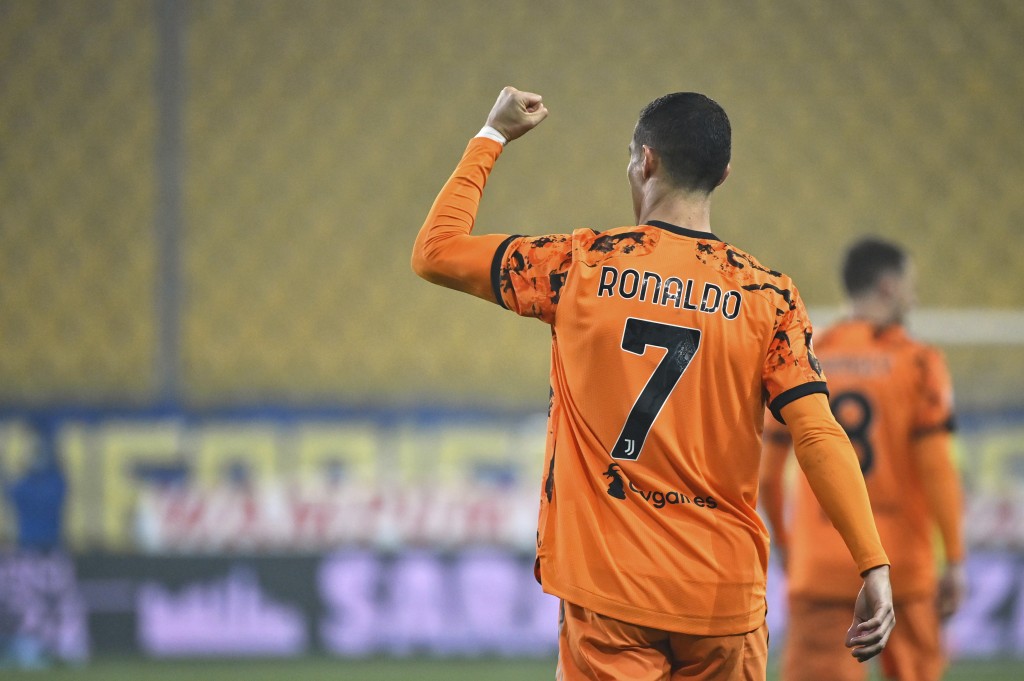 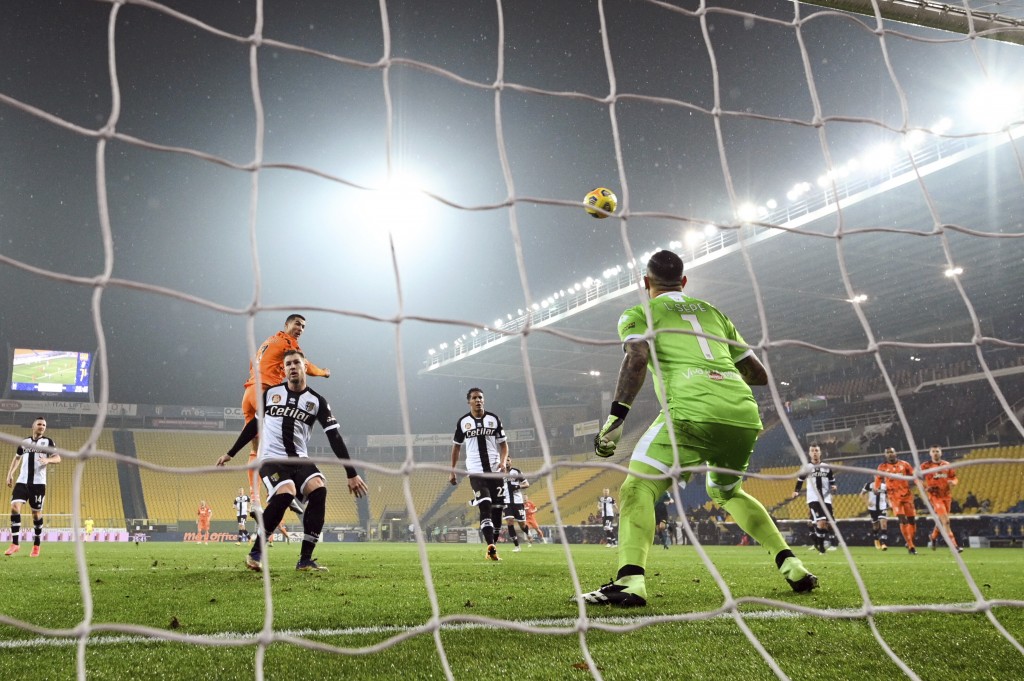 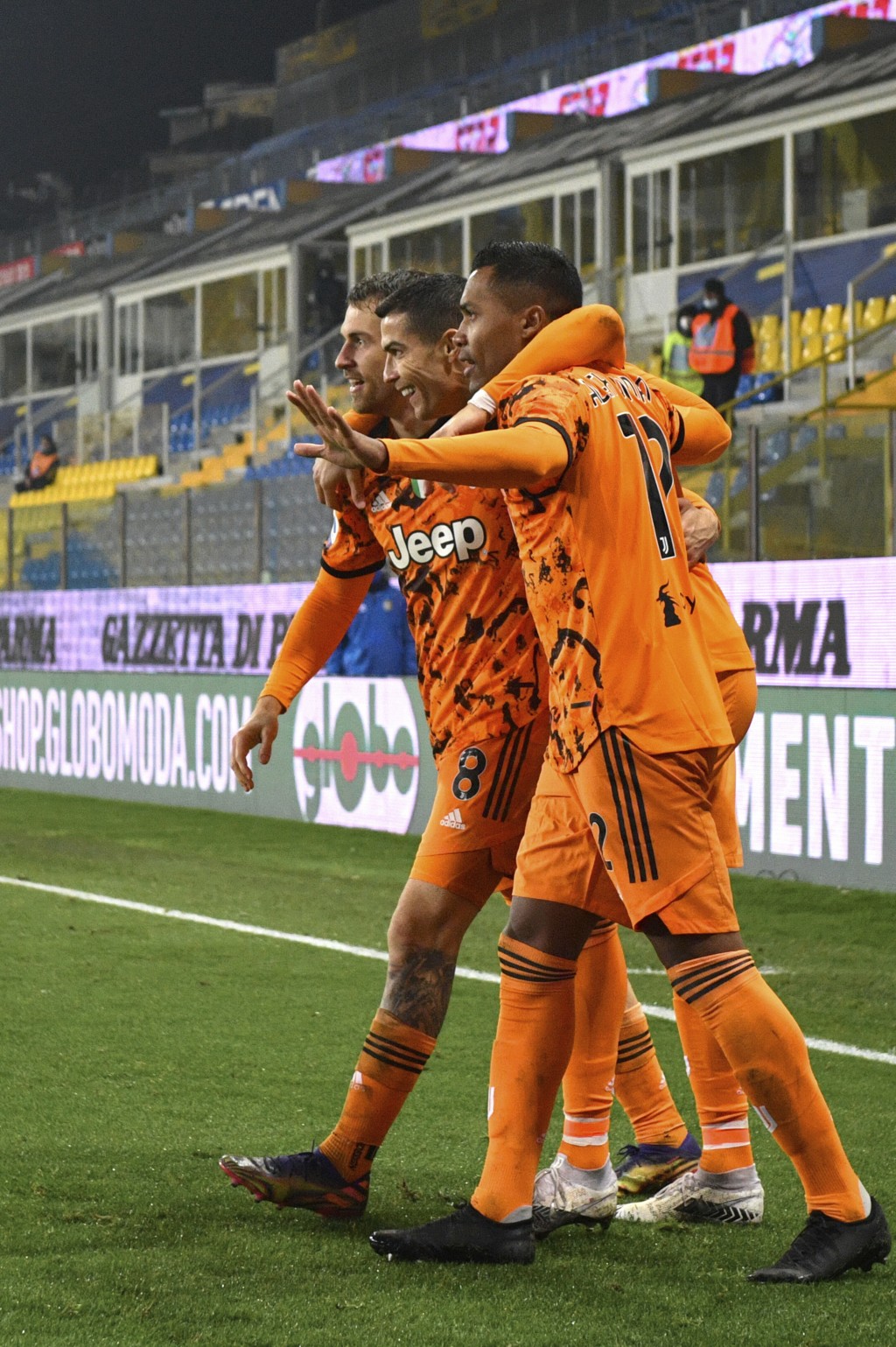 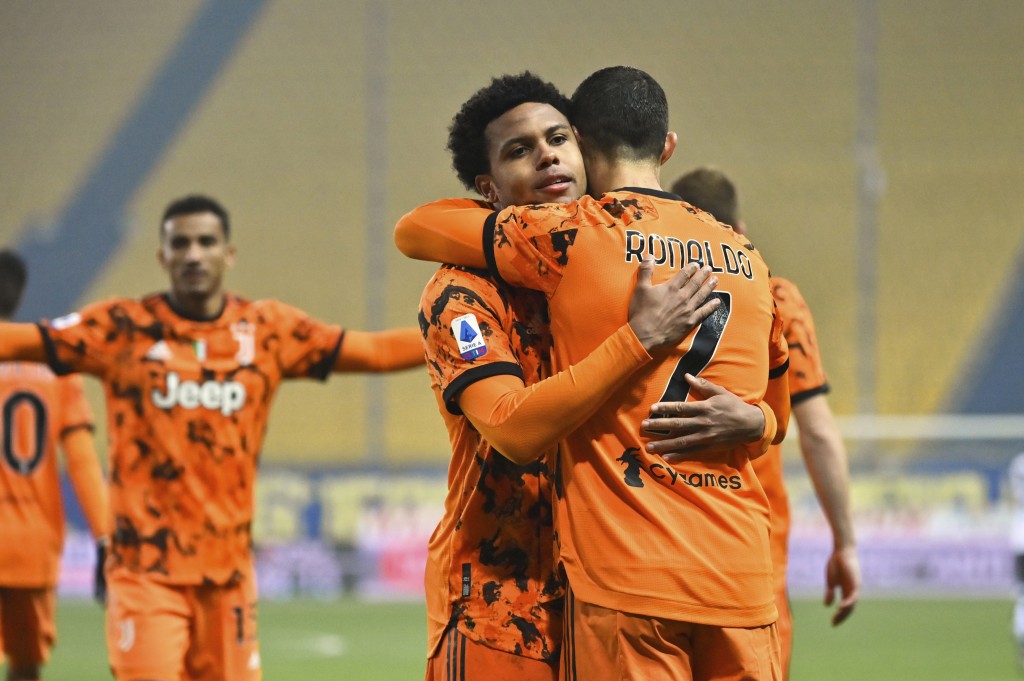 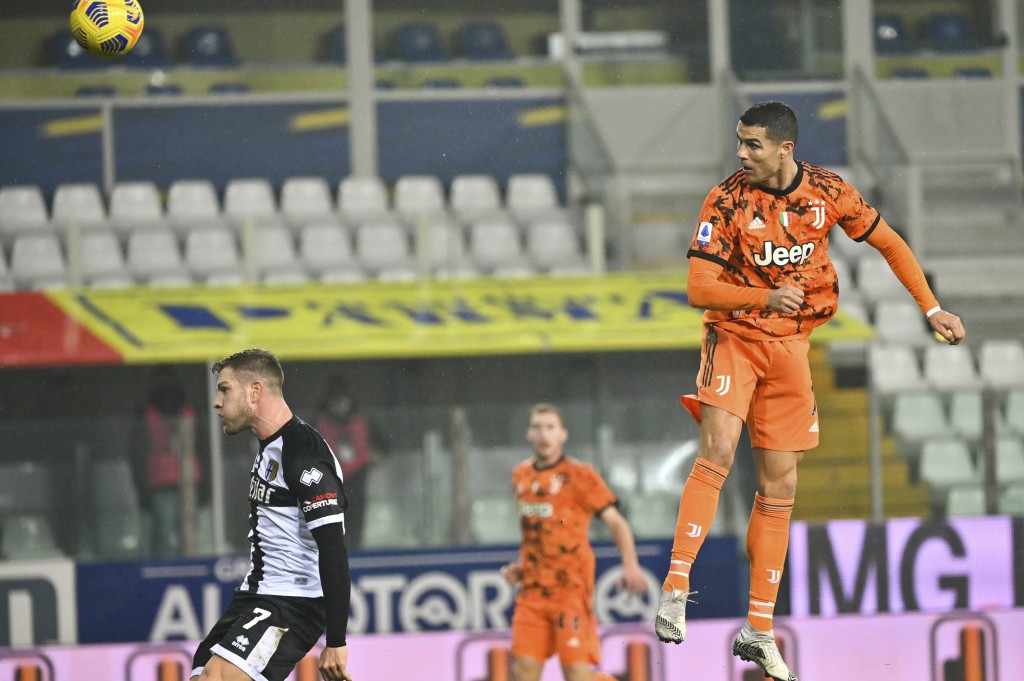 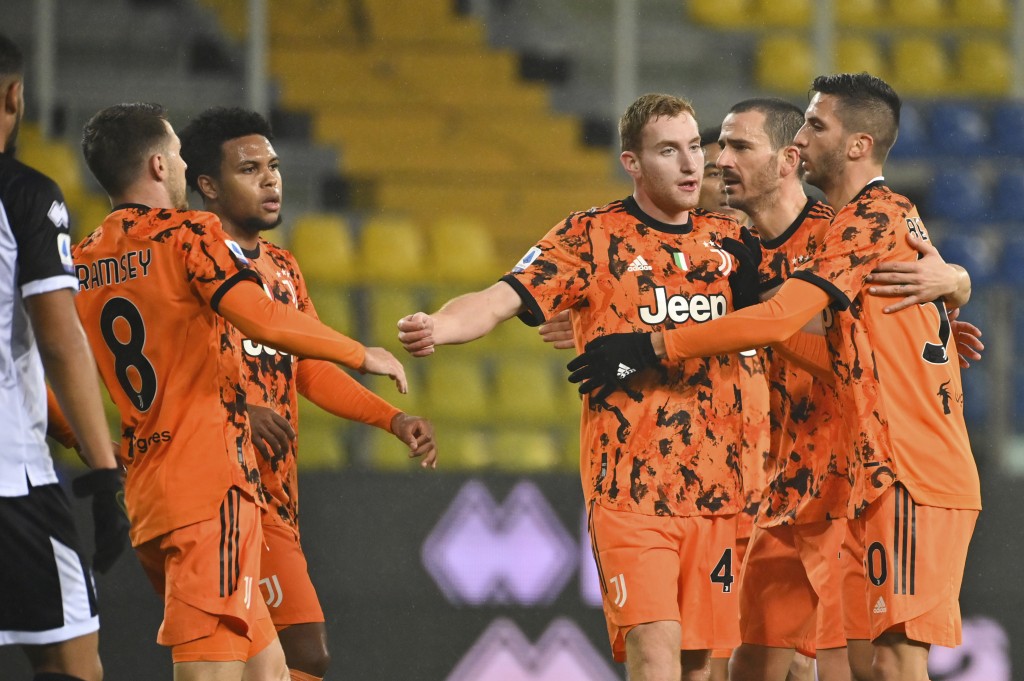 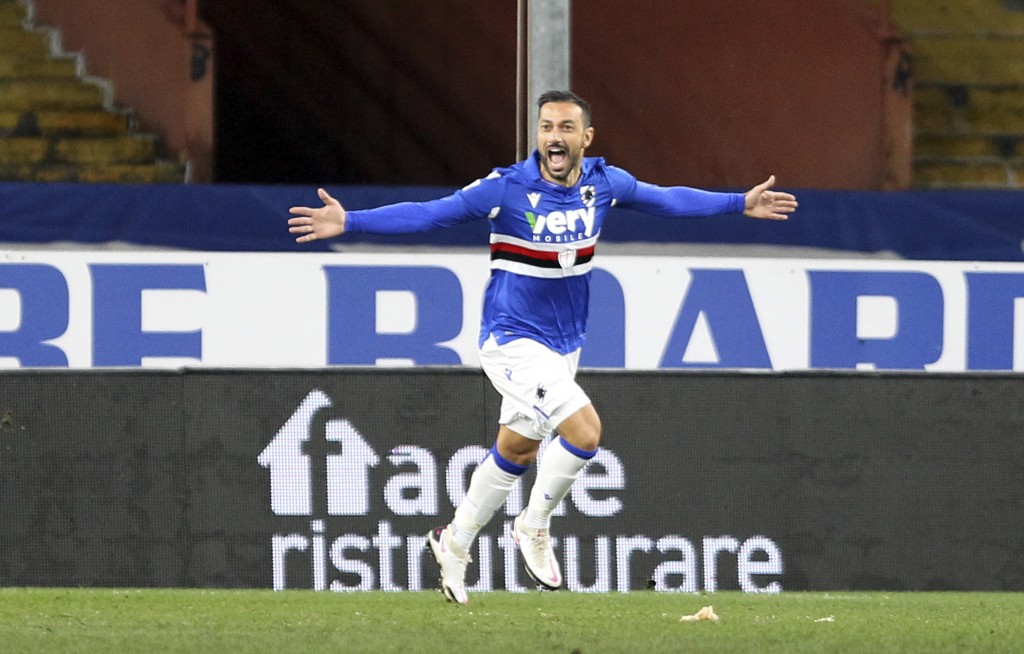 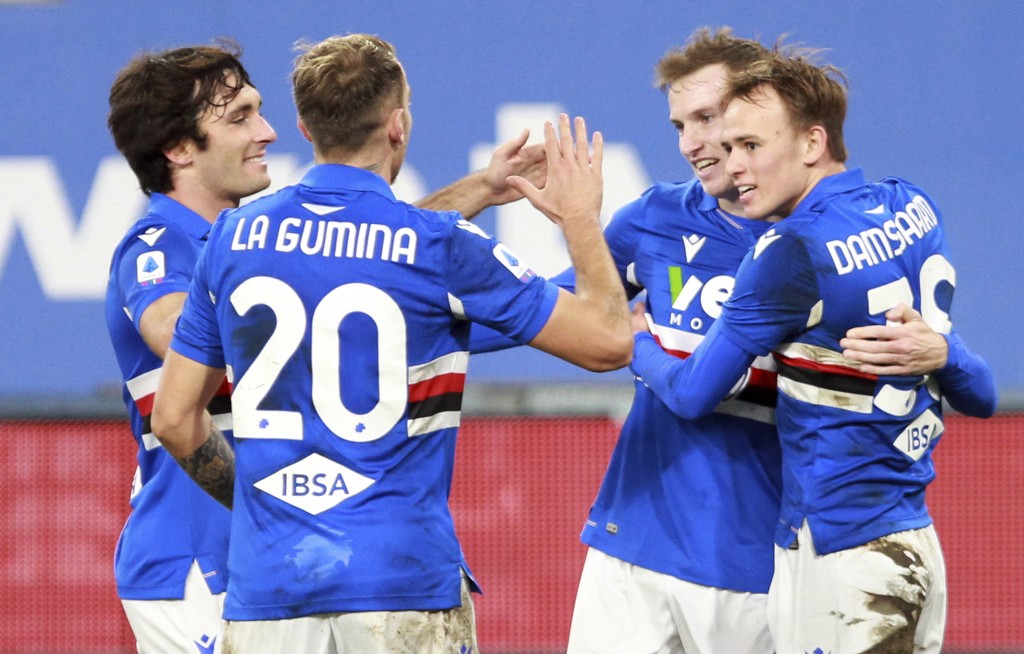 MILAN (AP) — Cristiano Ronaldo responded to recent criticism with two goals to help Juventus win at Parma 4-0 in Serie A on Saturday.

Both Milan sides play on Sunday, when the Rossoneri travels to Sassuolo and Inter hosts Spezia.

Juventus has drawn half of its 12 Serie A matches. In the last stalemate midweek against Atalanta, Ronaldo had an unusually sub-par performance and a penalty saved.

Kulusevski was given a start against his old club. The 20-year-old midfielder spent last season on loan at Parma, during which he completed a permanent transfer from Atalanta to Juventus.

Kulusevski was quickest to react to a low cross from Alex Sandro from the left, knocking it into the far bottom corner in the 23rd minute.

Juventus doubled its lead just three minutes later when Álvaro Morata floated in a cross from the right and Ronaldo leapt up high to head it in.

Ronaldo had his second three minutes into the second half with an angled drive past Luigi Sepe after being picked out by Aaron Ramsey.

Morata added the fourth when he headed in Federico Bernardeschi’s cross.

Bottom club Crotone’s recent run of positive results was halted at Sampdoria in a 3-1 loss.

Crotone picked up four of its six points from its past two matches, but goals from Mikkel Damsgaard and Jakub Jankto gave Sampdoria a 2-0 start.

Simy pulled one back for Crotone from the penalty spot on the stroke of halftime but substitute Fabio Quagliarella restored Samp’s two-goal advantage in the second half, five minutes after coming off the bench.

Crotone slipped five points from safety after Fiorentina drew against Hellas Verona 1-1. Both teams netted penalties early in the first half.