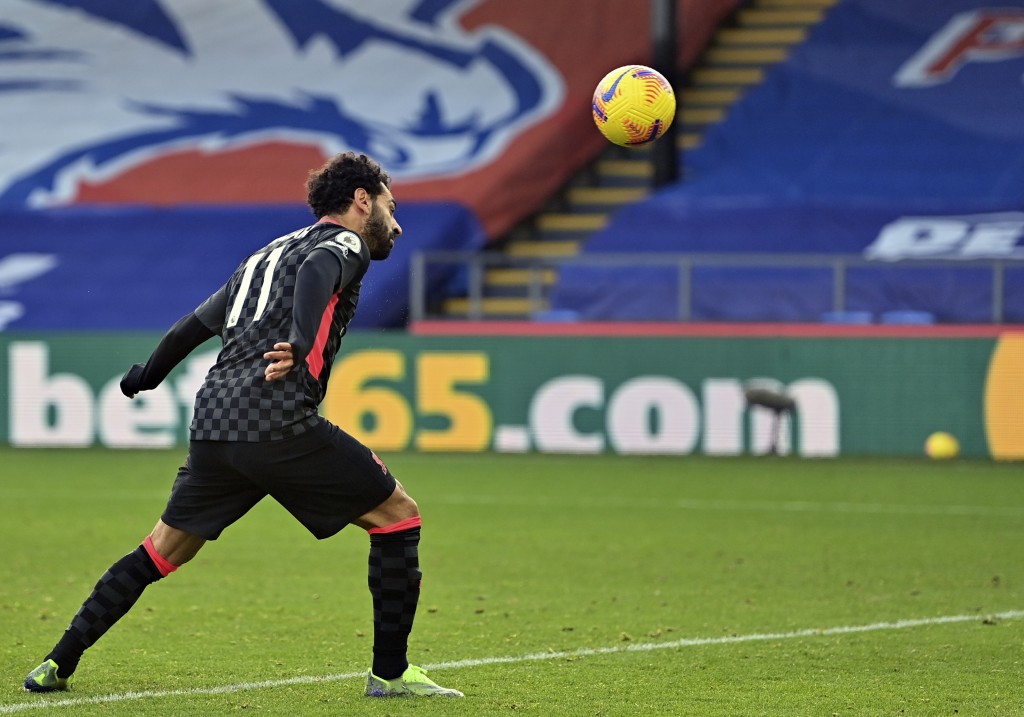 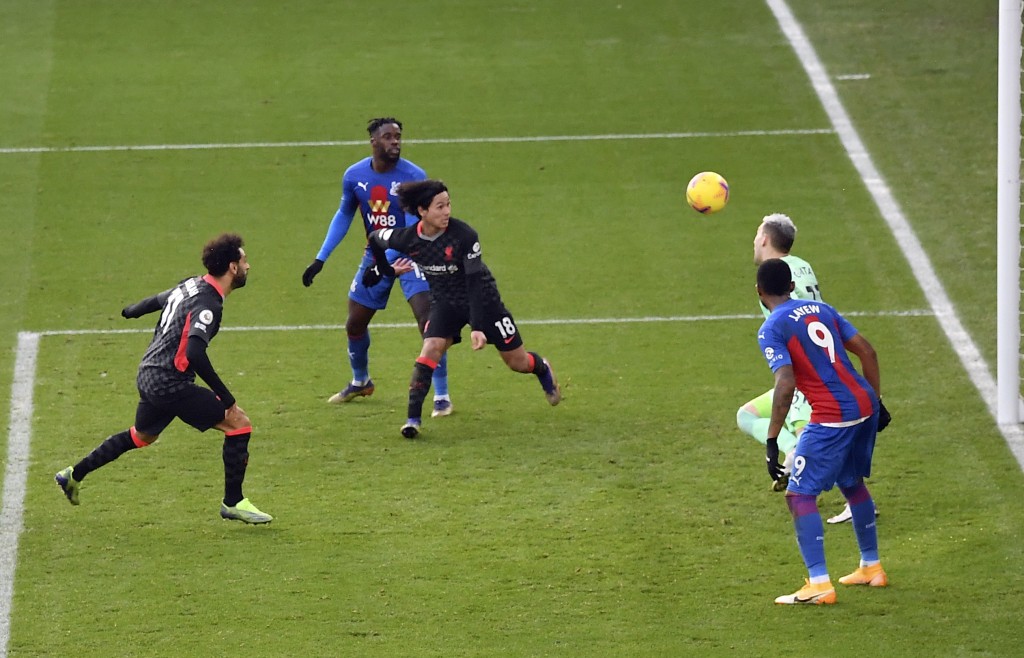 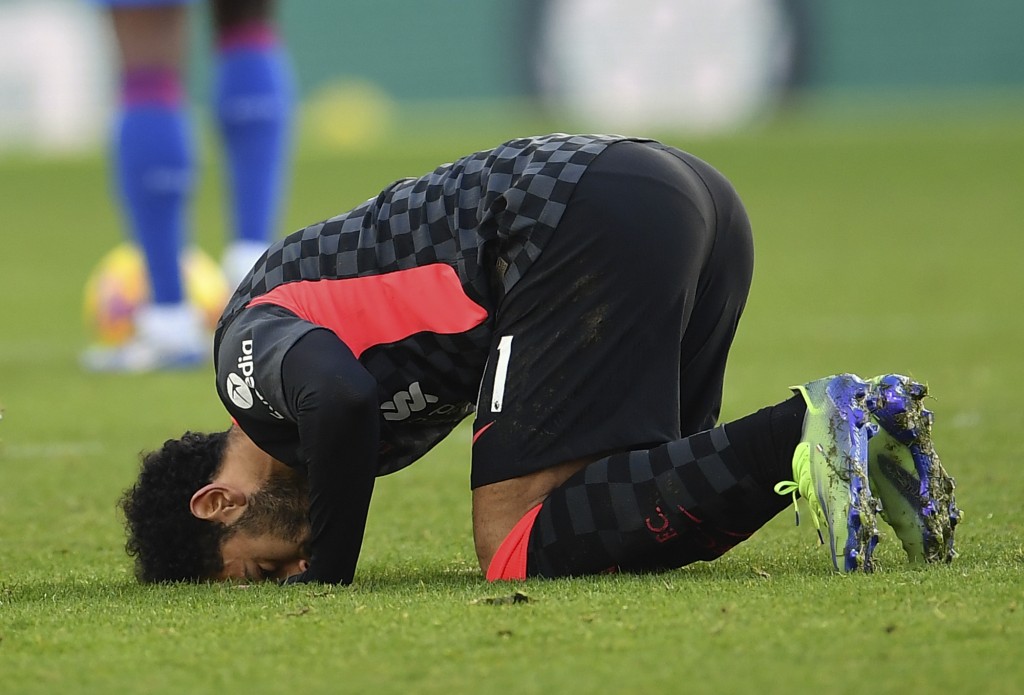 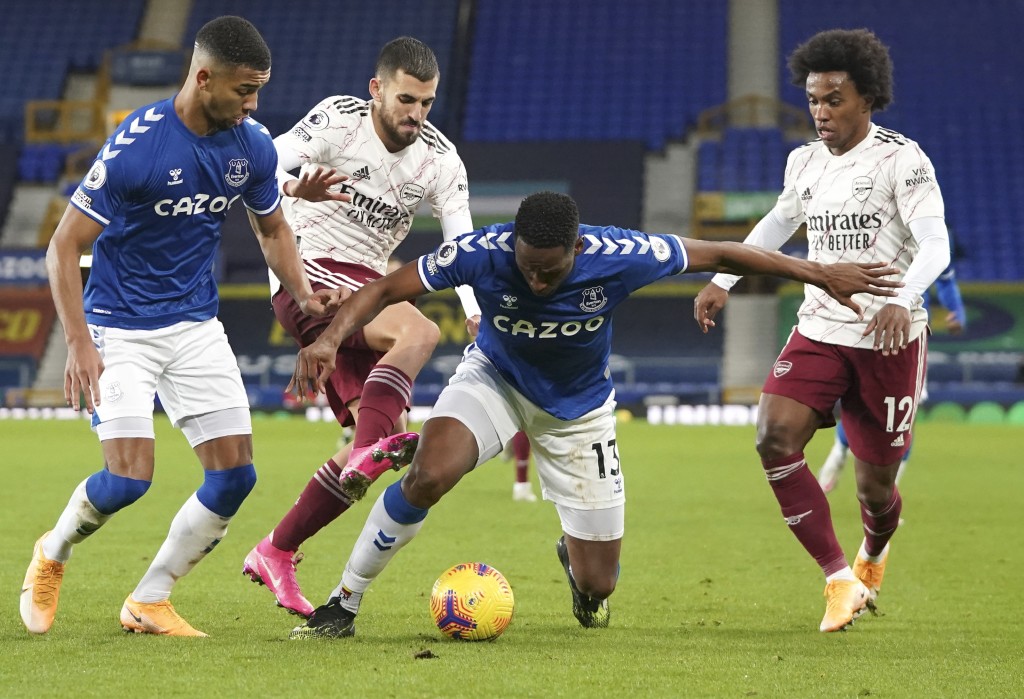 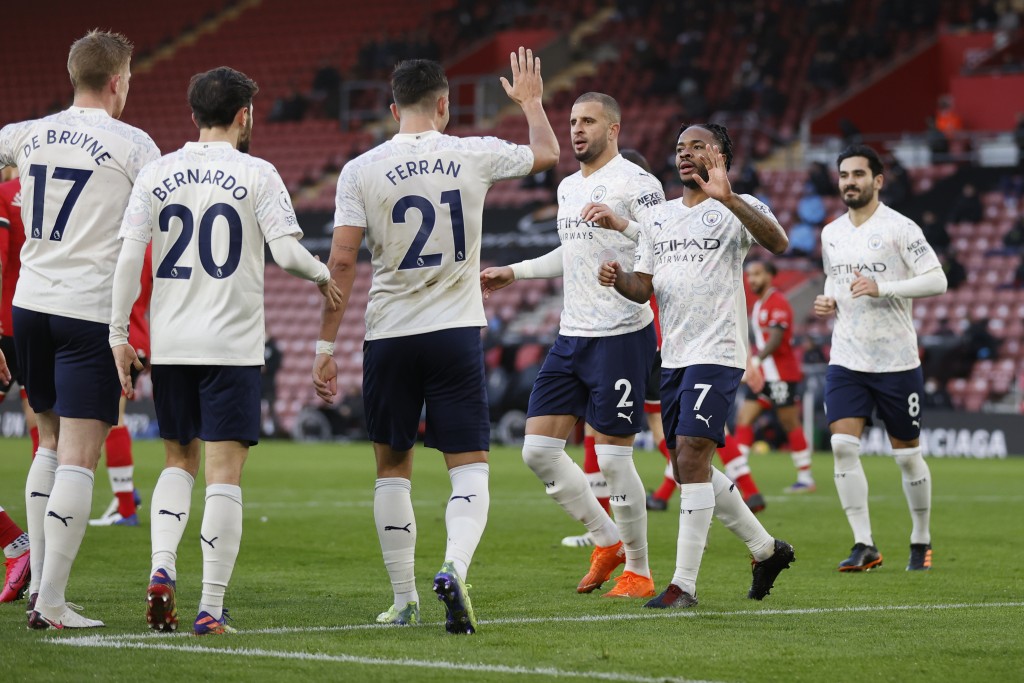 LONDON (AP) — It's like the clock has been wound back 35 years with Liverpool and Everton as the English league frontrunners.

Seeing Liverpool at the top of the Premier League is a more familiar sight. A 7-0 rout of Crystal Palace on Saturday was the type of ruthless attacking display that helped Jürgen Klopp end the team's 30-year title drought last season.

Everton hasn't won the league since 1985 and 1987 when they sandwiched a runner-up season to its neighbor. A 2-1 victory over Arsenal was Everton's third success in eight days, taking Carlo Ancelotti's side up to second, five points behind the champions.

Everton can be overtaken by either Tottenham or Leicester, who meet on Sunday. Staying in the top four would be significant not only as a sporting achievement but also financially for Everton, given the club reported losses of 140 million pounds ($185 million) in the last financial year — in part due to the pandemic.

Liverpool and Everton are among only four of the 20 Premier League clubs allowed fans — albeit only 2,000 —- due to coronavirus restrictions. Southampton was also allowed a crowd on Saturday but still lost to Manchester City 1-0.

Surprisingly, though, it is Southampton in fifth place — a place and a point ahead of Pep Guardiola's expensively assembled City side that won the 2018 and 2019 titles.

An emphatic victory at Palace was a stylish way to end a five-game winless for Liverpool, which could even start with Mohamed Salah on the bench.

The league top scorer still managed two goals after coming on in the second half, and set up one of Roberto Firmino's double.

Salah was one of seven different players to provide the assists — starting with Sadio Mane for Takumi Minamino inside two minutes, allowing the Japan forward to net his first Premier League goal a year after his transfer was announced.

Firmino set up Mane to net on the turn in the 35th before scoring himself before halftime after being released by Andy Robertson.

Henderson curled the fourth into the top corner seven minutes into the second half after meeting Trent Alexander-Arnold’s cutback.

Salah's entry from the bench — a rare spot for the striker — started with an assist for Firmino to chip goalkeeper Vicente Guaita in the 68th.

Salah had to wait until the 81st to score himself, nodding in after Joel Matip headed on a corner.

The Egyptian curled his 13th of the league into the top left after being set up by Alex Oxlade-Chamberlain, who made his first appearance since July following a knee injury.

Arsenal is in an even worse state than it was when Mikel Arteta took charge last December. The London club is five places worse off in 15th.

It's seven games without a win in the league for Arteta, who played for Everton as well as Arsenal.

Yerry Mina’s header on the stroke of halftime was Everton's only shot on target but it was enough to seal the victory after Rob Holding’s own goal opener was canceled out by Nicolas Pepe’s penalty.

After back-to-back draws, Manchester City collected three points thanks to Raheem Sterling scoring from Kevin De Bruyne's cross at Southampton. The south coast side had lost only one of its previous 11 games.