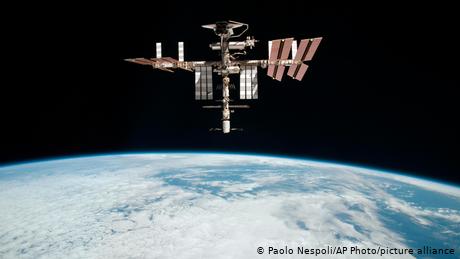 The International Space Station is still losing oxygen but the situation is under control, Russian space agency Roscosmos said on Saturday, adding that the agency was ready to send an additional supply of oxygen if the problem escalates.

The leak is affecting the Russian section of the ISS, with the fault apparently located in an access section to the Zvezda module. The exact location is not yet clear, Russian media reported.

"We have had this leak for quite some time, the rate is very small, nothing has happened. One of the leaks was found and reduced, but it still remains," Roscosmos Program Director Sergei Krikalev told Russia's Interfax news agency.

Pressure to find the source of the leak is growing, as oxygen reserves and air pressure continue to decrease.

Cause of damage unknown

A 4.5-centimeter (1.7-inch) rip was already uncovered in October with the help of a floating tea bag, and sealed.

The astronauts, unaware of what caused the damage, then realized there was another leak from elsewhere in the same section of the 20-year-old spacecraft. However, they failed to find the fault during a spacewalk in November.

The astronauts are considering the possibility of sealing off the affected section and using oxygen reserves, but say this would impact the overall operation of the ISS.

'Everything is under control'

Roscosmos has said there is no danger to the seven people on board the ISS, which includes four Americans, two Russians and a Japanese astronaut.

Agency head Dmitry Rogozin assured the public that there were reserves of oxygen on board and that a scheduled cargo delivery in February would include oxygen.

"First, the station itself has oxygen reserves. That is, if it is necessary to replenish oxygen and nitrogen in the event of atmospheric pressure losses, we have such reserves. And we are going to send a cargo ship to the ISS in February. It already has a supply of oxygen," Rogozin was quoted as saying by Russia's TASS news agency.

"If necessary, we can use our relationship with NASA and send part of the cargo, including oxygen, with an American cargo ship," said Rogozin. "There is no need to worry, everything is fine, everything is under control."