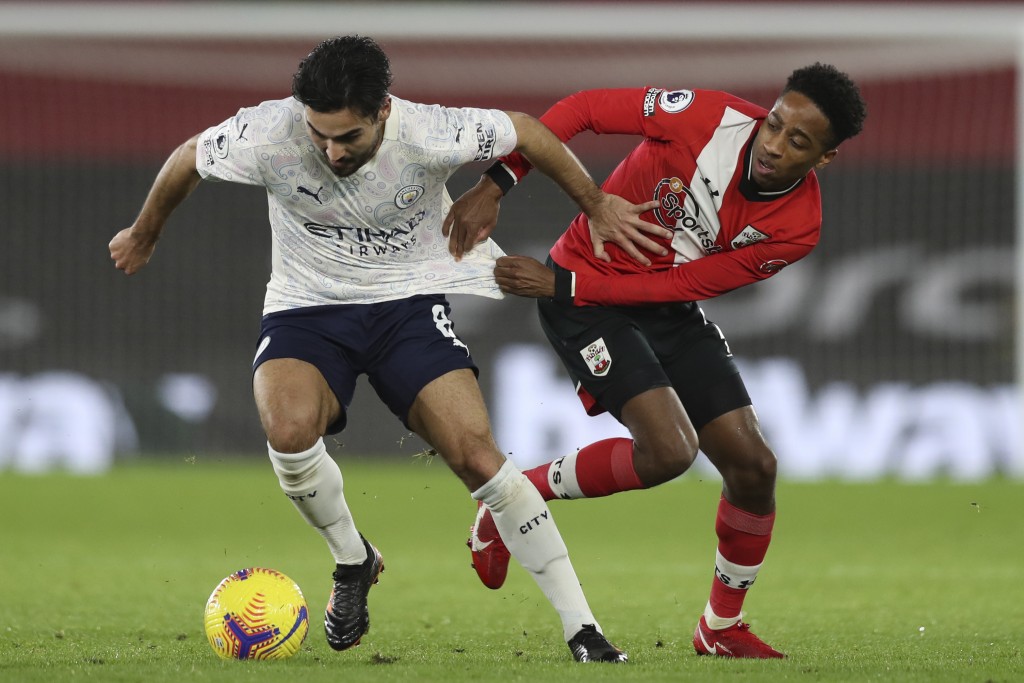 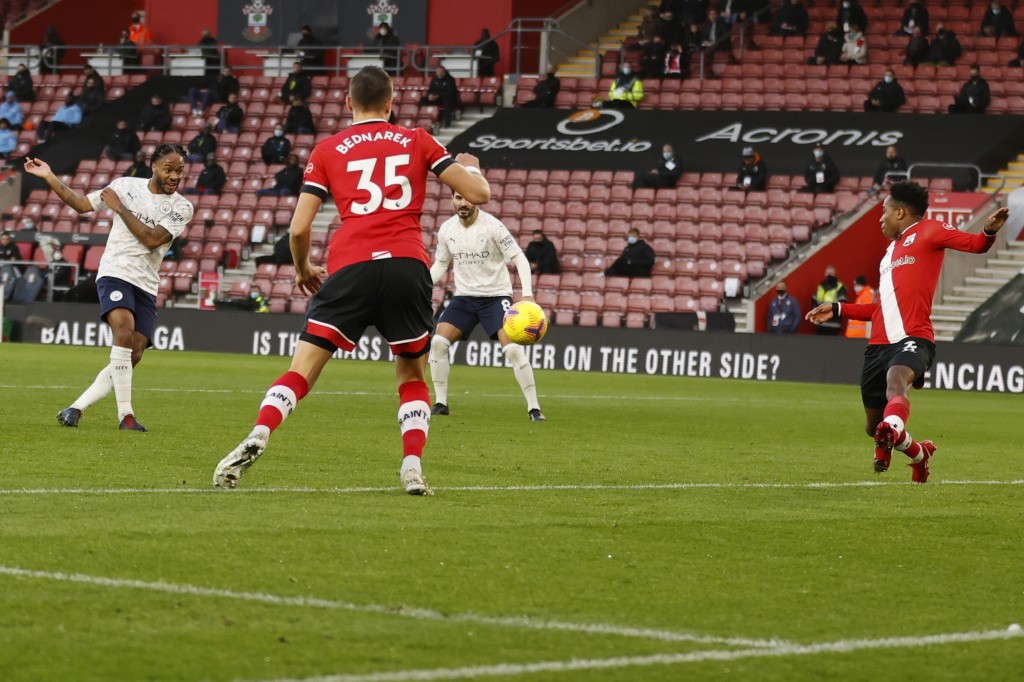 Southampton went into the game third in the standings after one defeat in its previous 11 games.

Manager Pep Guardiola’s City looked resolute at the back throughout, although they have yet to hit their stride and amassed just 19 goals from their first 13 league games.

When the chance came, however, City was clinical as Sterling turned in a well-struck low De Bruyne cross in the 16th minute.

Saints manager Ralph Hasenhuttl said before the game he would be open to making Theo Walcott’s season-long loan from Everton permanent and he looked to repay his manager’s faith in him, causing problems for City down the right-hand side all afternoon.

But Southampton's task was made more difficult after Danny Ings, who has seven goals this season, was forced off just before the break.