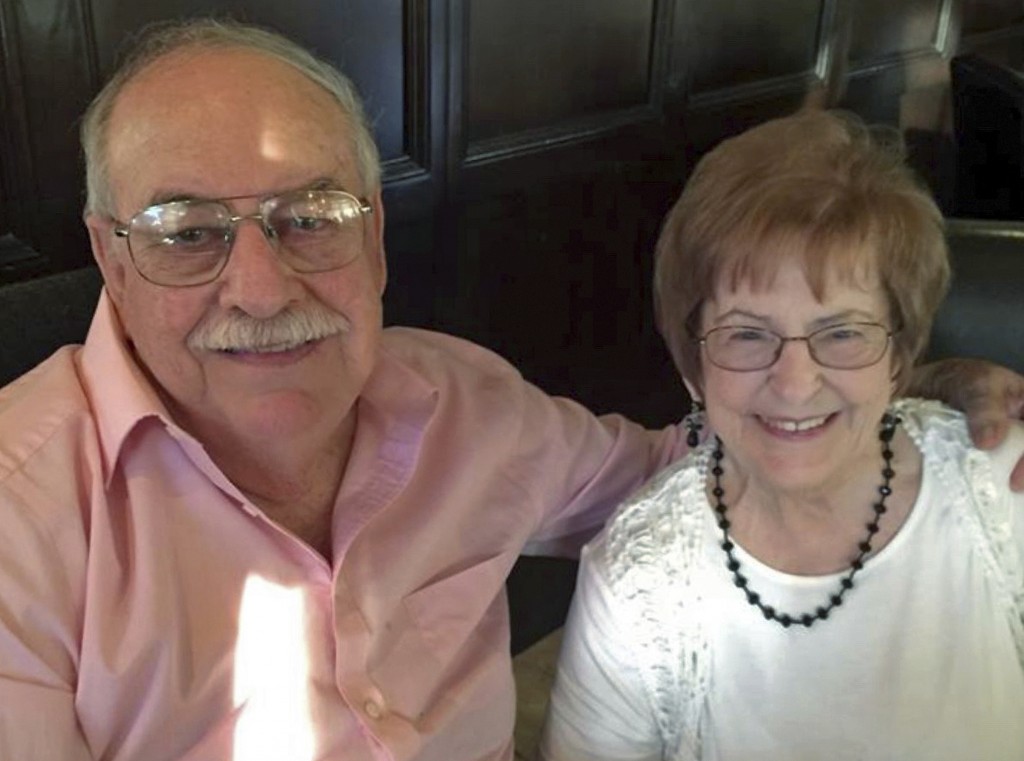 First, Theresa Pirozzi’s 85-year-old dad got sick and was rushed to the hospital in an ambulance. Days later, her mom was so weak she could barely walk. Now, instead of getting ready for Christmas, Pirozzi is anxiously awaiting updates from the hospital where both of her parents are in intensive care with the coronavirus.

The couple is emblematic of the crisis deepening at an alarming rate in California, where hospitals are being stretched to their limits as the virus explodes across the state. Nearly 17,000 people were hospitalized with confirmed or suspected COVID-19 infections as of Friday and a state model that uses current data to forecast future trends shows the number could reach an unfathomable 75,000 by mid-January.

With California's more than 48,000 new cases leading the way, the United States as a whole added a record 249,709 new cases of COVID-19 in one day, according to Johns Hopkins University. An additional 2,814 people died nationwide, pushing the death toll to more than 313,000.

Cases were on the rise before Thanksgiving, and holiday gatherings sent them even higher. Health officials now fear the increase will only be compounded through Christmas and New Year’s. In many places, health officials say, people tired of wearing face masks and staying away from others are simply disregarding suggested precautions.

While federal regulators have approved two vaccines to combat the illness and doses already have been given to thousands of people, mainly health care workers, widespread vaccinations for the general public aren't expected before spring.

Several states have said the federal government told them that next week’s shipment of the Pfizer-BioNTech vaccine will be smaller than originally projected. The Army general in charge of getting COVID-19 vaccines out across the U.S. apologized Saturday for “miscommunication” with states over the number of doses to be delivered in the early stages of distribution.

In another potential complication, England’s chief medical officer, Chris Whitty, said Saturday the U.K. had informed the World Health Organization that officials believe a new variant of the coronavirus can spread more rapidly. Britain’s health secretary said this week that the new variant was believed to be linked to the rapid surge of COVID-19 cases in south and southeastern England.

In California, hospitals across the state are buckling under a surge of patients and morgue space is running low. Hospitals are running out of intensive care unit beds and patients are being cared for at several overflow locations. In some places, the sick are being triaged in tents and ambulances are backing up outside emergency rooms because there is nowhere to put patients.

When Pirozzi’s father, Jerry, arrived at the Los Robles Regional Medical Center in Thousands Oaks, it was so packed with patients that he had to spend two days in the emergency room before an intensive care bed opened up, Pirozzi said. She kept calling the hospital, but ER nurses told her they had no rooms, she said.

“I’m sure that was very difficult for him, being confused, not being able to breathe, being alone,” Pirozzi said. “They're doing the best they can, but they are just completely stressed and overworked."

Her mother, Shirley, was taken to the same hospital four days later and was moved into a separate room, she said. Pirozzi said her family hasn't told Jerry that his wife of more than 57 years is also hospitalized; she fears that would only make him worse.

“I want him to be a little stronger so it doesn’t roll him backwards,” she said. “Because I know all he cares about is his bride.”

Pirozzi said both of her parents have been having panic attacks. Since family members can't visit, she has been delivering written notes in a plastic bag that she asks nurses to read to them.

She pleaded with the public to take the virus seriously.

“I wouldn't wish this on my worst enemy, having them both go down within five or seven days of each other,” she said. “Do whatever you can to protect yourself because you don't want to have this happen to you."