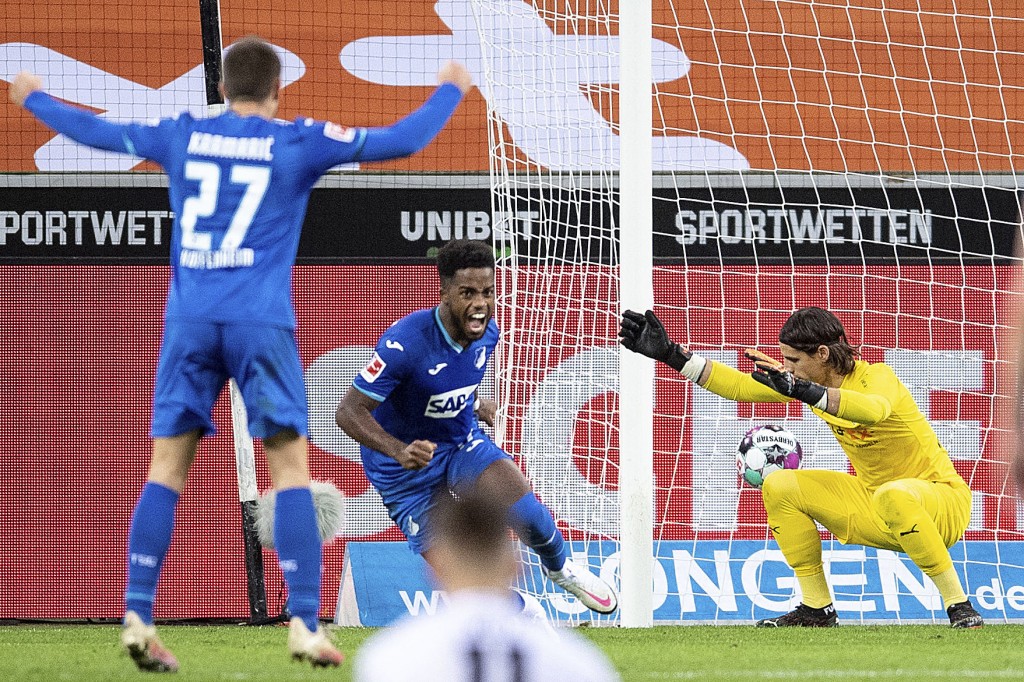 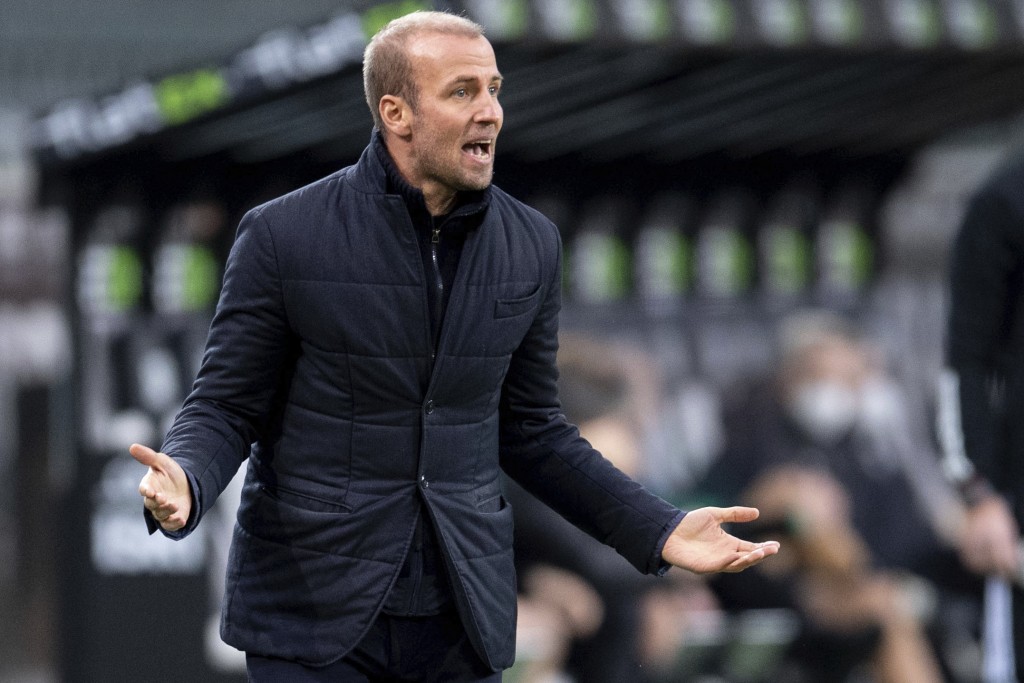 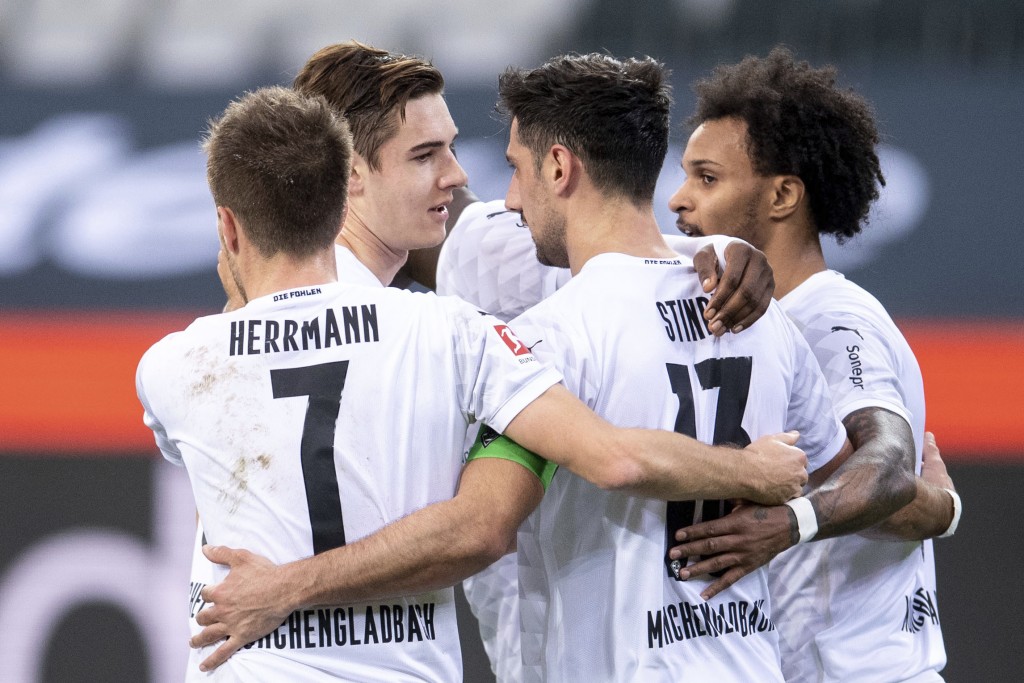 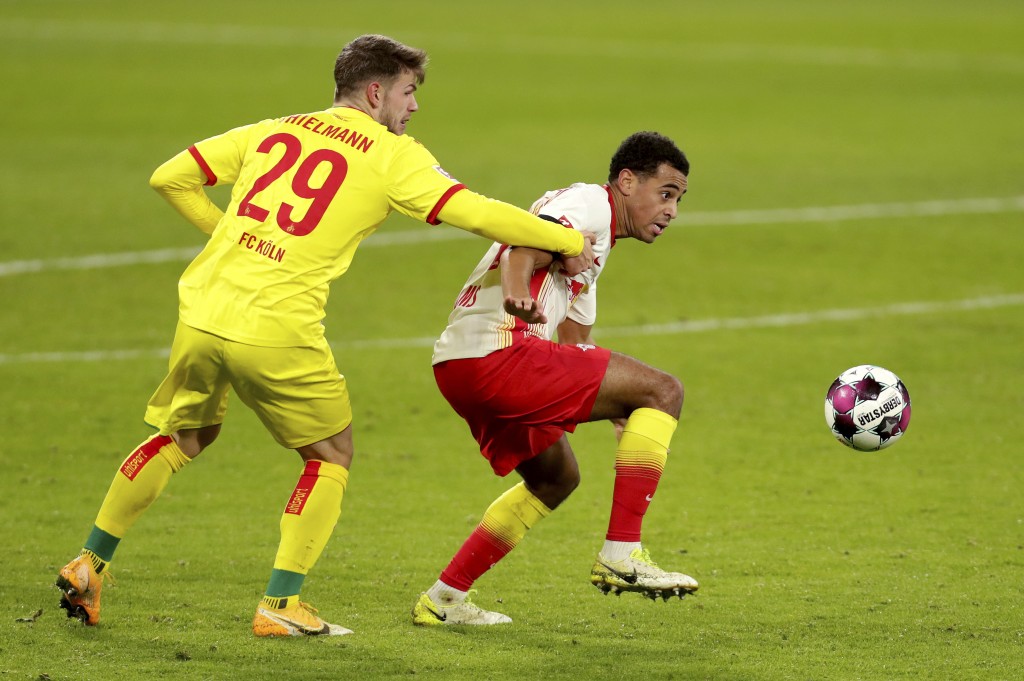 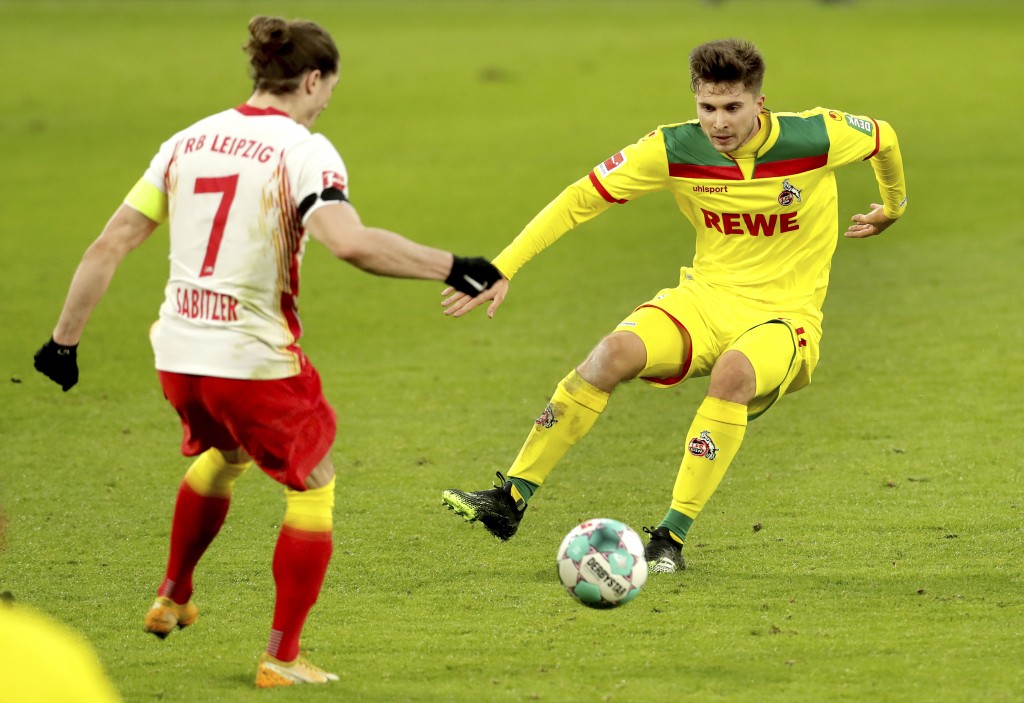 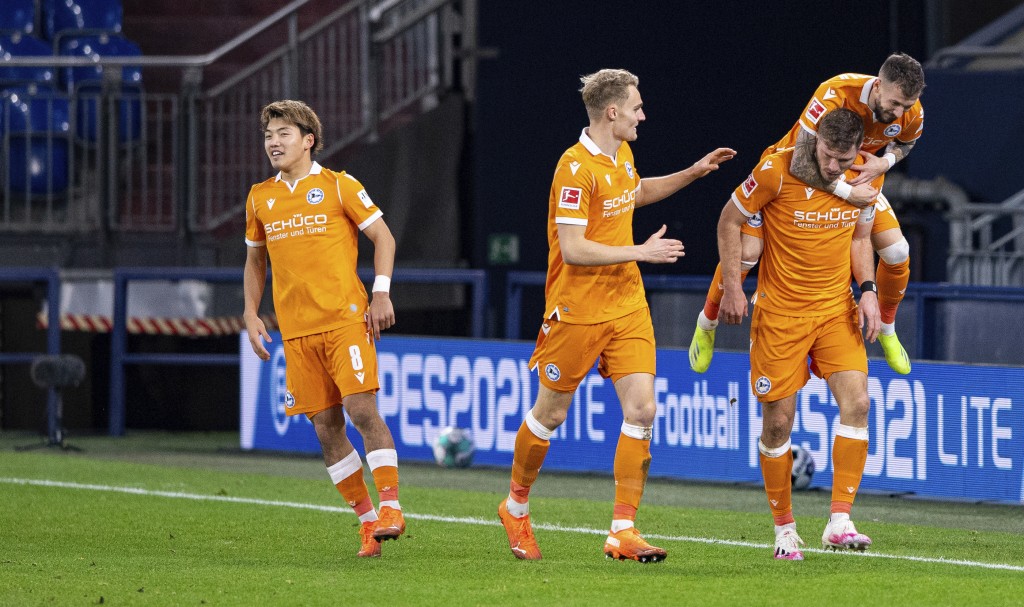 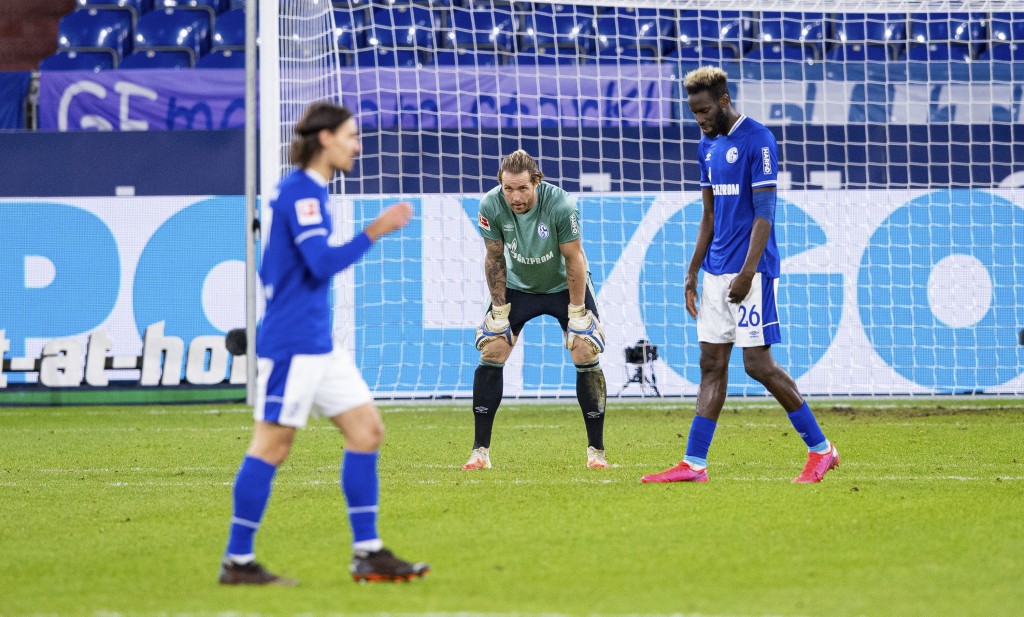 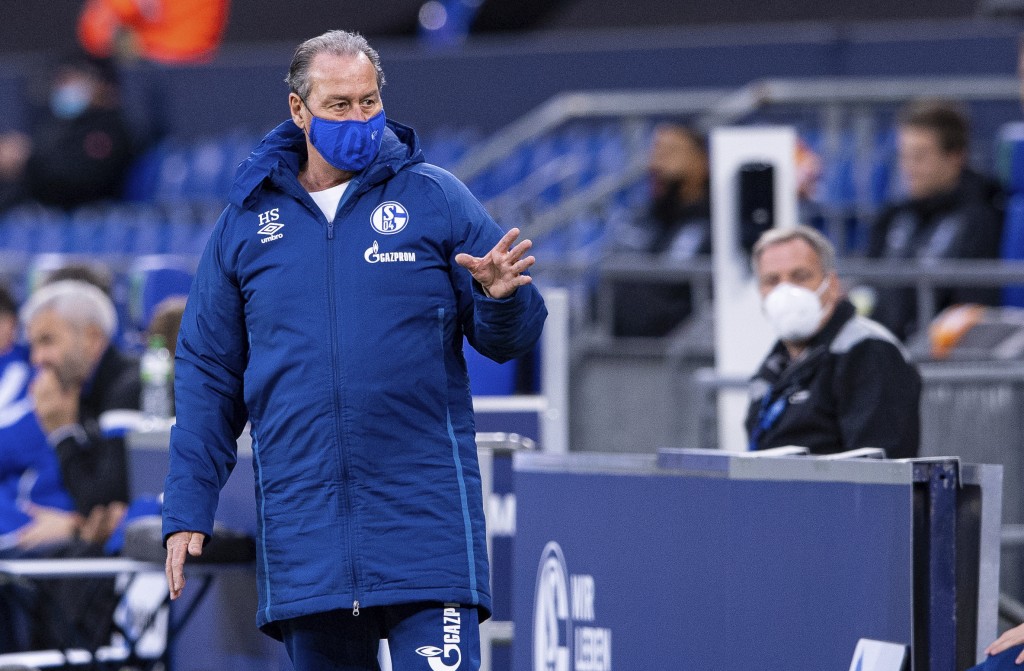 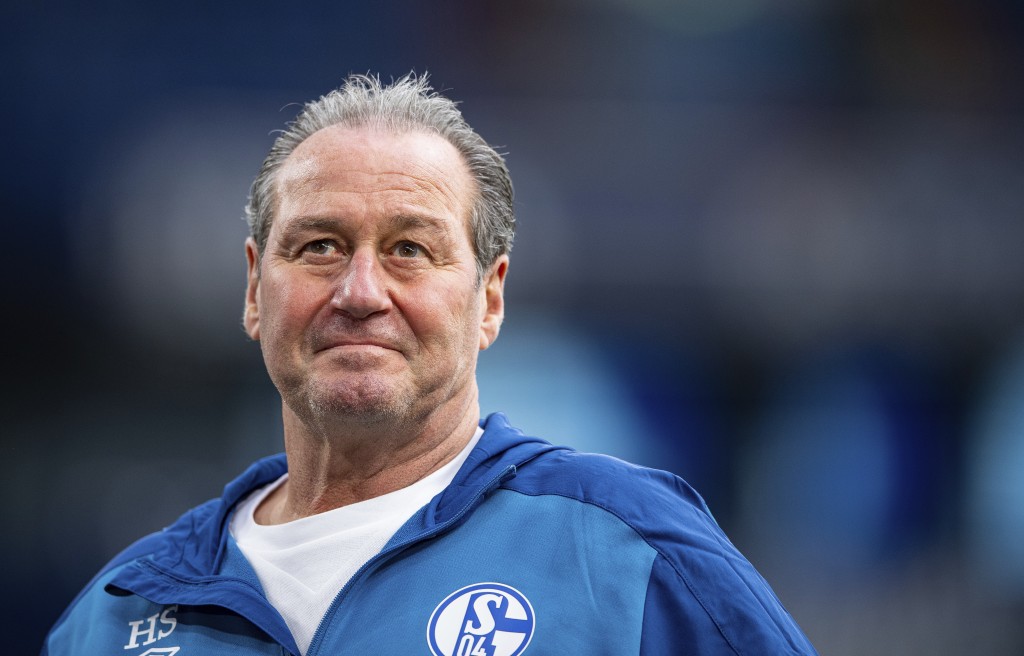 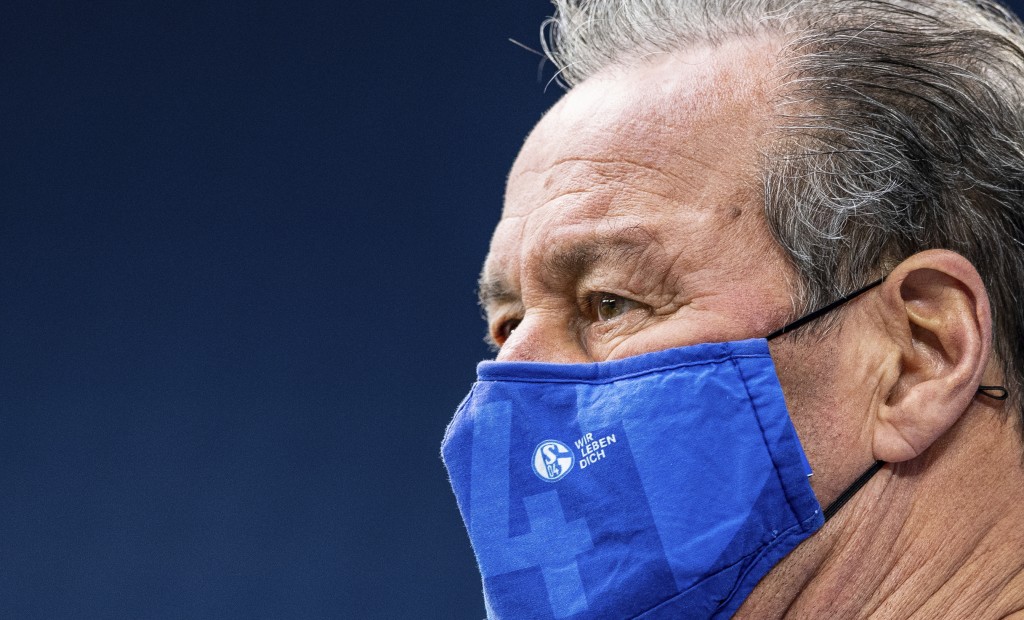 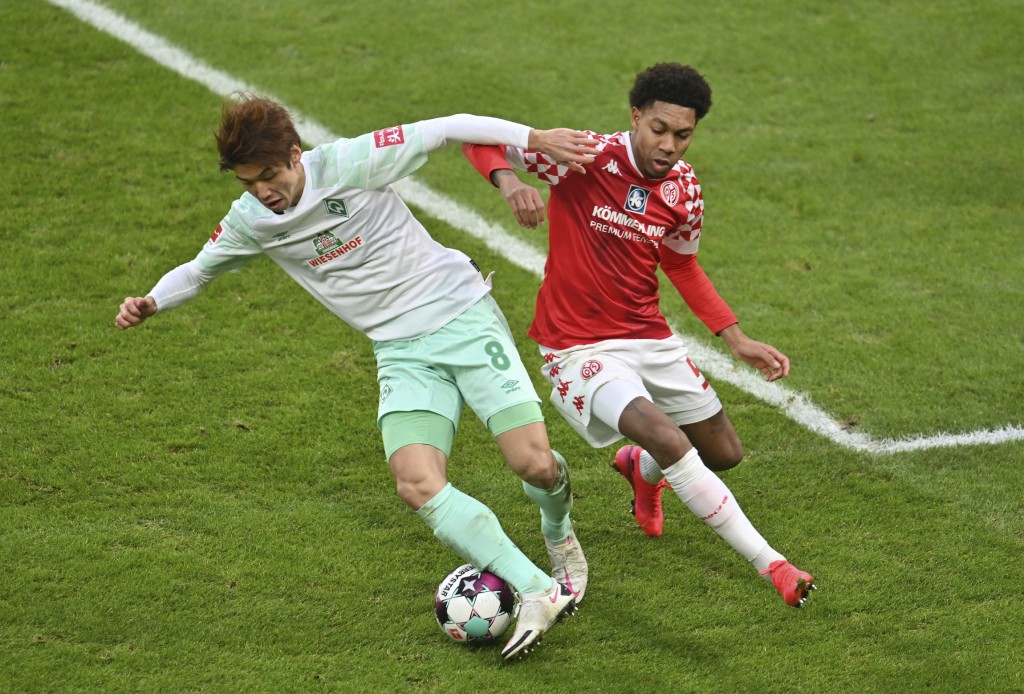 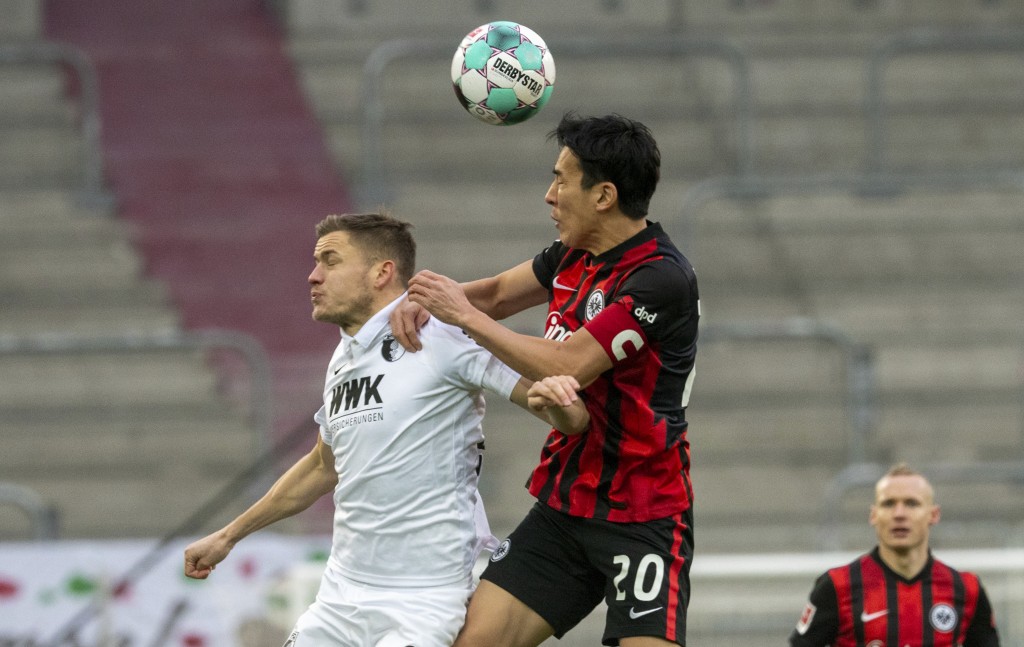 BERLIN (AP) — Borussia Mönchengladbach striker Marcus Thuram was sent off for spitting in the face of an opponent and his side went on to lose to Hoffenheim 2-1 in the Bundesliga on Saturday.

Thuram spat in Hoffenheim defender Stefan Posch’s face in the 77th minute after a disagreement between them. Referee Frank Willenborg received a signal to consult video and showed the French player the red card. The score was 1-1.

Posch was booked and subsequently substituted for Kevin Akpoguma, who set up Ryan Sessegnon for Hoffenheim’s winner from close range in the 86th.

Leipzig missed the chance to move to the top ahead of the late game between Bayer Leverkusen and Bayern Munich. Leverkusen – the only remaining unbeaten team – leads the defending champion by a point.

Even a change of coach did little to help Schalke snap its long run without a win. Fabian Klos scored early in the second half for relegation rival Arminia Bielefeld to beat interim coach Huub Stevens’ team 1-0. Arminia Bielefeld moved six points above Schalke, which remained on the bottom.

Stevens replaced the fired Manuel Baum on Friday for the game against Bielefeld and cup game against Ulm on Tuesday before Schalke finds a permanent replacement for the new year. Its winless run in the Bundesliga is at 29 games and closing in on Tasmania Berlin's league record of 31 straight games without a victory from the 1965-66 season.

Also, Eren Dinkci scored in the last minute for Werder Bremen to win at Mainz 1-0, and Eintracht Frankfurt won at Augsburg 2-0.