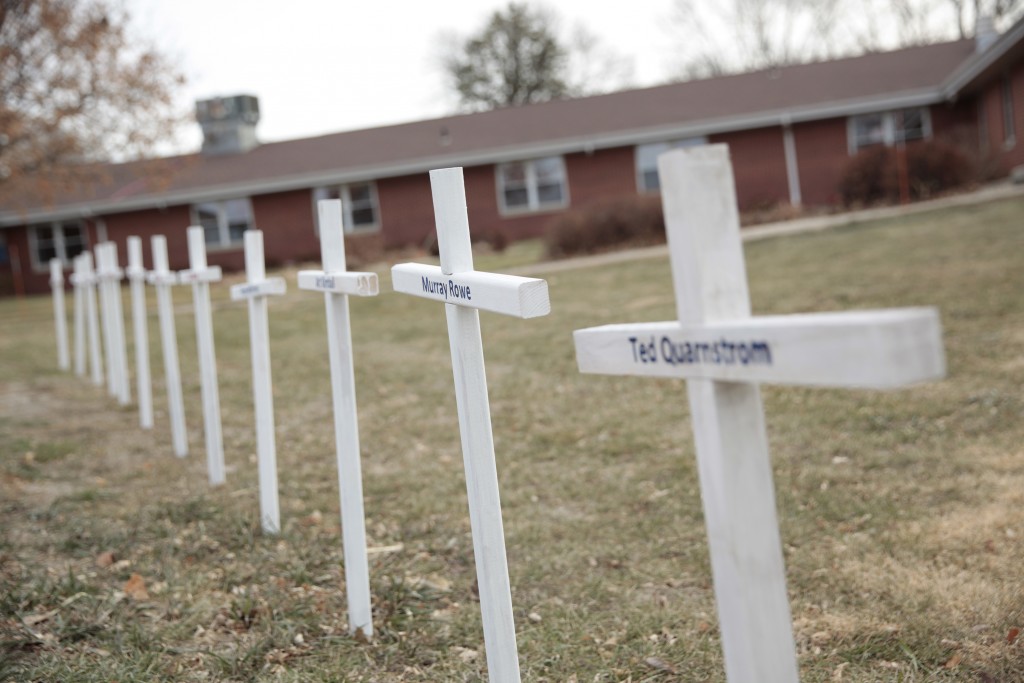 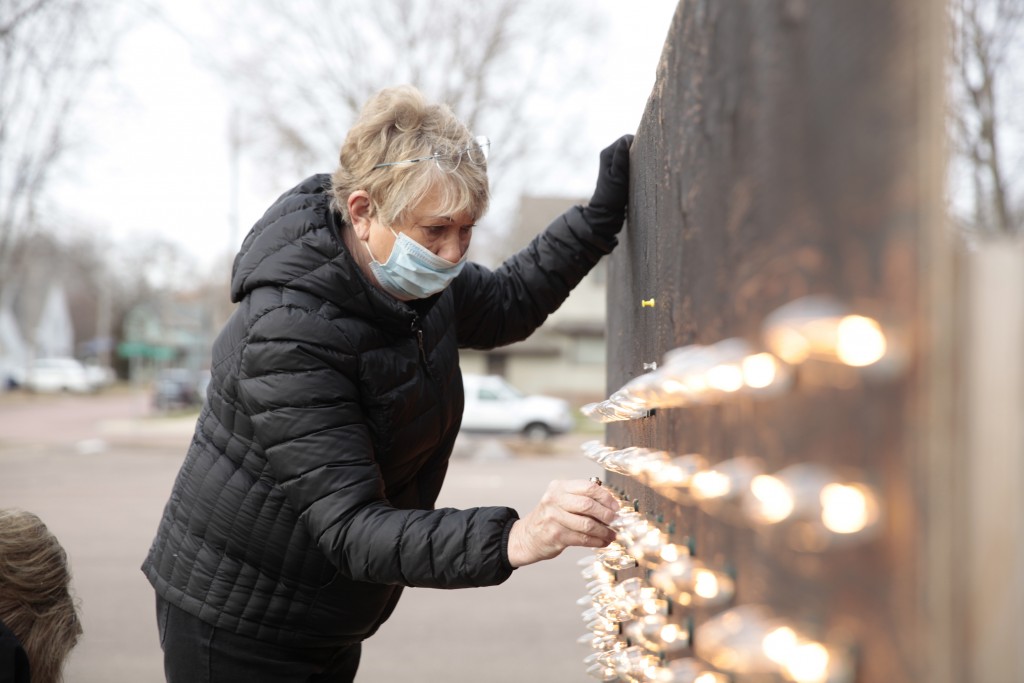 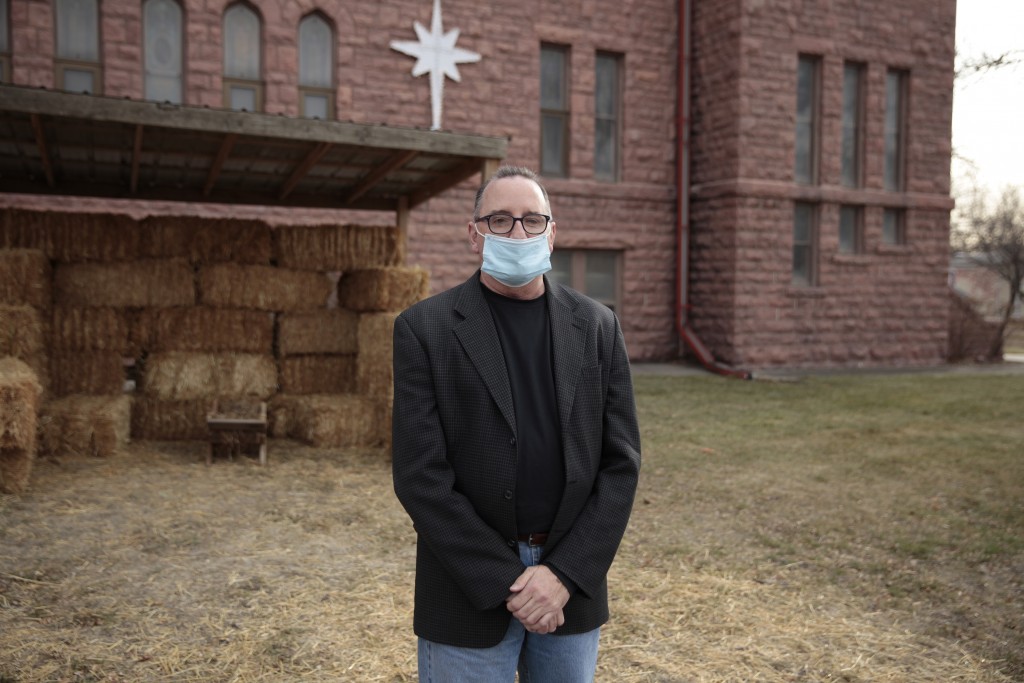 CANTON, S.D. (AP) — The Nativity stable at Canton Lutheran Church will be silent this year, breaking from a community tradition of gathering for a live Christmas performance. Instead, churches in this rural corner of South Dakota are grappling with how to approach an Advent filled with quiet mourning after the coronavirus tore through the region.

Church announcements are marked not with parties and performances, but with deaths. South Dakota and North Dakota, states largely spared from the worst of the pandemic during the spring and summer, have seen a frightening pace of death since October. The states’ per capita death over the fall was almost double that of even the next worst-off state.

Even as congregations mourn, they are finding new significance in Advent, when Christians mark the long, dark nights leading up to Christmas as they prepare to celebrate the birth of Jesus Christ.

“Advent is the season when we look forward, and long and wait for that new life to come upon us,” the Rev. Tim Thies said. “We’re a people hurting for hope.”

The church’s annual Nativity performance often draws a crowd of thousands to Canton, a city of about 3,500 people nestled against the Big Sioux River dividing South Dakota from Iowa. People come to see the camels, the angels who ascend on a hydraulic lift — and of course, the infant Jesus, played by one of the church’s newest arrivals.

The church canceled the live show, fearing that a large gathering would add to the virus' toll.

“There’s just a void and you can’t fill it,” Thies said.

Community grieving also has been halted, even as the impact of the deaths from the virus has rippled, said Cheryl Johnson, a member of Canton Lutheran. Memorial services for some people were postponed; others had small graveside gatherings.

“These were pillars of the community,” said Johnson. “There should have been hundreds of people at those services.”

One man who died operated a construction company that built many of the homes people live in; another operated a manufacturing business that was a big employer. Many from the older generation were faithful donors to the churches that run charities in town.

Canton Lutheran's congregation has lost 12 members over the last few months, from COVID-19 and other causes, Thies said.

The virus has been a crucible on the neighborly harmony that is the pride of many towns. Impassioned debates over politics and mask requirements, the unrelenting discomfort of isolation, the pain of losing loved ones and the pressures on medical workers have all compounded into discord.

Churches saw needs arising, even as they waded through divisions.

The Grand Valley Lutheran Church, a 126-year-old congregation of mostly farming families a few miles south of Canton, shut down services during the early days of the pandemic. But the Rev. Lance Lindgren — who later died of the virus — was adamant that the church continue to provide some form of worship, so hymns from the church organ streamed over Facebook.

The church did everything it could to meet spiritual needs, while still attempting to keep people safe. It purchased an FM transmitter so worshippers could listen from their cars, and Lindgren held drive-through communion. As the weather grew colder, Eric Scott, the congregational president, measured off the church’s fellowship hall to separate chairs by 6 feet (1.8 meters).

Then Canton was hit by a wave of cases. The 77-year-old pastor died on Nov. 3.

“With the passing of pastor Lance, the first question was: What do we do now?” Scott said.

Grand Valley was not the only area church reeling from loss. The pages of the local newspaper, The Sioux Valley News, filled with obituaries. The nursing home began marking deaths with small, white crosses on its front lawn.

Churches asked members to gather outside the nursing home, laying hands on its brick walls to offer prayers for residents and staff.

“It was a powerful moment where we were coming together in faith,” said Clay Lundberg, the pastor of the United Methodist Church in Canton.

Still, pastors struggled with how to comfort their congregations.

He and other pastors said they’ve been going back to the basics of ministering to their congregations: making phone calls, writing letters, and trying to make their presence felt.

“We don’t want people to slip through the cracks and be lost in these terrible pandemic days,” he said.

Church members who usually organize the live Nativity performance thought the congregation needed a message of hope, so they recruited the shop class from the high school to assemble a stable, even if it remained empty of people.

”(It’s) a reminder to the people — that this is the true meaning of Christmas,” said Dorothy Trumm, a 76-year-old church member.

At Grand Valley, the congregation decided to forego some of its midweek Advent services, but felt that continuing Sunday services and delving into the grief was what Lindgren would have wanted.

“I look at this pandemic as an opportunity,” Scott said. “We’re in waiting, and it's waiting for something good.”