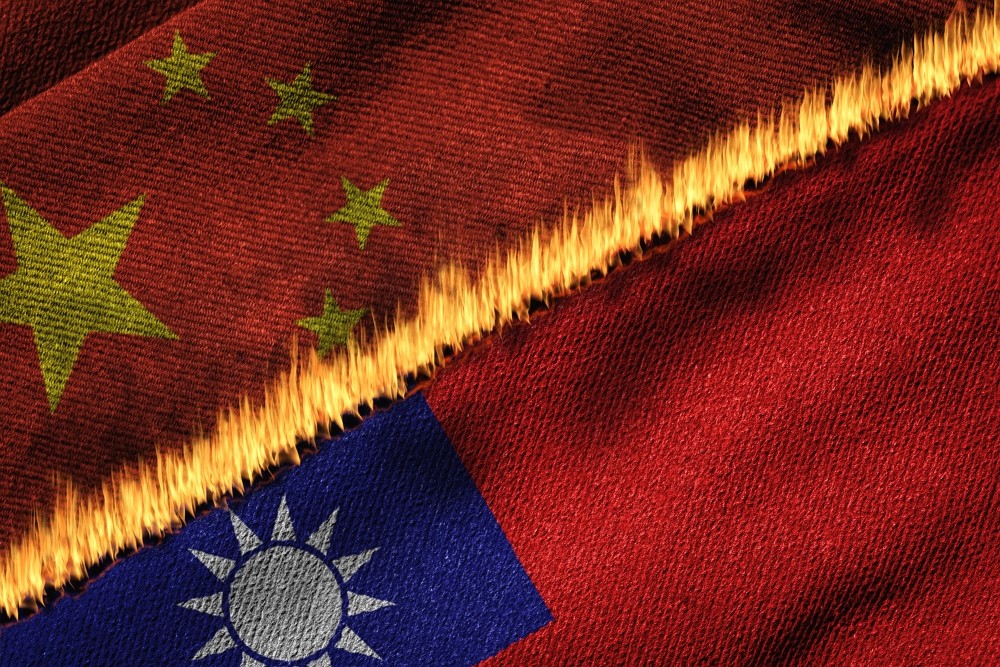 Participants in a cultural exchange program supported by the United States government expressed concerns Saturday (Dec. 20) over rising anti-China sentiment in both Taiwan and the U.S. and anti-Taiwan sentiment in China as it could hurt cross-Taiwan Strait relations.

There is a way to celebrate Taiwan and Taiwan's democracy without spreading hatred of Chinese people, said Lev Nachman, a student with the Foundation for Scholarly Exchange (Fulbright Taiwan), in a panel in Taipei analyzing the dynamics in Taiwan-China-U.S. relations. "I think there is something very different between pro-Taiwan and anti-China," he said, adding that real solutions to healthy cross-strait relations lie in better mutual understanding.

"I've often said to anyone who is pro-Taiwan or pro-Taiwan sovereignty, one of the best ways to guarantee Taiwan's future is for Taiwan to become friends with people in China and for people in China to learn about Taiwan the way it exists," he said. "That is the way to win over the hearts and minds of people in the PRC."

Chinese President Xi Jinping (習近平) should take the greatest share of the blame for refusing to talk with Taiwanese President Tsai Ing-wen (蔡英文) despite her trying to reach out repeatedly since taking office in 2016, he said. However, it should not be the sole responsibility of political leaders but a responsibility of all of civil society to educate ourselves about what democracy means and what it means to be connected to China, he said.

Fulbright Scholar Margaret Lewis said a tense U.S.-China relationship is not good for Taiwan, as Taiwan will only be used as a pawn in their battle. Lewis said she criticizes the Chinese party-state all the time and that anti-China sentiment against its government is warranted, but this should not make us anti-China "writ large" against China's people. She said there has been much fearmongering about China in the Donald Trump administration, and "I hope the Biden administration does a much better job of articulating what we as Americans are concerned about coming out of China."

Fulbright Scholar Carl Minzner, meanwhile, worried that a similar trend of "anti-Taiwan" is also emerging in China against the backdrop of intensifying Taiwan-China relations. There has been a real shift going on ideologically in terms of Beijing's defining what China and what Chinese is," Minzner said. In the last 10-15 years, there has been a re-emphasis on the definition of China as a narrow China, which leads to Beijing looking at others who are religiously or ethnically different or who practice democratic norms, such as people in Hong Kong, as problematic, Minzner said.

That has broader implications about how much space still exists for Taiwan or even people in China who thought they might have more space to practice a religion or speak a different language, he said. With both Xi Jinping and Trump, the problem taking place is "you are starting to see domestic politicization coming in and beginning to remove that space" and degree of flexibility that once existed, he said.

As for anti-China rhetoric, there is a need to distinguish between rhetoric and real actions when it comes to going to bat for Taiwan, the Fulbright fellows said.

Acknowledging the Taiwanese public's preference for Trump over Biden, Lewis said that even if Trump were to continue in power, Taiwan-U.S. ties would not necessarily keep moving forward. "Trump has never been a friend to Taiwan, Trump is a friend to Trump. Everything he does is transactional," she said, adding that it will take time to see how Biden handles trade relations with Taiwan. "What's important is to try to decouple Taiwan-U.S. trade talks from Biden's overall trade policy, whether a multilateral Asia-Pacific or larger framework agreement," she said.

U.S.-Taiwan trade talks need to start first, she argued, because if the Biden administration says it first needs to deal with its overall trade policy before dealing with Taiwan, nothing will happen with Taiwan for years.