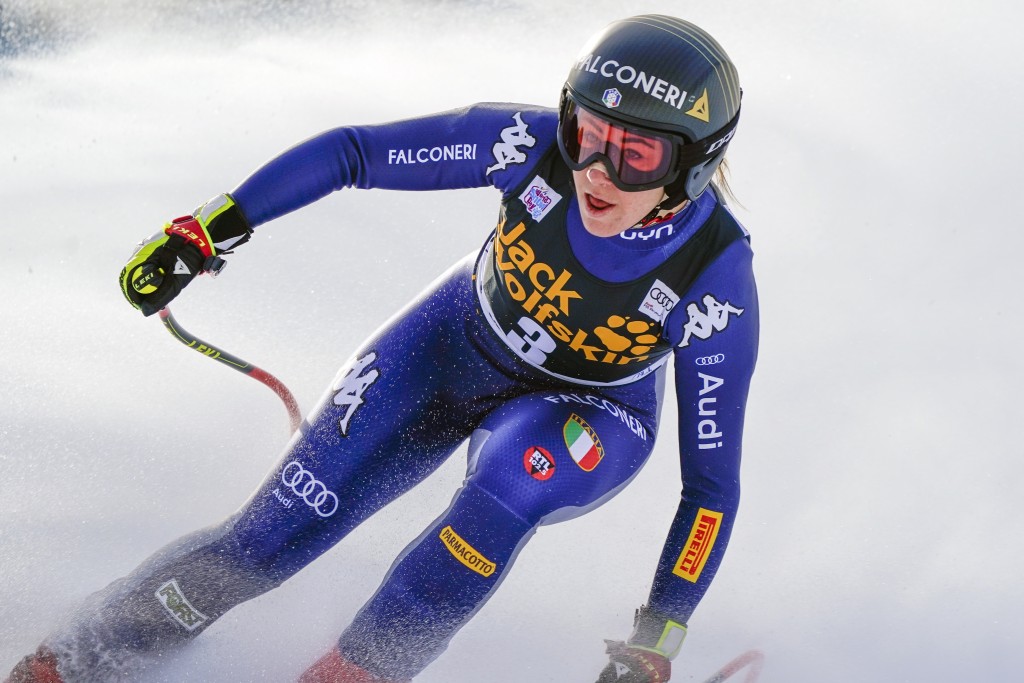 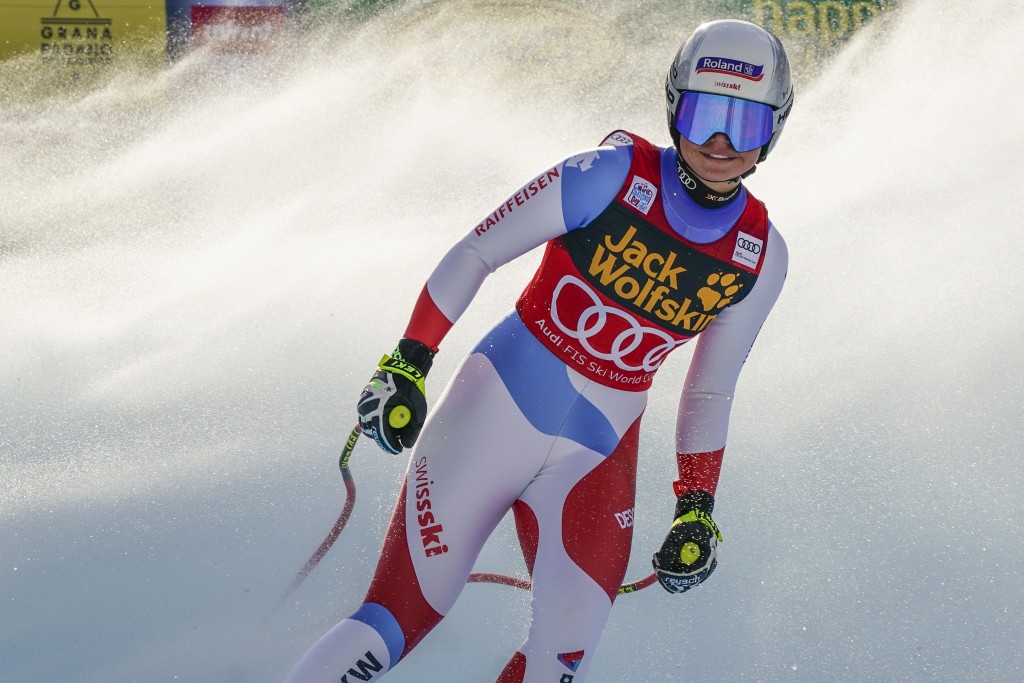 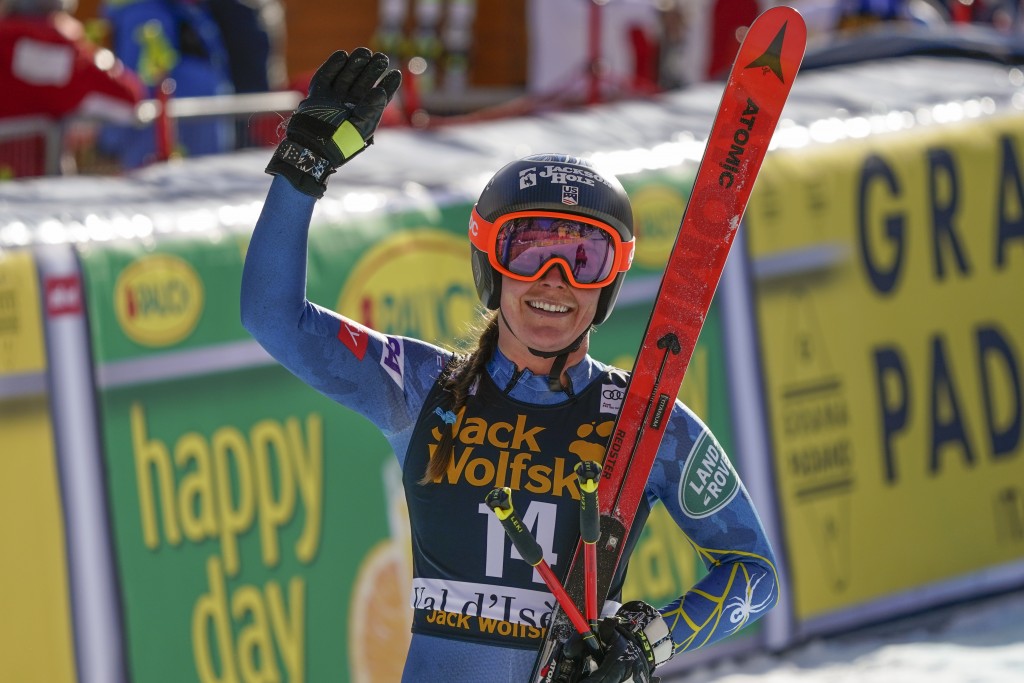 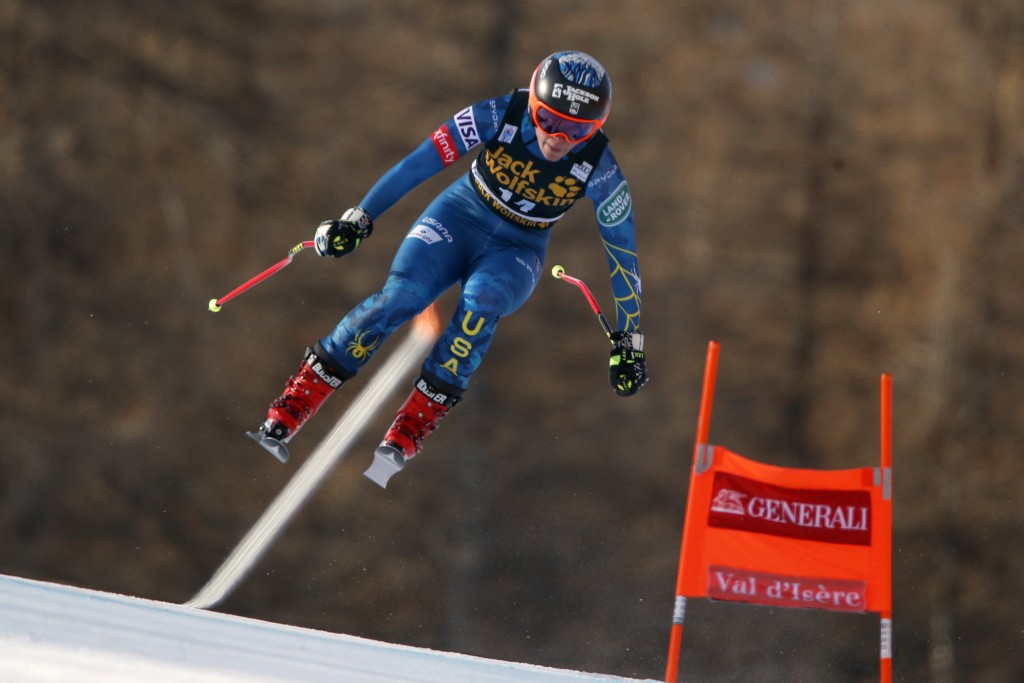 VAL D'ISERE, France (AP) — Sofia Goggia had a gutsy run to win a women’s World Cup downhill on Saturday for her first victory in the discipline in almost two years.

A day after finishing runner-up to Corinne Suter in a race on the same hill, the Olympic champion from Italy turned the tables and beat the Swiss World Cup downhill champion by 0.24 seconds.

Coming into this weekend, Goggia had not been on a downhill podium since winning in St. Moritz, Switzerland, in February 2019.

It was Goggia’s eighth career win, a year after her previous World Cup triumph in a super-G in Crans Montana, Switzerland. A few weeks later, she had to cut her season short after fracturing her left arm in a crash.

Breezy Johnson, who had her first career podium result on Friday, was three hundredths further back for another third-place finish.

After all favorites were down, unheralded Norwegian skier Kajsa Vickhoff Lie, wearing bib 30, came close to bumping Johnson off the podium, but ultimately trailed the American by six hundredths in fourth.

Many racers, including two-time world champion Ilka Stuhec, posted faster split times in the flat opening section, but no one matched Goggia’s pace in the steep part, where the Italian excelled with risky turns.

Organizers had slightly adapted a tricky curve toward the end of the course that caused four racers to crash into the safety netting in Friday’s race.