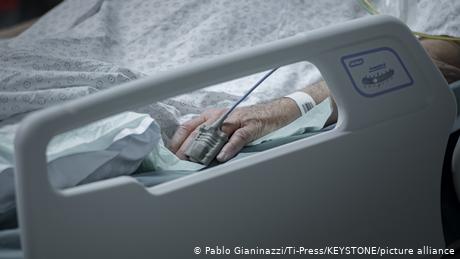 Eight COVID-19 patients were killed in a fire at an intensive care unit in southern Turkey on Saturday.

The fire, at the privately-run Sanko University Hospital in Gaziantep, was caused by the explosion of an oxygen ventilator, the governor's office of Gaziantep province said.

Eleven other patients receiving treatment in the unit, which was a designated coronavirus ward, were transferred to nearby hospitals.

The victims were aged between 56 and 85, according to Anadolu news agency. The fire was also quickly brought under control.

The governor's office said later that 19 patients were in the unit when a "high-pressure oxygen device" exploded at 4:45 a.m. local time (01:45 UTC/GMT). Other than the fatalities, no others were injured in the fire, the office said.

Intensive care units across Turkey currently have a 74% occupancy rate due to the coronavirus outbreak, according to government figures.

The figure does not include asymptomatic cases, which officials did not report in the four months leading up to late November, prompting criticism that the government was trying to hide the extent of the country's outbreak.

A record daily high of 246 COVID-19 related deaths were also recorded, taking the official total number of fatalities to 17,610.