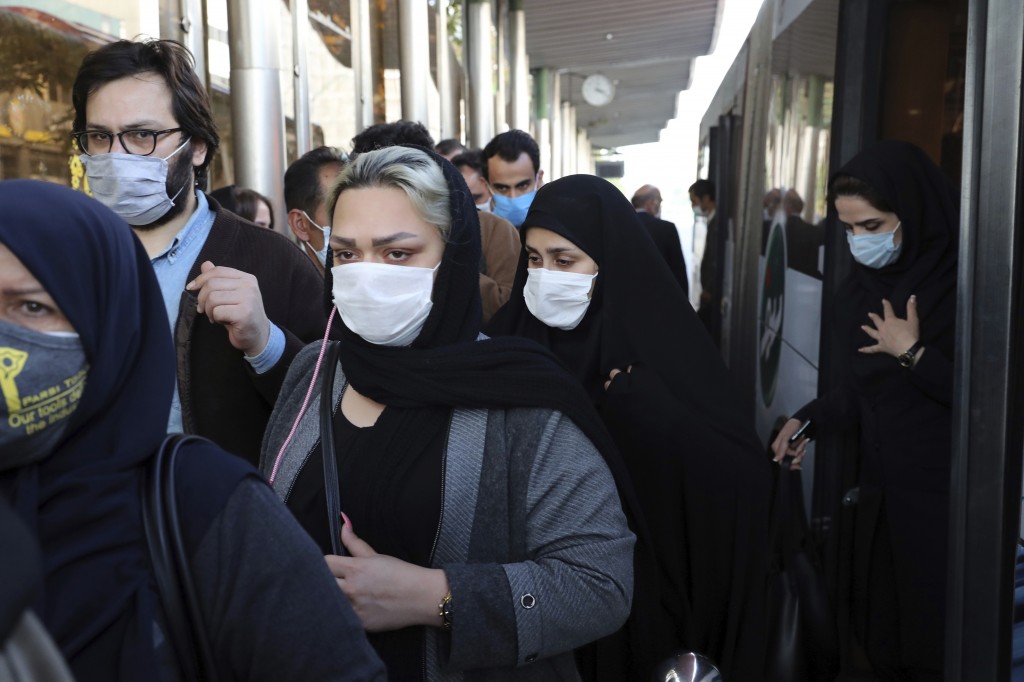 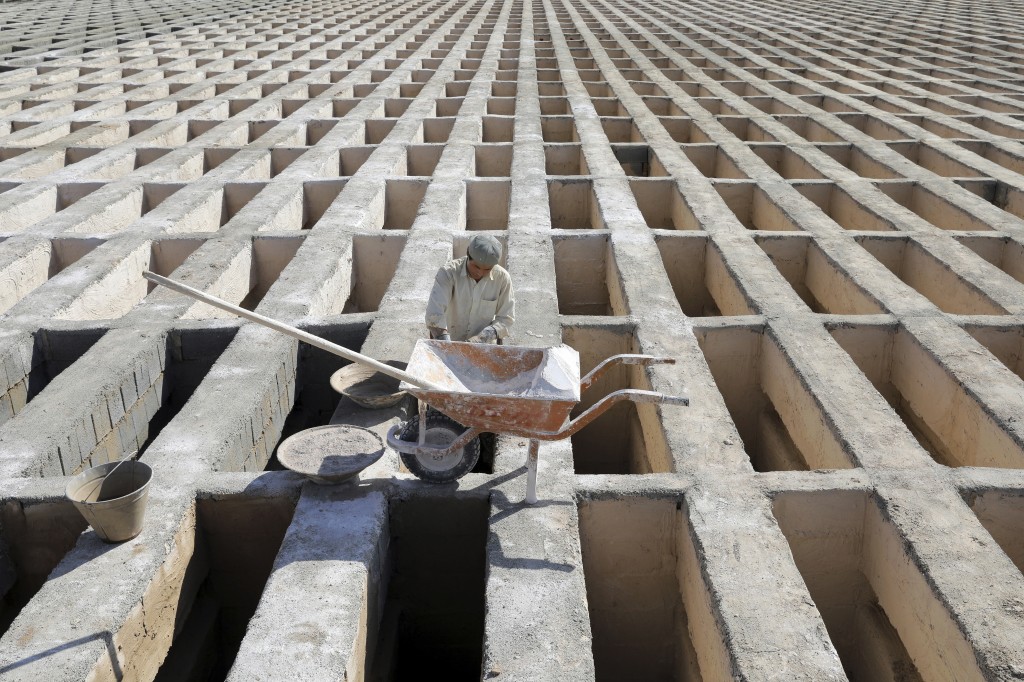 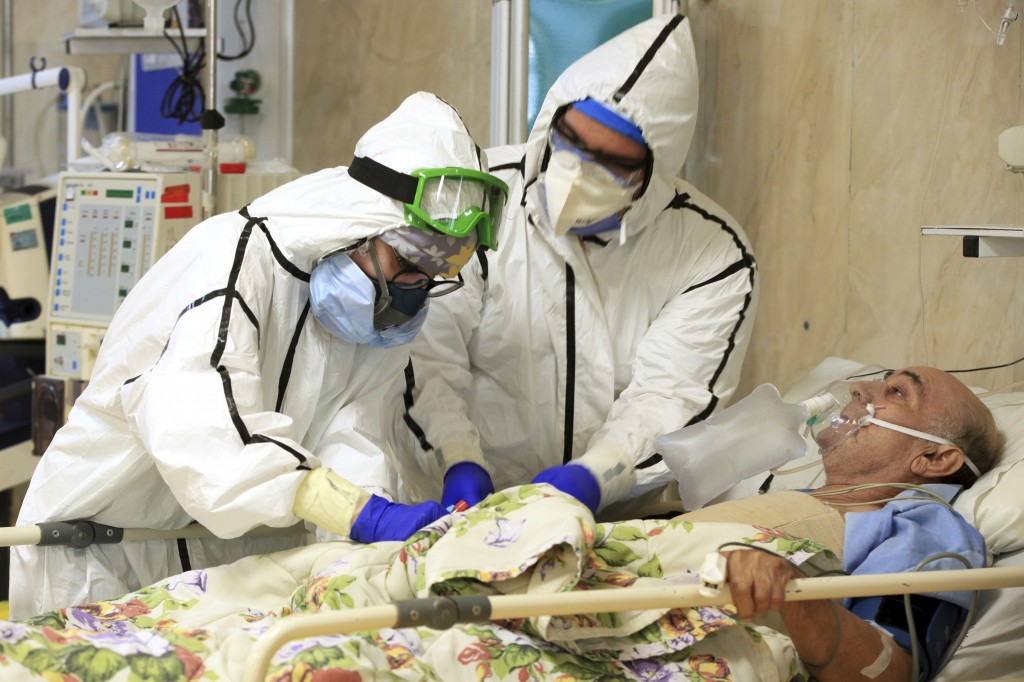 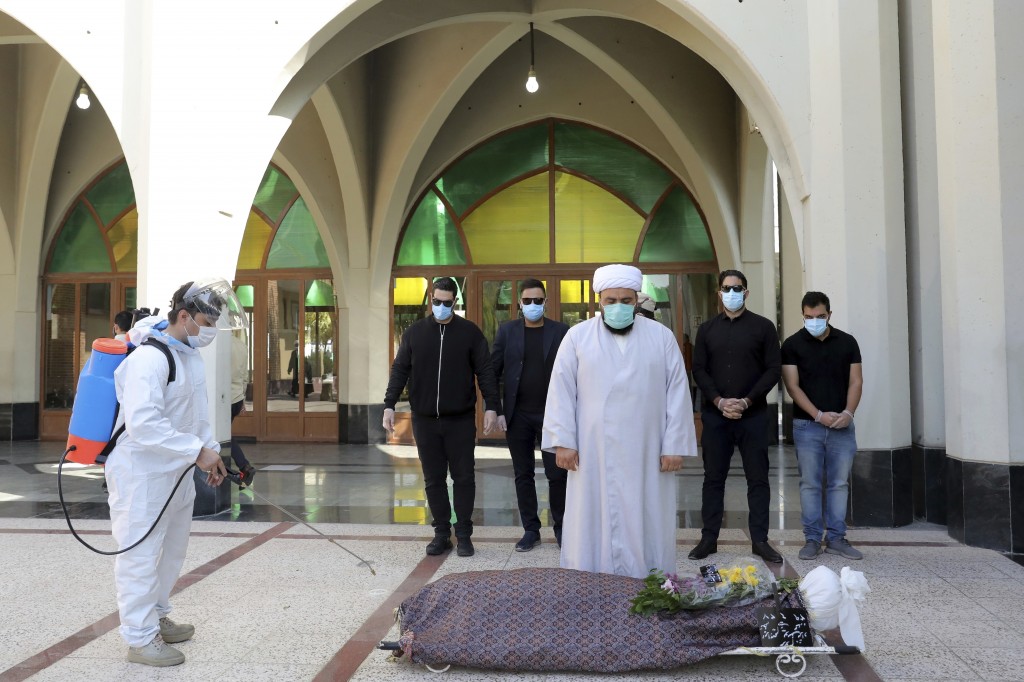 DUBAI, United Arab Emirates (AP) — Although Iran faces crushing U.S. sanctions, there are still ways for Tehran to obtain coronavirus vaccines as the country suffers the Mideast's worst outbreak of the pandemic.

After earlier downplaying the virus, Iran has since acknowledged the scope of the disaster it faces after 1.1 million reported cases and over 52,000 deaths. Getting vaccines into the arms of its people would be a major step in stemming the crisis.

But while Iran is able to obtain vaccines, challenges remain ranging from sanctions imposed under President Donald Trump to the logistics of making mass vaccinations happen.

HOW COULD IRAN GET THE VACCINE?

Iran has signed up for COVAX, an international program designed to distribute coronavirus vaccines to participating countries around the world. That program is run in part by Gavi, The Vaccine Alliance. Gavi says the U.S. Treasury's Office of Foreign Asset Control has already issued a license for Iran to take part. The Treasury declined to comment.

For its part, Iran has alleged U.S. sanctions have affected its ability to purchase medicine and vaccines. President Hassan Rouhani has said Iranians “should curse Trump a hundred times” over the difficulties. U.S. sanctions do have specific carve-outs for medicine and humanitarian aid to Iran. However, international banks and financial institutions hesitate in dealing with Iran transactions for fear of being fined or locked out of the American market.

Those sanctions, however, would not stop Iran from flying a load of cash to Geneva to pay for its participation in COVAX. Gavi declined to offer any information about Iranian payments or orders, though Iran under its rules at a maximum could order vaccines for 50% of its 82 million people.

Alireza Miryousefi, a spokesman at Iran's mission to the United Nations, criticized the U.S. for its sanctions and banking restrictions, which he said "cruelly put many obstacles in the way of Iran receiving the COVID-19 vaccine.

“Nonetheless, along with our own indigenous vaccine trials, we fully expect the international community and the relevant international drug companies to fulfill their humanitarian obligation and expedite all our orders,” Miryousefi said.

Local efforts to produce a vaccine have not begun in earnest, meaning the Islamic Republic may need to rely on those abroad.

DOES IRAN HAVE THE INFRASTRUCTURE FOR A MASS INOCULATION?

When it comes to childhood vaccinations, Iran has nearly 100% success in inoculations, according to World Health Organization data. People from surrounding countries often come to Iran for medical care as well. Iran’s hospitals, doctors and nurses are known as some of the best in the wider Middle East, with a network of clinics from villages to big cities. State-run facilities offer subsidized care, while private hospitals can be incredibly expensive.

However, there are questions about the logistics of a mass vaccination drive. Iran's aging fleet of aircraft likely would need to fly to pick up vaccines made abroad. Many airlines don't fly into Iran due to sanctions. Keeping vaccines ultra cold, like in the case of Pfizer-BioNTech's required minus 70 degrees Celsius (minus 94 degrees Fahrenheit), also likely would be a challenge. Mostafa Ghanei, the director of the scientific commission at Iran’s National Headquarters for Combating the Coronavirus, reportedly has said that Iran doesn't want the Pfizer vaccine for that reason.

WOULD IRAN ACCEPT AN AMERICAN-MADE VACCINE?

That remains in question. Early in the pandemic, Iran's Supreme Leader Ayatollah Ali Khamenei floated an unfounded conspiracy theory claiming the virus could be man-made by America. In those March remarks, he suggested that "possibly your medicine is a way to spread the virus more.” Those remarks appeared aimed at dismissing any U.S. assistance out of hand from the Trump administration, but Iranian officials also now increasingly criticize President-elect Joe Biden.

Iran is looking at Chinese and Russian vaccine options. However, if it relied on COVAX for the vaccines, the cooperative could choose to issue it American-made vaccines. There's a cost implication as well for Iran if it decides to choose which vaccine it wants from COVAX. It would need to put up $3.50 a dose in advance to have the ability to refuse the vaccine offered, as opposed to $1.60 per dose. If Iran chooses to offer a deposit to vaccinate half its population through COVAX, that means a $143.5 million as opposed to a $65.6 million initial payment.

WHY IS IRAN UNDER U.S. SANCTIONS?

Since the 1979 U.S. Embassy takeover and the 444-day hostage crisis in Tehran, Iran has been subject to a series of changing economic sanctions. Some were lifted under Iran's 2015 nuclear deal with world powers, which saw Tehran limit its uranium enrichment in exchange for that relief. In 2018, Trump unilaterally withdrew the U.S. from that accord, re-invoking sanctions that had crushed Iran's long-anemic economy.

Trump said he pulled out of the deal over Iran's ballistic missile program, its regional ambitions and other issues — all of which were not part of the 2015 deal. Biden has signaled he could return America to the deal if Iran agrees to again honor its limits. However, a series of escalating incidents over the last year and a half across the Mideast have raised tensions between Tehran and Washington.