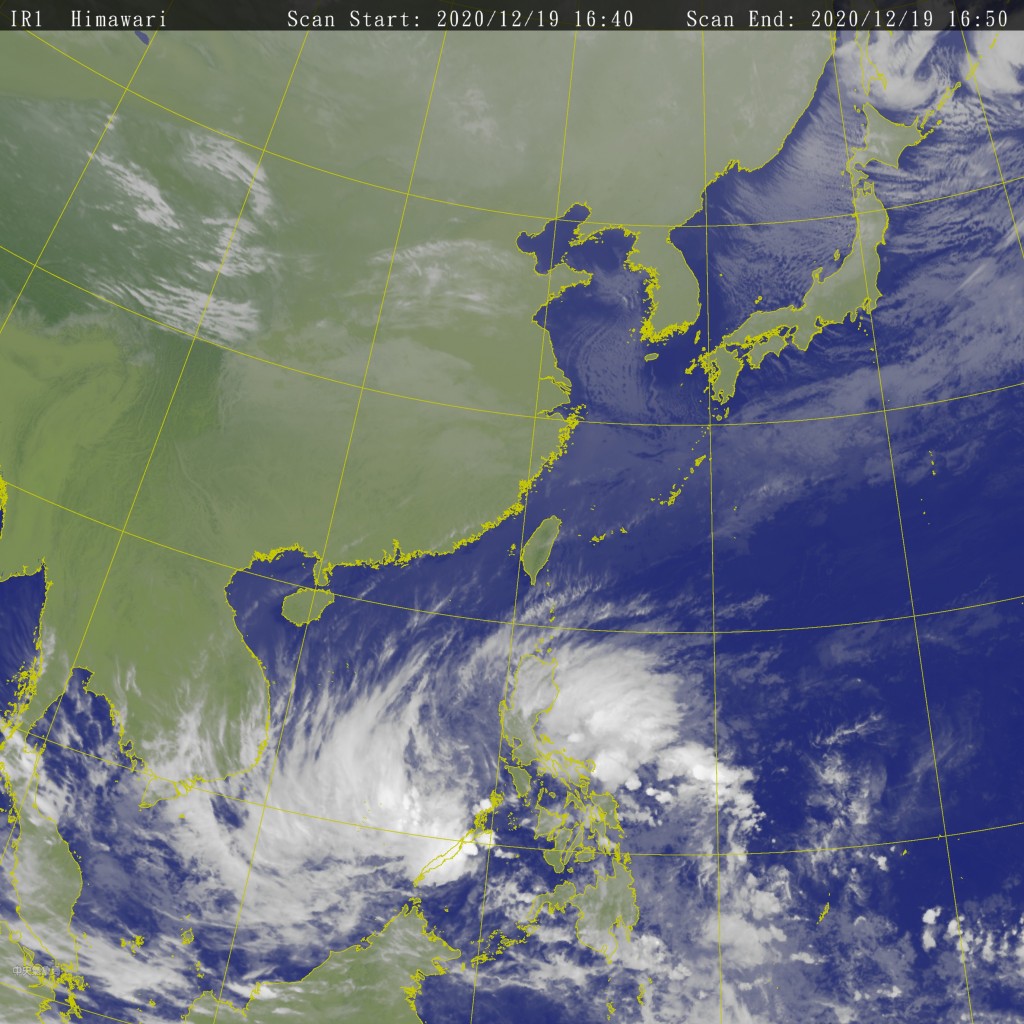 TAIPEI (Taiwan News) — A tropical depression near the Philippines could turn into Tropical Storm Krovanh this weekend and become the 23rd and final typhoon of the year, a weather expert said Saturday (Dec. 19).

Tropical storms and typhoons mostly hit during the summer months and autumn, while few originate in winter. Taiwan has not yet been hit by any typhoon during 2020, and that is not likely to change, forecaster Wu Sheng-yu (吳聖宇) wrote on his Facebook page.

According to the Japan Meteorological Agency, if Krovanh comes into existence, it will head southwest from the Philippines and reach the South China Sea, just south of Vietnam by the evening of Dec. 23, the Liberty Times reported.

Nevertheless, it will still have some impact on Taiwan as cloud cover in the south can increase, bringing short bursts of torrential rain over the next few days, Wu said.