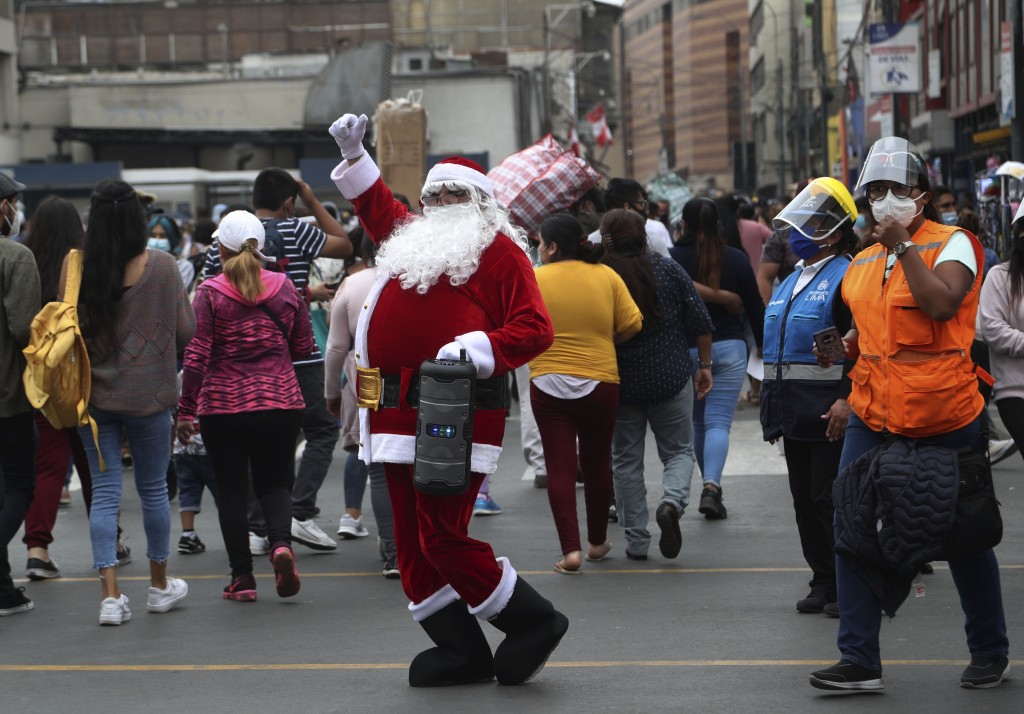 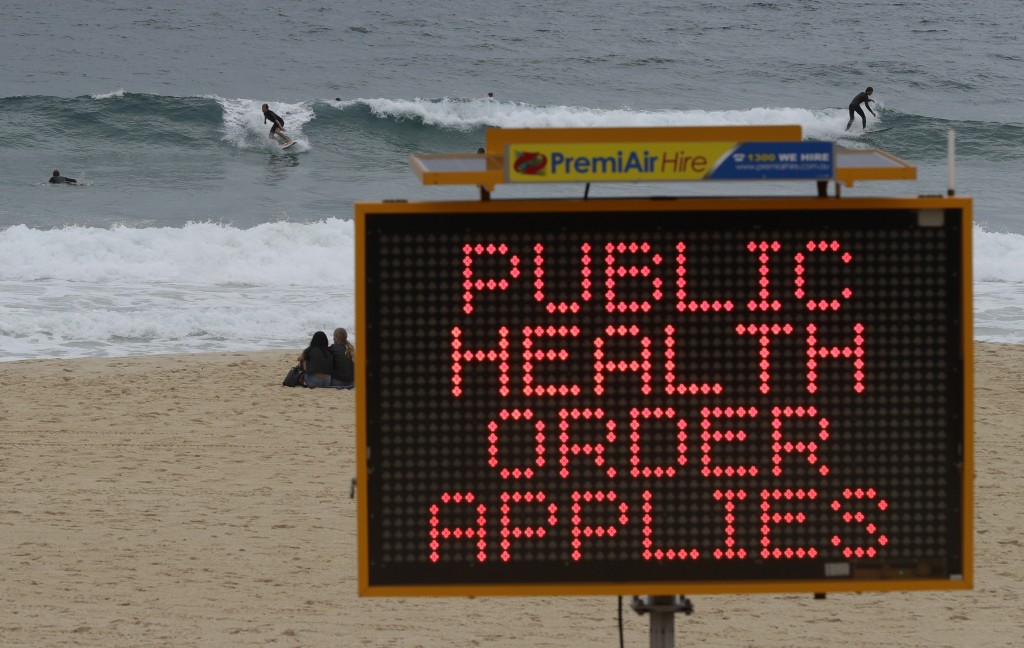 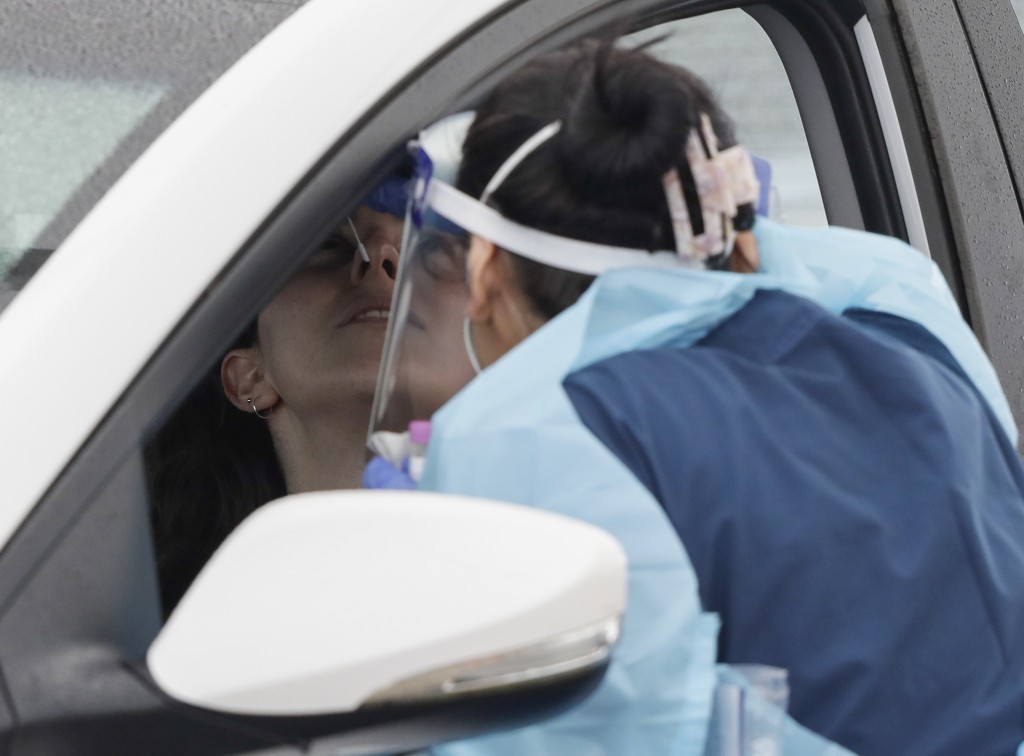 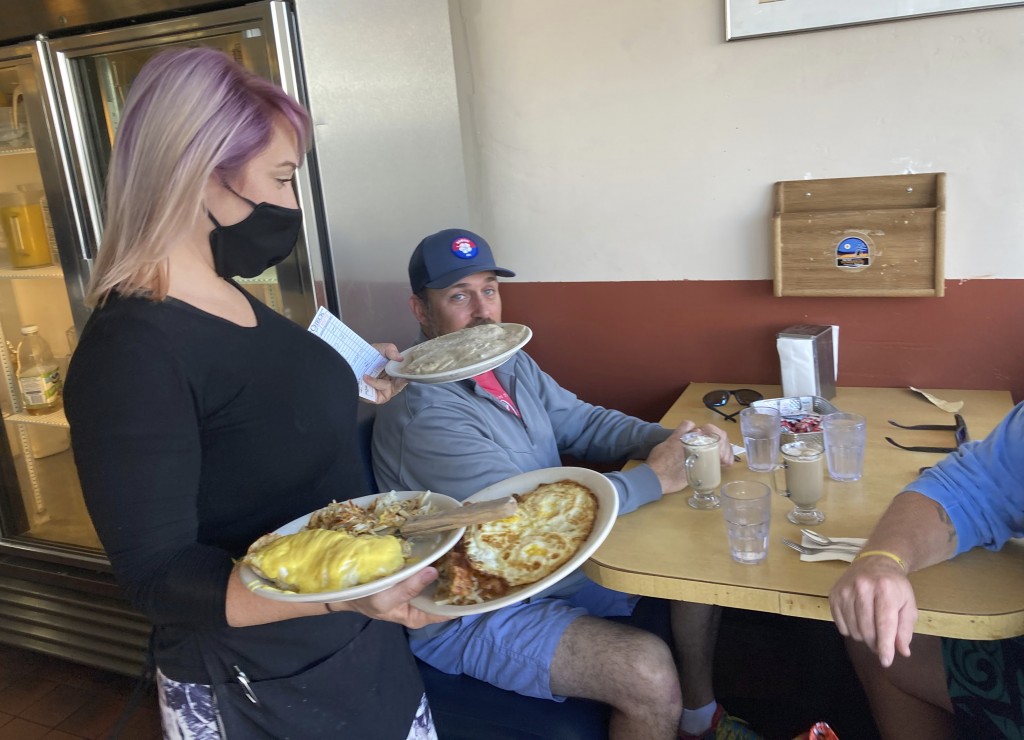 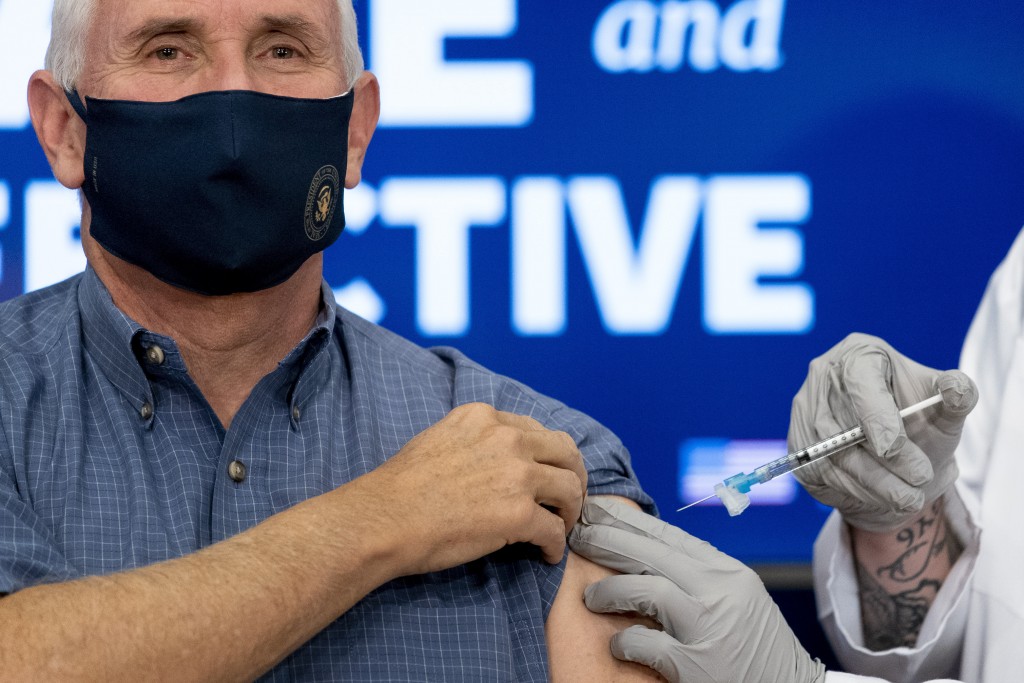 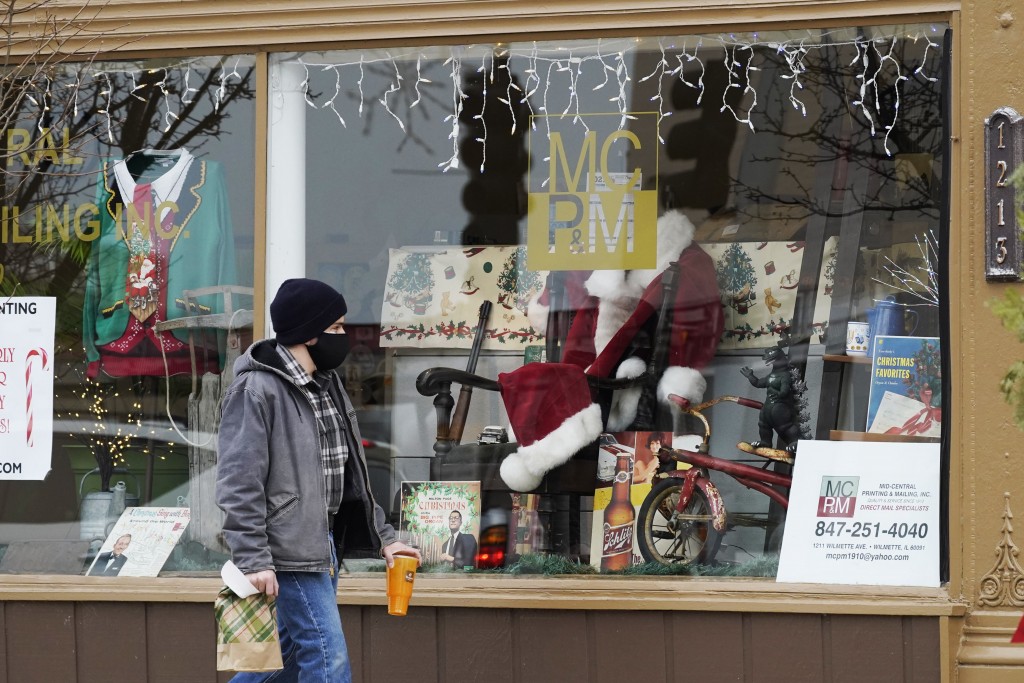 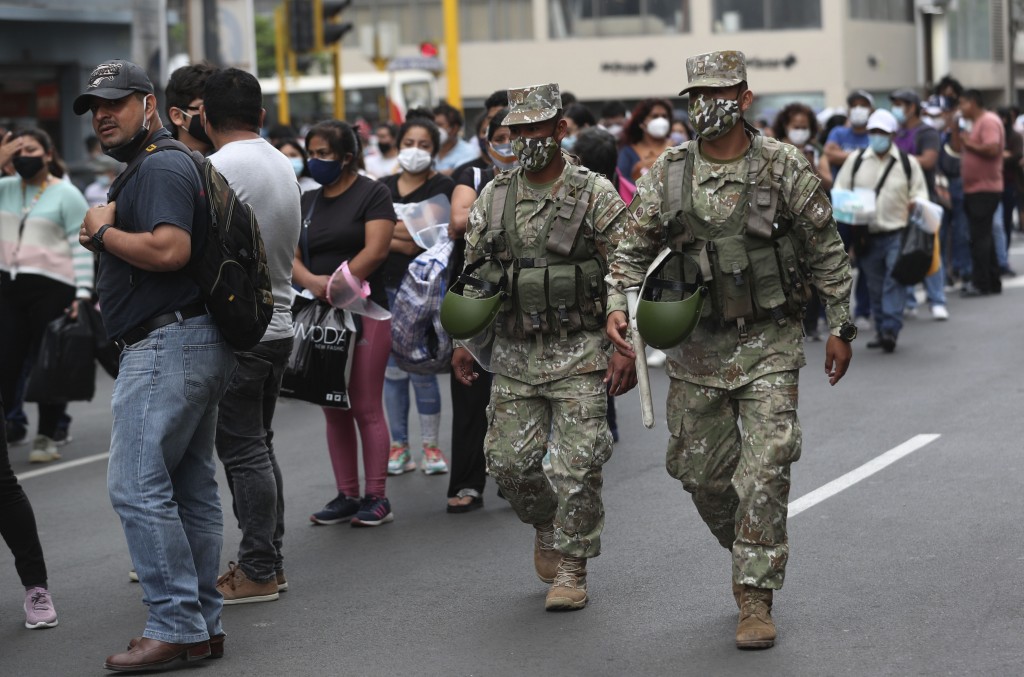 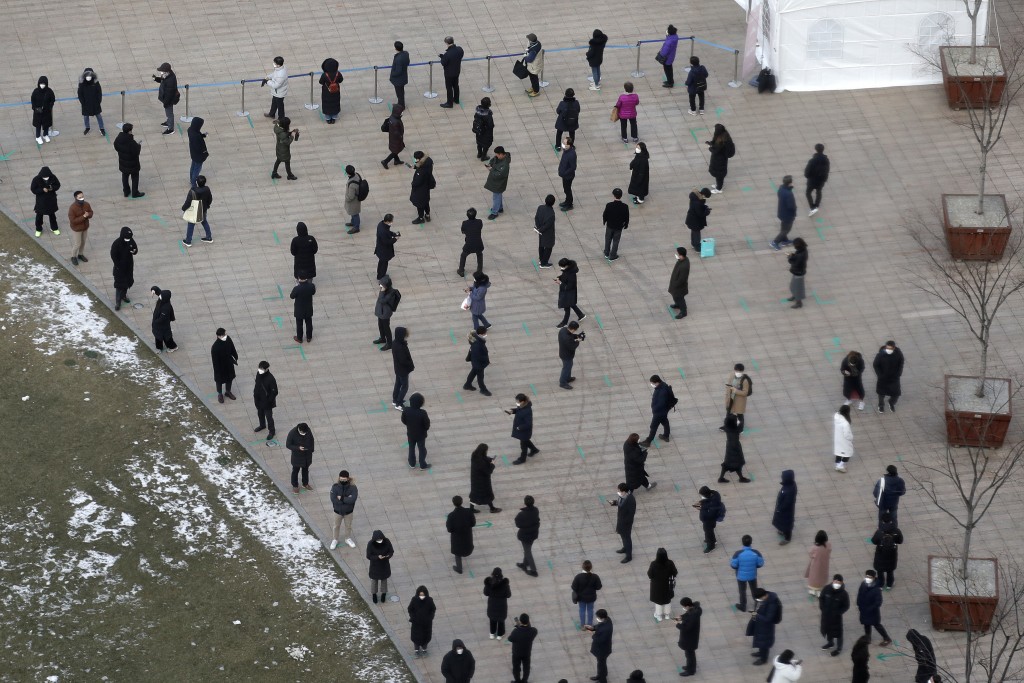 The vice minister of the National Health Commission says the government is prioritizing those most at risk. Workers in logistics and in markets selling fresh meat and seafood would also be placed higher on the list of those receiving vaccines, along with the elderly and those with underlying medical conditions.

Vaccines produced by Chinese companies are now pending approval in Turkey, Indonesia and Brazil, as manufacturers continue testing the vaccines in more than a dozen countries including Russia, Egypt and Mexico.

The United Arab Emirates last week announced the vaccine was 86% effective in the first public release of such information.

Even before final market approval, more than a million people have received vaccine shots in a program critics say has not been transparent about safety, efficacy or scientific merit.

— US clears Moderna vaccine for COVID-19, 2nd shot in arsenal

— Italian Premier Giuseppe Conte has announced a partial lockdown nationwide for most of the Christmas holiday season out of concern that gatherings of families and friends would reignite the virus’s spread.

— T ens of millions of people are expected to travel to family gatherings or winter vacations over Christmas. That’s despite pleas by public health experts who fear the result could be another surge in coronavirus cases.

NEW DELHI — India’s coronavirus cases have crossed 10 million with new infections dipping to their lowest levels in three months, as the country prepares for a massive COVID-19 vaccination in the new year.

Additional cases in the past 24 hours dropped to 25,152 from a peak of nearly 100,000 in mid-September. The epidemic has infected nearly 1% of India’s more than 1.3 billion people, second to the worst-hit United States.

A government health expert says India is keeping its fingers crossed as the cases tend to increase in winter months.

India is home to some of the world’s biggest vaccine-makers and there are five vaccine candidates under different phases of trial in the country. India aims to provide vaccines to 250 million people by July 2021.

SEOUL, South Korea — Long lines are snaking from coronavirus testing sites in the South Korean capital of Seoul on Saturday as the country reports 1,053 more confirmed cases, the fourth straight day over 1,000.

Thousands are taking advantage of free tests being offered temporarily in the capital area. The government is struggling to decide whether to increase social distancing to maximum levels, which officials fear would further shock the economy.

The new cases brought the national caseload to 48,570. Nearly 7,000 of those cases have been added over the past week.

Fourteen COVID-19 patients died in the past 24 hours to bring the death toll to 659. There are concerns fatalities will continue to rise because of a shortage of intensive care beds in the Seoul area, which is being hit hardest by the virus.

LANSING, Mich. — Michigan has lifted a ban on in-person instruction at high schools and says movie theaters and other entertainment venues can reopen with capacity restrictions following a decline in coronavirus cases and hospitalizations.

Under the changes announced Friday, universities and colleges can let students return to campus next month, but are being asked to wait until Jan. 18 to restart face-to-face classes.

Indoor restaurant dining will continue to be barred under the new state health department order that takes effect Monday. Indoor sports and outdoor contact sports also will still be prohibited unless there is rigorous testing like there is at the pro and NCAA levels.

Bowling alleys, casinos and other entertainment businesses that reopen must close drink and food concessions.

One Los Angeles emergency room doctor is predicting that rationing of care is imminent.

Hospitals are on the brink of filling up and many emergency rooms already have been using outdoor tents to make more space. Hospitals in both Southern California and the San Joaquin Valley have no more ICU beds available for coronavirus patients.

The state’s death toll, meanwhile, topped 22,000 Friday. The most populous state reported more than 41,000 new coronavirus infections and 300 more deaths related to COVID-19, bring the toll for the pandemic to 22,160.

FAIRBANKS, Alaska — Alaska officials say a second health care worker in the state has experienced a severe reaction after receiving the coronavirus vaccine.

In the latest, a worker identified only as a female clinician began experiencing probable anaphylactic symptoms about 10 minutes after receiving the shot Thursday in Fairbanks. Symptoms included tongue swelling, hoarse voice and difficulty breathing.

She received two doses of epinephrine at the emergency department at Fairbanks Memorial Hospital and was discharged about six hours later.

The hospital's chief medial officer says that “allergic reactions, though uncommon, can occur with injections of medications and vaccines.”

A statement from the unidentified woman encourages everyone to get the vaccine. She says she has seen firsthand the suffering and death of COVID-19 patients, and her adverse reaction pales in comparison to that.

OKLAHOMA CITY — The more than 33,000 initial doses of the coronavirus vaccine sent to Oklahoma have now been delivered across the state and more than 2,200 people have been vaccinated with no significant side effects reported.

The deputy state health commissioner says that "we’re not aware of anything so far that has fallen into those categories we were told to watch for and be concerned about,” such as allergic reactions to the Pfizer-BioNTech vaccine.

The state health department said on its website Friday that a total of 2,253 vaccine doses have been administered

The health department reported 251,760 total virus cases and 2,161 deaths since the pandemic began, increases of 3,556 cases and 17 more deaths than reported Thursday.

WASHINGTON — Health and Human Services Alex Azar continues to test negative for COVID-19 after his wife contracted the coronavirus.

Azar told HHS staffers in an email Thursday that his wife Jennifer has mild symptoms, but overall is doing well and self-isolating at home. He and their children have tested negative.

Azar continues to work, after consulting with Dr. Robert Redfield of the Centers for Disease Control and Prevention, as well as his own physician.

“I will be carrying out the duties of my office while strictly adhering to CDC guidelines for essential workers, continuing to practice social distancing, wearing a mask, and monitoring for any symptoms,” Azar said in the email. He’ll be retested every day until the incubation period for the virus is over.

Jennifer Azar began isolating after experiencing her first symptoms, a sense of achiness. An initial instant COVID test was negative. But a more precise PCR test came back positive on Thursday.

The governor’s office announced that the 73-year-old McMaster took a “precautionary, routine test” Thursday and learned Friday morning the results were positive. Officials said she was not experiencing any symptoms.

Gov. Henry McMaster was tested at the same time, with a negative result. His office says the governor will follow official guidelines for “close contacts” and quarantine for a week while testing regularly and continuing his official duties. His wife will isolate for 10 days.

The office says both McMasters tested negative for the virus before attending a Christmas event at the White House on Dec. 14. They also had negative tests before a Dec. 10 meeting in Greenville with Vice President Mike Pence, who was in the state for an update on the pandemic.

TOPEKA, Kan. — Kansas Gov. Laura Kelly is expressing little concern over a smaller-than-expected second shipment of a coronavirus vaccine for the state.

Kelly said Friday that the reduction in the state’s second shipment of a vaccine made by Pfizer is “more of a smoothing process” by the federal government to make sure health care workers who received the first of two doses this week can get the second in January. At least a dozen states have reported they will receive fewer doses next week than anticipated.

The governor’s comments came as the state Department of Health and Environment reported that Kansas has surpassed 200,000 confirmed and probable coronavirus cases for the pandemic, or about one for every 15 of its 2.9 million residents. The state also reported total 2,341 COVID-19 deaths, adding 88 to the tally since Wednesday.