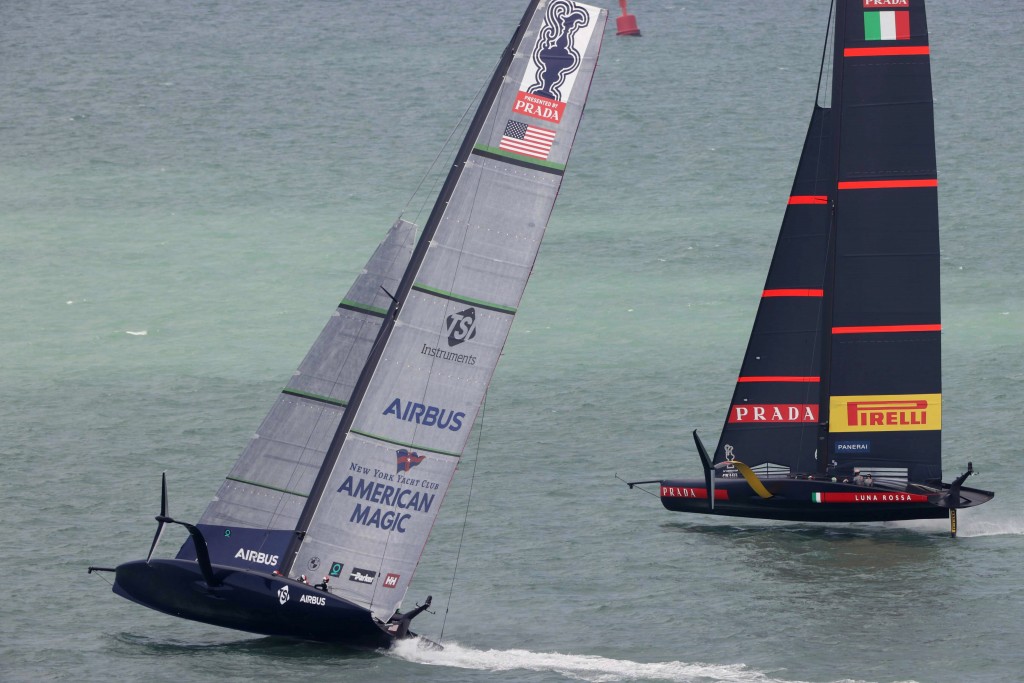 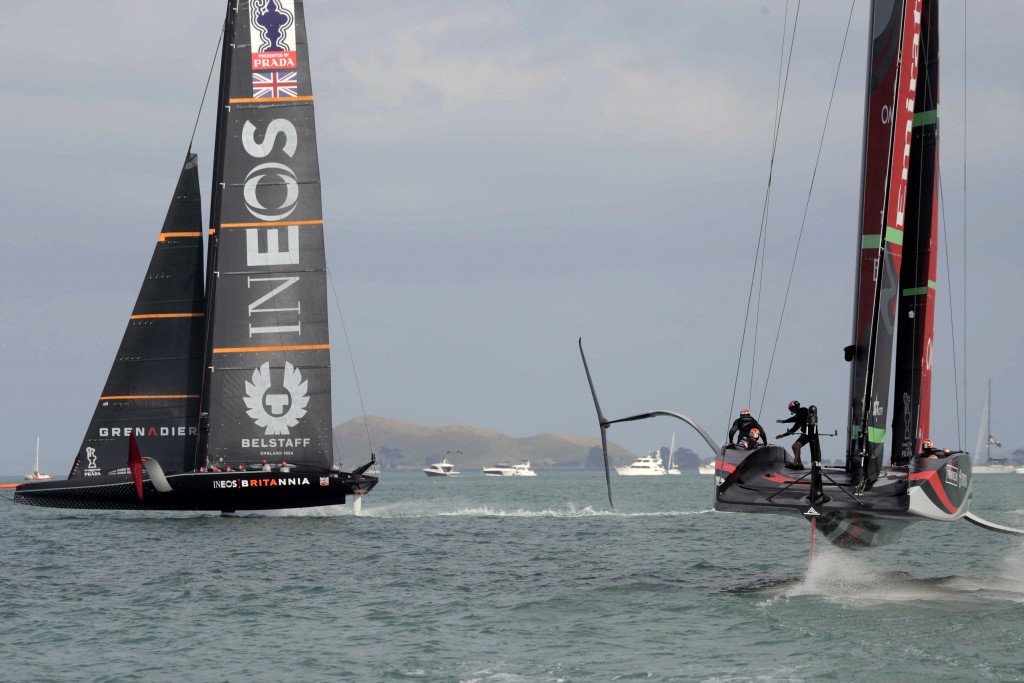 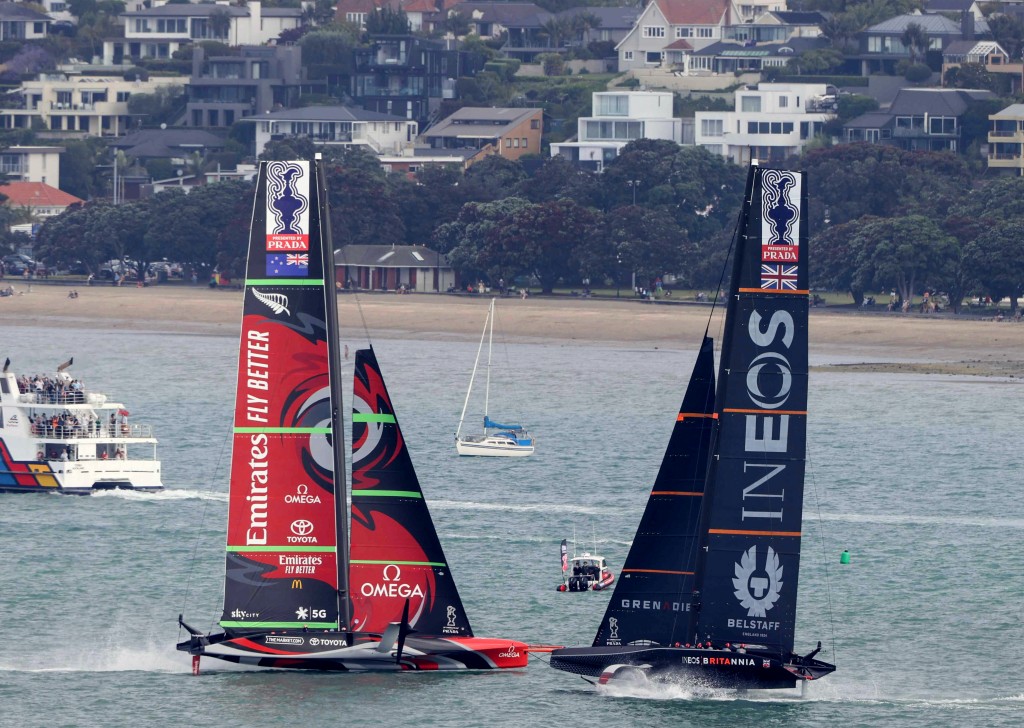 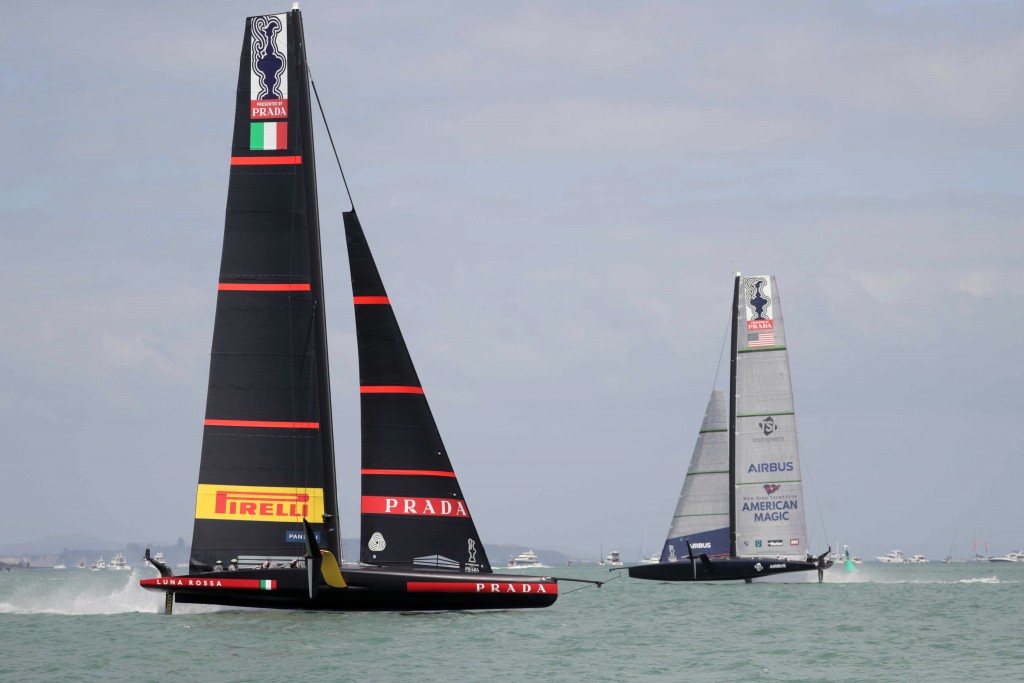 The World Series is not part of the actual Cup regatta which begins in January with a series to find the top challenger who will race Team New Zealand in March in the 36th Cup match.

But the Series was the first chance for the defender and challengers from Britain, Italy and the United States to race against each other in the high-tech, foiling AC75 class yachts and Team New Zealand laid down an early marker with its win.

American Magic and Team New Zealand came into Saturday’s final round of races jointly atop the leader board with matching 3-1 records. The United States challenger had an advantage on count back from having beaten New Zealand when the teams first raced on Thursday, the opening day of the Series’ double round-robin.

That win by American Magic was heartening for the challengers as it tarnished the image of invincibility which has begun to grow around the New Zealand team.

With two race wins on Saturday, Team New Zealand again showed it has a fast boat — perhaps the fastest among the four competing teams at this stage — and that it is hard to beat if it makes no tactical or boat handling errors.

There was drama in the final race of the round-robin Series Saturday — each team raced the others twice — when Luna Rossa took what appeared to be a winning lead over Team New Zealand, threatening to come from behind to snatch the World Series title.

Luna Rossa pulled off a superb pre-start maneuver to push New Zealand beyond the pin end of the start line and raced away to an early lead. The Italian team seemed to have achieved a winning break when, in a failing breeze, New Zealand had to pinch up to lay the first gate and lost all speed, falling off its foils.

Team New Zealand sat becalmed as Luna Rossa sailed away to what looked like a win in the race and series. But the Italians then sailed into a hole in the wind and in turn were becalmed, allowing New Zealand to regain the lead as it built back its speed.

The race remained close and New Zealand still was only 18 second ahead at the final gate, finally crossing the finish line just 16 seconds ahead.

On a day of fluctuating winds the key to racing was to pick the shifts as the breeze tracked from northeast to north, rising to 13 knots but also falling to around six knots or less. The island volcano Rangitoto cast a wind shadow over the course which made reading the shifts more difficult.

In its race against American Magic, New Zealand also lost the start but sailed into a patch of pressure on the first upwind leg, closed, then crossed meters ahead of the U.S. yacht near the middle of the course. The United States team protested that New Zealand had changed course slightly, forcing American Magic to turn its bow down but umpires dismissed the protest.

The race was decided when American Magic put in a bad tack near the first gate at the top of the course and plunged off the foils, losing all speed. New Zealand sailed away as the American team worked to get Patriot back onto its foils and up to speed, gaining around the course and crossing the finish line 1 minute 19 seconds ahead.

Britain’s INEOS Team UK had another bad day Saturday, losing its races against Luna Rossa and American Magic by wide margins. The British yacht Britannia is known to struggle in light airs and it repeatedly dropped off its foils Saturday, conceding large margins and becoming the first boat to lose a race by more than a full leg of the course.

New Zealand now takes top seeding into Sunday’s Christmas Cup regatta. It will race Team UK in the semifinals while American Magic will race Luna Rossa, the winners of each race facing each other in the final.