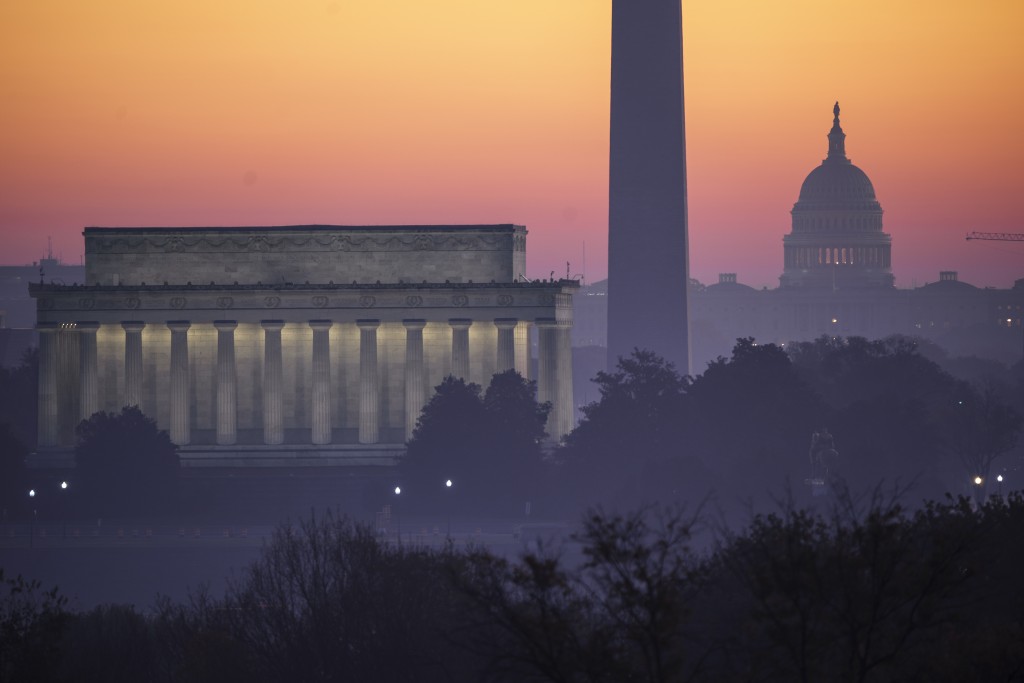 WASHINGTON (AP) — The definition of a scandal changes quickly in Washington.

Over the course of four years, the nation's capital has careened from crisis to crisis. There was the travel ban, the investigation into Russian interference in an election, the firing of an FBI director, a 35-day government shutdown, dismissals of Cabinet secretaries via tweet, impeachment and a historic pandemic that forced the president to be hospitalized.

And then there was the Glamour interview.

Jen O'Malley Dillon, President-elect Joe Biden's campaign manager and incoming deputy chief of staff, referred to congressional Republicans as “f——ers” in a conversation with the magazine. And Washington was again in a tizzy.

The hand-wringing is a preview of one of the political shifts ahead once Biden takes office. Democrats preparing to take power are furious at any sign of a double standard from Republicans who looked past — or encouraged — President Donald Trump's profane and divisive behavior in office.

And Republicans, eager to portray Democrats as elitists, are suddenly aghast over a lack of decorum.

Even some Democrats seemed anxious. Axios, a news organization dedicated to chronicling every Beltway twist and turn, used anonymous sources to report “some advisers close" to Biden were “frustrated” about O'Malley Dillon's interview.

She later walked back the comment in a virtual conversation with fellow Democratic operatives.

That such a retreat was deemed necessary almost validates the premise of Biden's presidential campaign: that he would restore normalcy to the nation's politics.

An indelicate comment that reveals what a White House staffer really thinks — and the ensuing damage control — was the ready definition of a Washington scandal before Trump came to town, and upended that and so many other conventions.

While it's easy to dismiss the O'Malley Dillon episode as another example of Washington's endless capacity for self-obsession, it reveals some difficult truths.

For one, the deference that Republicans showed the White House during the Trump era will be a thing of the past. The same party that cheered Trump for “telling it like it is” is poised to attack those in the incoming administration who deviate from the folkways expected in official Washington.

“They're going to look for any reason not to work with the Biden administration,” former North Dakota Democratic Sen. Heidi Heitkamp said of Republicans.

The new standard seems to be applied with particular vigor to women.

Beyond O'Malley Dillon, Neera Tanden is also facing scrutiny of her choice of words. She is nominated to become the first woman of color to lead the powerful Office of Management and Budget, but is facing Republican opposition because — of all things — her Twitter account.

While such language does little to advance constructive debate, it stands as tepid compared to Trump's white-hot Twitter history. He's used the platform to accuse MSNBC host Mika Brzezinski of “bleeding badly from a face-lift,”disparage the appearance of Texas GOP Sen. Ted Cruz's wife and brand journalists the “enemy of the people.”

Yet Texas Republican Sen. John Cornyn has said Tanden's past comments were “combative and insulting” and created a “problematic path” for her nomination.

Sen. Tom Cotton, R-Ark., said her rhetoric was “filled with hate & guided by the woke left.”

Such skirmishes cause needless distractions, especially when those in power face far weightier matters such as the pandemic, joblessness and systemic racism.

But they prompt a bigger question about whether Republicans, who will be a powerful force in the new Congress, will seek to impose a different set of rules on the Biden administration than they did for Trump.

Beyond the GOP's newfound appreciation for civility, the party that abandoned its obsession with deficits during the Trump era is suddenly watching every nickel and dime. That has real implications at a moment when the coronavirus is surging and the typically restrained Federal Reserve is all but begging Congress to go big in its economic response.

Of course, Biden does face the prospect of genuine scandals when he takes office next month.

His son Hunter is being investigated by federal prosecutors for tax and financial issues. The probe threatens to dominate President-elect Biden's search for an attorney general, who would be in the precarious position of overseeing an investigation into the son of his boss.

Biden will be judged primarily by his policies, how he handles the pandemic and the economic collapse that it wrought, chief among them.

But he will also be assessed for his tone, a test of whether Americans want a return to a pre-Trump era of political sniping or whether they have come to accept Trump's trampling on the traditions of how a president should talk and act.

Biden centered his campaign around the idea that he was out to restore the “soul” of a deeply divided nation. That means the words that emanate from the president-elect and those around him matter.

But it is an open question if it provides an opening to those who looked past the excesses of the Trump era to suddenly demand politeness without at least some self-awareness.

Editor’s Note: Steven Sloan has covered politics for the AP since 2018. Follow him at http://twitter.com/stevenpsloan