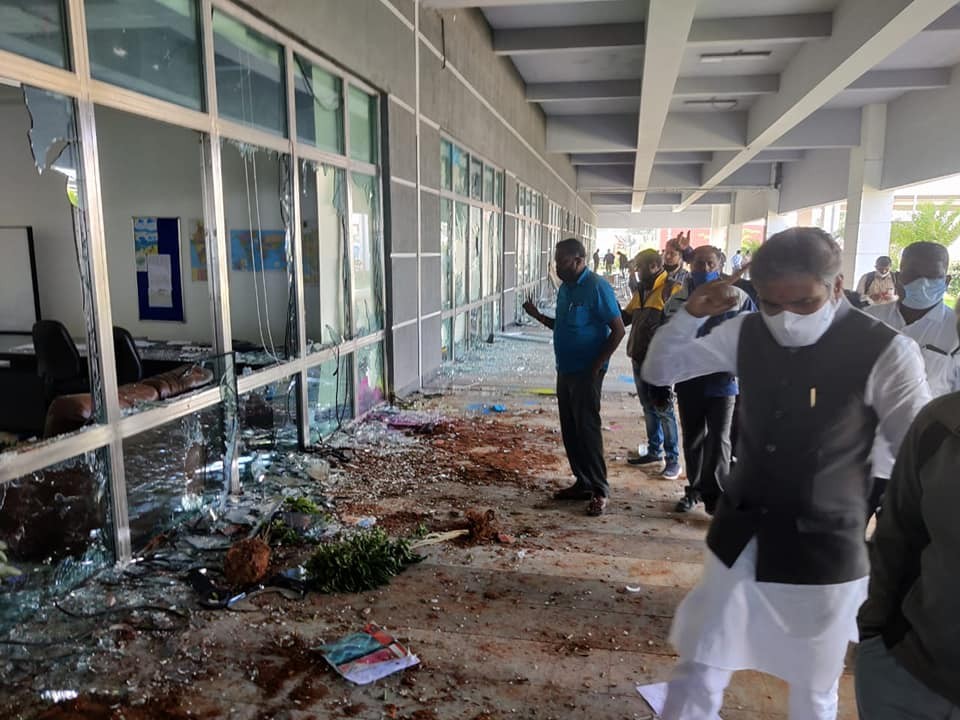 Taiwan-based contract electronics maker Wistron Corp. and its manpower contractors have been accused of violating labor laws in India after a riot occurred in the Taiwanese firm's factory in the South Asian country late last week, according to reports from India.

Reuters, one of the news outlets closely following the riot, cited a preliminary investigation report by the labor department in Karnataka state's Kolar district, where the plant is located, as saying on Friday that Wistron was found to have committed "several labor law violations."

On Dec. 12, a protest by about 2,000 workers at Wistron's Narasapura factory in Karnataka, southern India, which rolls out iPhones, turned violent after the night shift ended, with furniture and factory assembly units destroyed. Attempts were even made to set fire to vehicles, according to Indian media reports.

The Times of India reported on Dec. 13 that the employees were angry because they were not being paid the wages agreed on when they were recruited.

Reuters said Wistron failed to maintain proper employment and appointment records of their workers who worked in 12-hour shifts at the Narasapura plant so they were not paid for overtime.

The newspaper reported that Wistron has sent a letter to the Karnataka Government saying that it was closely working with the state government to ensure such an incident will not happen again, and voicing support for the police investigations.

The report quoted Sudipto Gupta, managing director of Wistron India as saying: "We bring the best of practices worldwide to our plant and operations and want to protect workers' interests. We will work together with the state government to ensure plant operations are resumed (at the earliest time)."

According to Business Today, Wistron hired about 8,500 workers on a temporary contact basis, with the six employment contractors in charge of paying wages to them.

Shivaram Hebbar, head of Karnataka's labor ministry, told Indian news media on Dec. 13 that the disputes about labor contracts between Wistron and its workers in India have dragged on for more than three months.

On Monday, Indian news outlets said the riots resulted in estimated losses of 4.37 billion Indian rupees or almost NT$1.7 billion (US$59.67 million), when taking into account the theft of thousands of iPhones during the violence.

In Wistron's filing to the Taiwan Stock Exchange, where its shares are traded, however, it estimated the losses at its plant in Narasapura in Karnataka state at only between NT$100 million and NT$200 million.

The company did not comment on the possibility that it would suspend operations at the factory for two weeks, as CNA was told by a source familiar with the incident on Monday.

Since the incident occurred before the peak Christmas season, Wistron's losses could be larger than the preliminary estimate, the source said.

Meanwhile, Reuters reported on Monday that Apple has been investigating whether Wistron has violated its Supplier Code of Conduct over staff pay and working conditions.

According to Taiwanese news media, Wistron's production lines in India specialize in assembling more affordable iPhones, with the iPhone SE accounting for most of its production, but they began rolling out smaller iPhone 12 models in the second half of 2020. (By Charles Kang and Frances Huang)