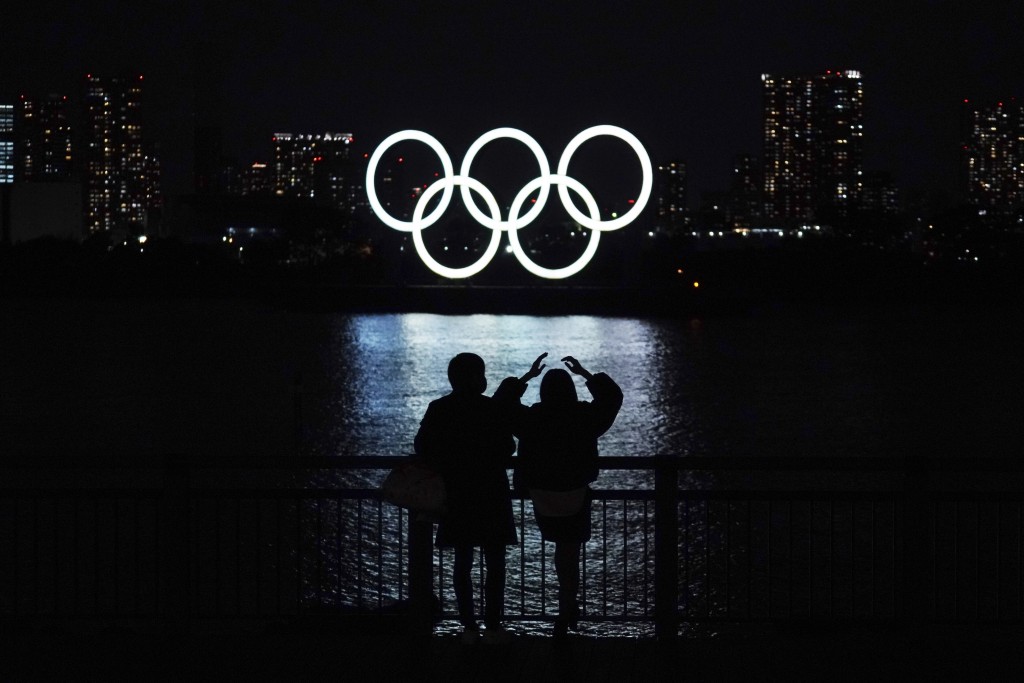 TOKYO (AP) — Much of the focus on the Tokyo Olympics has been on the unprecedented postponement because of the pandemic, and how the Olympics can be held in seven months.

The focus leading up to Christmas falls on the budget and the increasing costs that are being shouldered by Japan. Tokyo organizing committee officials are expected to announce updated figures this week.

The official costs published last year at this time was $12.6 billion. However, Japan’s National Audit Board last year said the costs are much higher than organizers say. Overall spending then was placed at at least $25 billion.

All of this is public money except for $5.6 billion.

Official costs this time are sure to increase by at least $2.8 billion. This is the cost organizers reported earlier this month for the one-year delay. Domestic sponsors are being asked to pay more to make up the shortfall. But most of the burden simply falls on Japanese government entities.

The 2019 budget shows the Switzerland-based IOC contributed about $1.3 billion to fund the Olympics.

Q: Why is it so expensive to hold the Olympics?

A: The University of Oxford has a good study out in September that explains many of the questions. The study points out that every Olympics since 1960 has run over budget by an average of 172%, For instance, Tokyo organizers said the Olympics would cost about $7.3 billion when they were awarded in 2013. The cost now may be closer to $25 billion.

The Oxford study says high costs are driven up by tight deadlines, having a new city organize the Olympics each time, and by the fact that the IOC does not have to absorb the cost of budget overruns. These all fall on local organizers and governments.

Q: We hear a lot about the IOC. What is it exactly?

A: The International Olympic Committee is a not-for-profit organization based in Switzerland. The IOC, in its latest report, showed it generated 73% of its income from selling broadcast rights. Another 18% is from selling sponsorships. Total income in the last four-year Olympic cycle (2013-16) was $5.7 billion.

The IOC says it redistributes 90% of its income to help stage the Olympics, promote the Olympics, and develop world sports. The IOC president is Thomas Bach. He is listed as a “volunteer”but has all of his expenses covered and receives an annual “indemnity”of $225,000. His Swiss taxes are also paid, amounting to $126,000 according to the latest report.

Q: What is the level of support for the Tokyo Olympics in Japan?

A: The latest poll, published this month by Japanese broadcaster NHK, shows wavering support. In a telephone survey of 1,200, 63% said the Olympics should be postponed or canceled. On the opposite side, 27% said the Games should be held. The poll was conducted on Dec. 11-13.

This is less support that was documented in a a similar poll in October. At that time, 40% favored the Olympics going ahead and 48% said they should be canceled or postponed again.

Local organizers and the International Olympic Committee have said the Games cannot be postponed again and must be held this time or canceled.

Q: What is the COVID-19 situation in Tokyo and Japan?

A: Tokyo reported a one-day record of 822 new cases on Thursday. The day before also set a one-day record. Almost 3,000 deaths in Japan has been attributed to COVID-19, a number that is still low by by many international standards. Japan has a population of 125 million.

All COVID-19 numbers in Japan have been climbing since the middle of November.

The first vaccinations in Japan are expected to begin as early as March. The OIympics are to open on July 23, 2021.