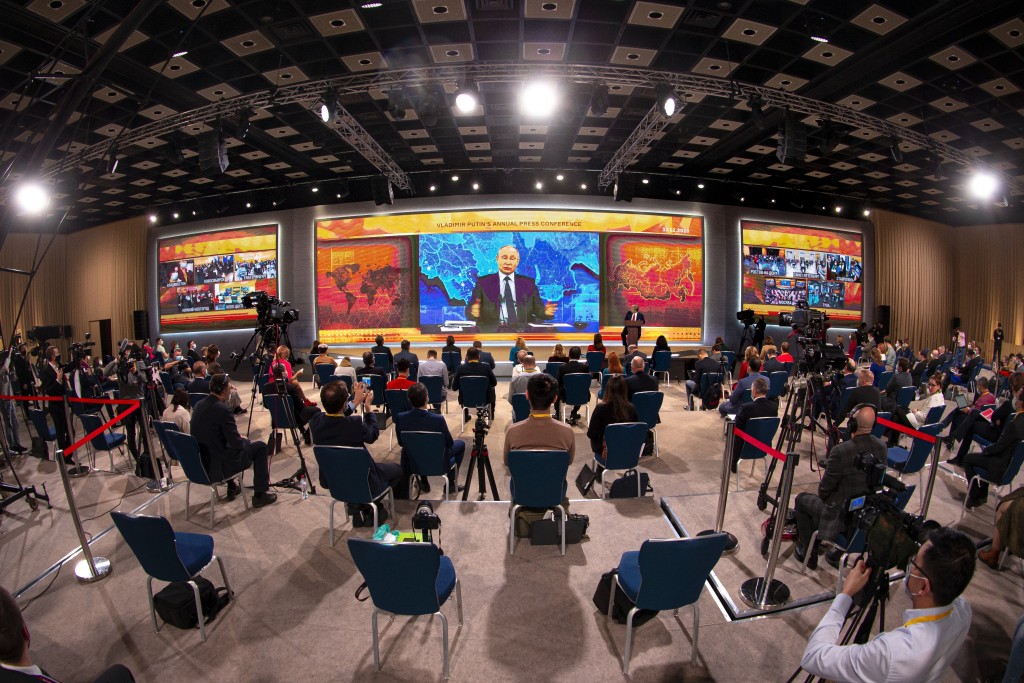 WASHINGTON (AP) — The Trump administration has notified Congress that it intends to shutter the last two remaining U.S. consulates in Russia.

The State Department told lawmakers last week that it would permanently close the consulate in the far eastern Russian city of Vladivostok and temporarily suspend operations at the consulate in Yekaterinburg just east of the Ural Mountains.

The notice was sent to Congress on Dec. 10 but received little attention at the time. That timing predates by three days the public emergence of news about a major suspected Russian computer intrusion into U.S. government and private computer systems that has raised grave cybersecurity fears.

The department's notification to Congress, a copy of which was obtained by The Associated Press, said the closures are due to caps placed by Russian authorities in 2017 on the number of U.S. diplomats allowed to work in the country.

The moves are "in response to ongoing staffing challenges of the U.S. Mission in Russia in the wake of the 2017 Russian-imposed personnel cap on the US Mission and resultant impasse with Russia over diplomatic visas," it said.

Following the closures, the only diplomatic facility the U.S. will have in Russia will be the embassy in Moscow. Russia ordered the closure of the U.S. consulate in St. Petersburg in 2018 after the U.S. ordered the Russian consulate in Seattle closed in tit-for-tat actions over the poisoning of an ex-Russian spy in Britain.

The consulate in Vladivostok had been temporarily closed in March because of the coronavirus pandemic, and staffers there had already begun removing sensitive equipment, documents and other items. The consulates in Vladivostok and Yekaterinburg employ a total of 10 American diplomats and 33 local staff.

The exact timing of the closures has yet to be determined. The American staff are to be relocated to the embassy in Moscow, while the locals will be laid off, according to the notice. The department estimated the permanent closure of the Vladivostok consulate would save $3.2 million per year.

The closures will leave the U.S. without diplomatic representation in a massive swath of Russia — everywhere east of Moscow — and present a major inconvenience for American travelers in Russia's far east, as well as Russians in the region seeking visas to come to the United States, as all consular services will be handled out of the Moscow embassy.