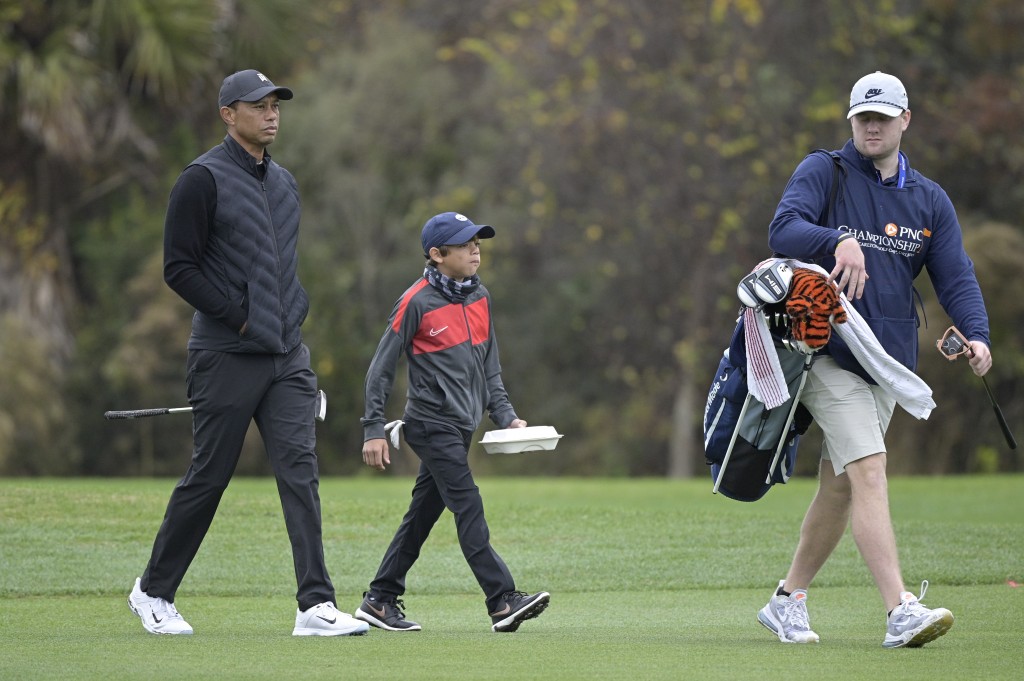 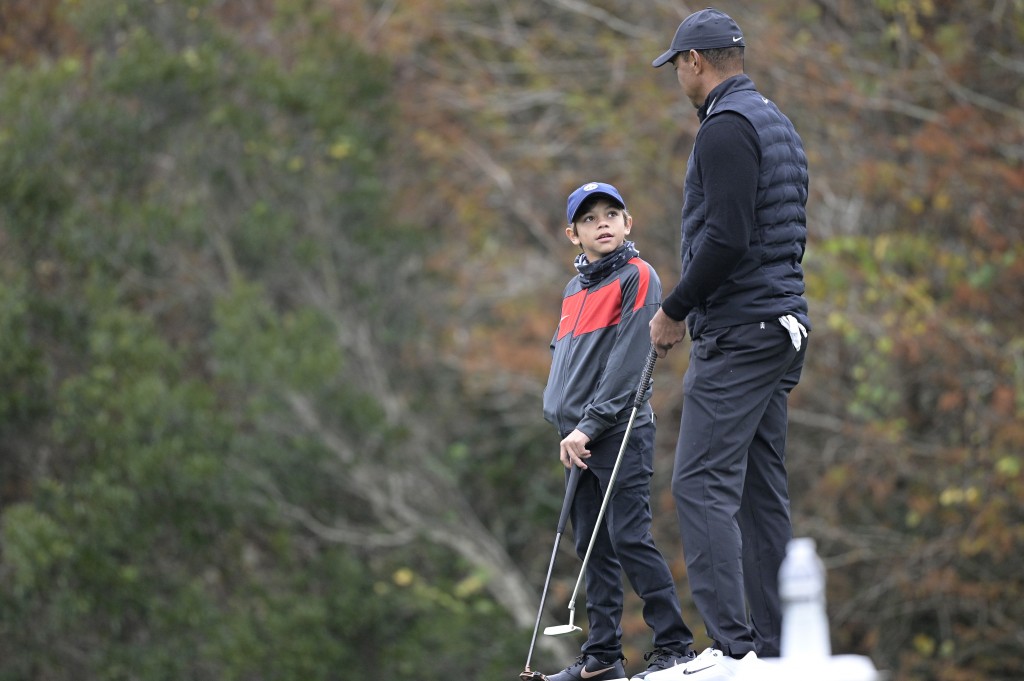 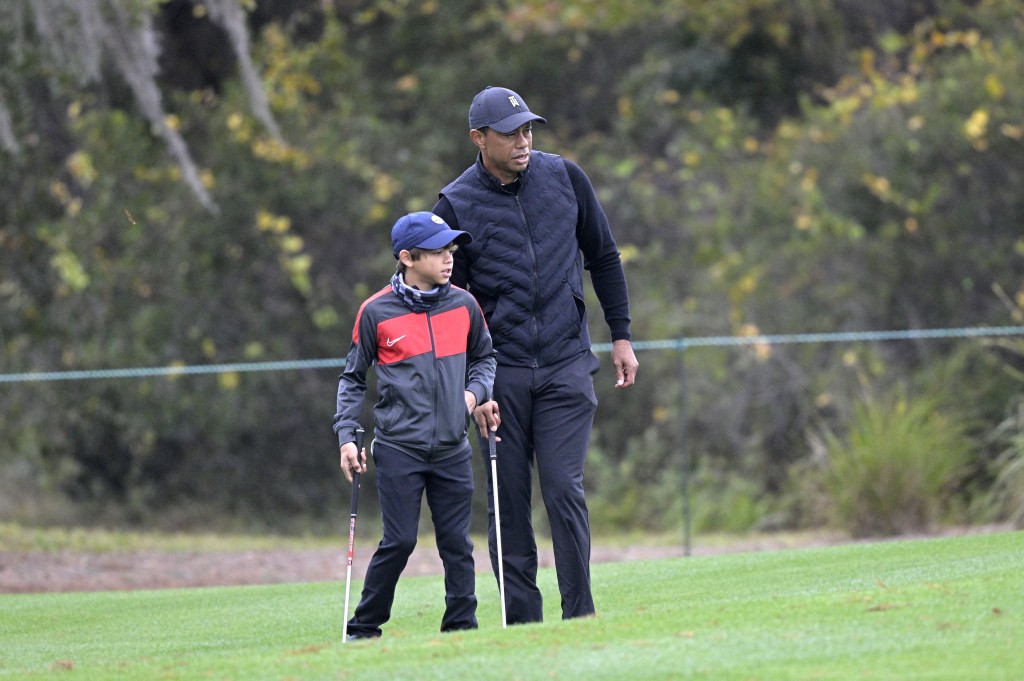 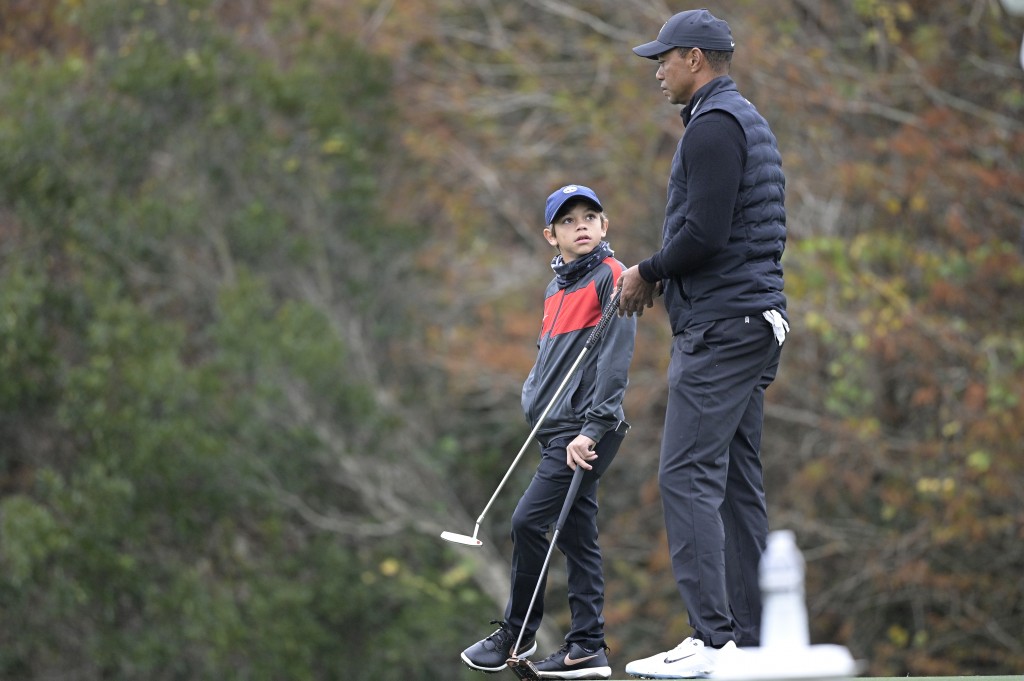 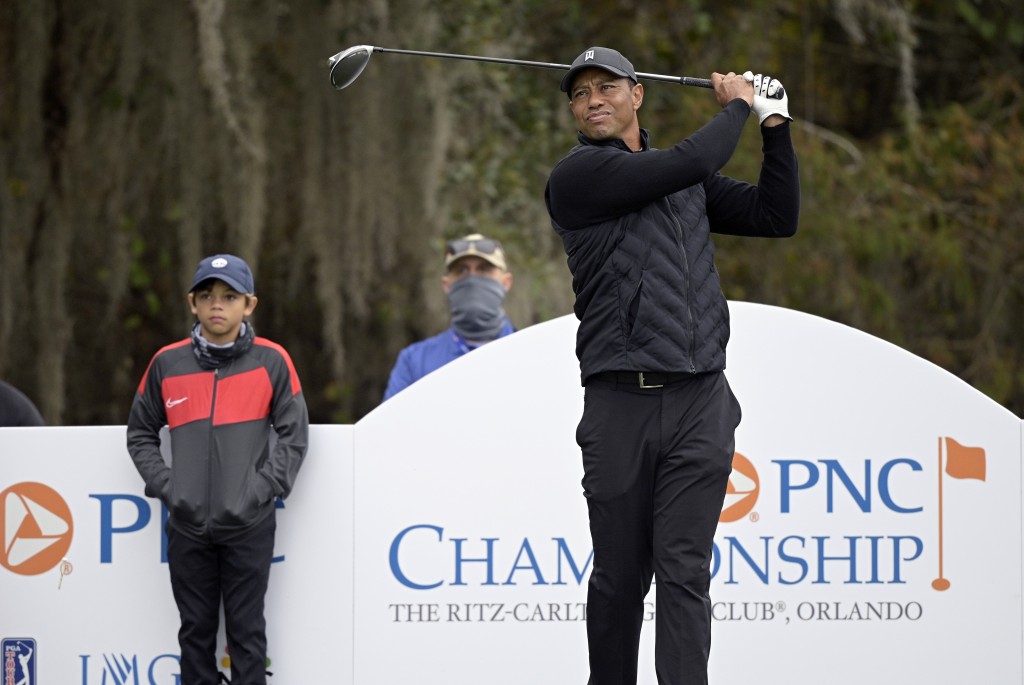 ORLANDO, Fla. (AP) — Padraig Harrington and Tiger Woods turned pro about the same time and have played in some 170 tournaments around the world together. That gave Harrington enough experience to speak to what he saw at the PNC Championship.

“This is the first tournament I've ever played in that Tiger Woods is playing in that he's not the star of the show,” Harrington said Friday. “He should know that himself. He ain't the star of the show this week, and that's very much amongst the players. Everybody is stopping to watch Charlie.”

That would be Charlie Woods, the 11-year-old son of the 15-time major champion.

Alastair Johnston, the vice chairman at IMG, came up with the concept of this tournament 25 years ago as a 36-hole event in which TV viewers would want to see major champions play alongside their sons and daughters. As much as the Hall of Fame players were already on TV, he figured most of the curiosity would be on the children.

It helped that a video on social media last year showed Charlie's smooth swing on the range at a junior tournament, along with him winning a few tournaments. Plus, he's the son of Tiger Woods.

“It's amazing the buzz it's created,” Harrington said. “That sums up the PNC Championship. There's so many nice stories.”

Harrington is playing with his 17-year-old son, Paddy, who is more into rugby and whose sole mission this week is to hit at least one drive past his father, a three-time major champion and Europe's Ryder Cup captain.

Mark Calcavecchia, the 1989 British Open champion, is playing for the first time with his son, Eric. Calcavecchia's wife caddies for him, and his daughter will caddie for his son. It's a family affair.

Even so, this cozy event in the holiday season has come to life with Woods playing for the first time.

Harrington said he has stopped to watch three swings on the range this week. One belongs to 85-year-old Gary Player. Another is Lee Trevino, who at 81 can still shape it. The third is an 11-year-old.

That's what stood out, and what Harrington said was all that mattered. He feels the same way about his own son. He doesn't expect Paddy to chase a career in golf. His hope is a bonding moment — not so much between father and son, but between the son of a major champion and the sport itself.

“I want him to love the game of golf so that he's playing at 85 like Gary Player,” Harrington said.

That would appear to be the case with Woods and his son. Woods used some form of the word “enjoy” more than a dozen times when he spoke to reporters Thursday. His son loves to compete. He loves the needle. And he's having fun.

There's still a winner in the scramble format at The Ritz-Carlton Club Grande Lakes. Bernhard Langer is the defending champion and he intended to bring his son, Jason, back to defend. Turns out Jason was playing tennis recently and hurt his back, so Langer has daughter Jackie at his side.

Harrington has no idea what the future in golf holds for Charlie Woods, though he figures it won't be easy if the kid decides to take after his father. Golf doesn't have much history of sons being as successful as their fathers, not since the days of Old Tom Morris and Young Tom Morris.

Harrington figures someone will comment that the son is not as good as the father, and if he chooses golf and plays well, then it's to be expected given his stock.

“As if it doesn't take any work,” Harrington said.

This isn't limited to golf. Harrington says any child of successful parents faces those expectations.

“Most successful sports people come from a tougher background because they don't have options,” Harrington said. “If it's a bad day ... what do you do the next day? You get up and start practicing. If you have a bad day and you get up the next day and your dad can give you a job, that makes it harder to go practice.”

He said most of the Irish players have fathers who were barmen. His father was a policeman.

“It's really tough to make it if you have options,” he said. “It will be tougher for Charlie."

But that's another development for another day. Not even Woods knows what his son will do, and he said it doesn't matter to him as long as he enjoys it. And that's what Harrington observed, along with the kid's swing.

“He loves it,” Harrington said.