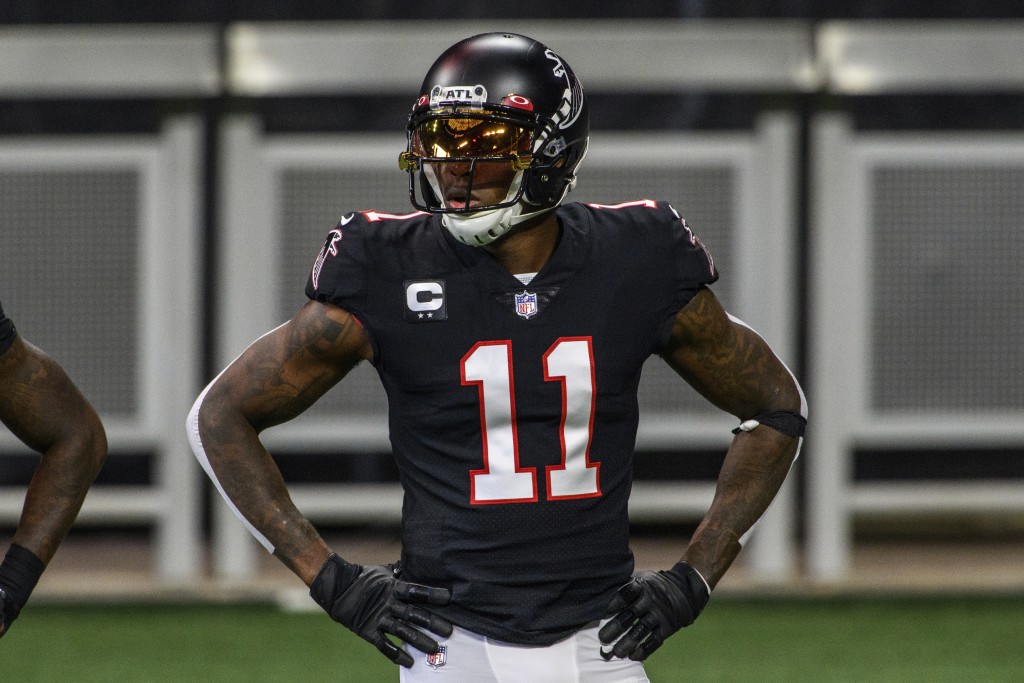 The team ruled Jones out for Sunday's game against Tom Brady and the Tampa Bay Buccaneers (8-5).

This will be the fifth game that Jones has missed with the hamstring issue, which first cropped up in Week 3.

Jones is assured of playing the second-fewest games of his 10-year career. He was limited to five games in 2013 by a season-ending foot injury.

Jones ranks third on the Falcons this season behind Calvin Ridley and Russell Gage with 51 receptions for 771 yards and three touchdowns.