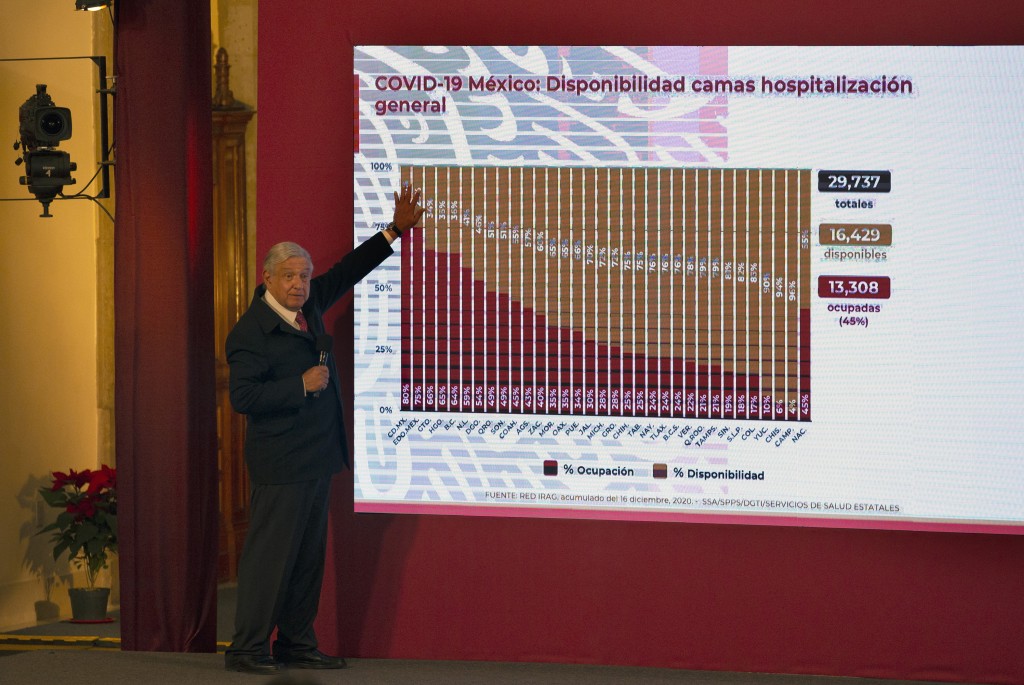 MEXICO CITY (AP) — After weeks of resisting to avoid further hurting the economy, officials announced Friday that Mexico City and surrounding Mexico State will ban all non-essential activities and return to a partial lockdown because of a spike in coronavirus cases that has crowded hospitals.

Residents of the capital and its suburbs will not be banned from moving about freely, but restaurants will be closed except for take-out services, many stores will be closed and cultural activities will be cancelled.

Mexico has never had a total lockdown but did enact shutdowns like the measures announced Friday during the first spike of the pandemic in the spring.

But with families reporting agonizing, hours-long searches for open hospital beds in the city of 9 million — the greater metropolitan area has 21 million inhabitants — it became clear that something had to be done, as cases spiked while throngs of people hit the streets to do Christmas shopping.

Sheinbaum and Mexico State Gov. Alfredo Del Mazo acknowledged that the partial shutdown, which will go into effect Saturday and may last through Jan. 10, will be a painful break with Mexico's traditional family-centered holiday celebrations.

Sheinbaum told city residents “do not hold parties, do not hold gatherings,” but announced no specific plans to prevent them from doing so.

Mexico has seen almost 1.3 million confirmed coronavirus cases nationwide, and about 116,500 test-confirmed deaths. But due to the low level of testing, authorities acknowledge the real death toll is probably closer to 150,000.