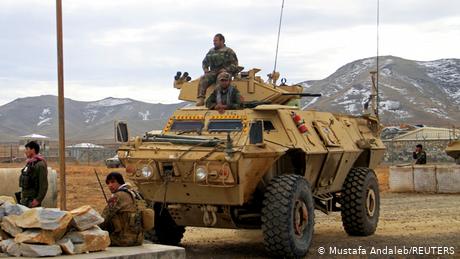 At least 15 children were killed and 20 more people wounded when a motorized rickshaw exploded in eastern Afghanistan on Friday, authorities said.

The children had gathered at a home in a Taliban-controlled area to recite Quran verses. According to officials in the Ghazni province, a man drove the rickshaw, laden with goods, into a village in the Gilan district, apparently for trade. The children noticed the vehicle and approached it when the blast took place.

"Unfortunately, as a result of this incident 15 people, all children, were martyred," said Wahedullah Jumazada, spokesman for the province's governor. He warned that the death toll could rise.

The Taliban, however, disputed this narrative. Taliban spokesman Zabihullah Mujahid said the children were trying to sell an unexploded shell to the man and that it exploded. He also claimed that the death toll was lower, saying 12 children lost their lives.

It was not immediately possible to reconcile the conflicting accounts, as the blast site in the Taliban-dominated area is inaccessible to reporters.

The Taliban controls several regions of the volatile Ghazni province and often clash with the government forces. A suicide attack on a Ghazni military base killed at least 30 people last month.

The fighting has escalated across Afghanistan in recent months, despite ongoing peace talks and the US pledge to reduce its military presence. This week, Kabul's deputy governor was killed in a car bomb blast, and a female TV anchor was shot dead last week. The peace talks are set to resume in Qatar in early January.