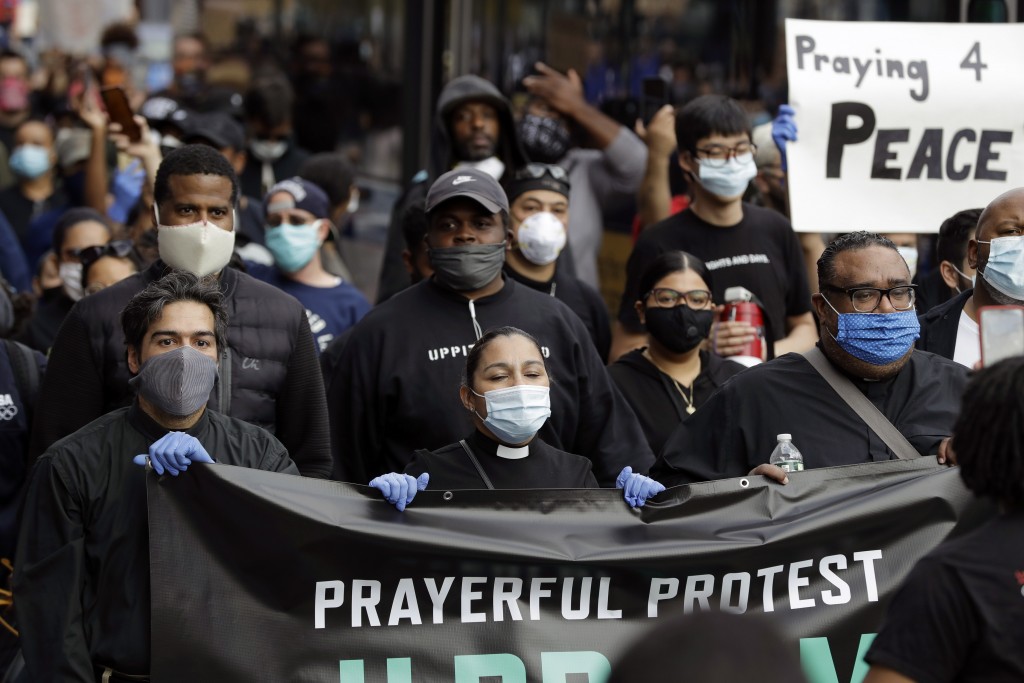 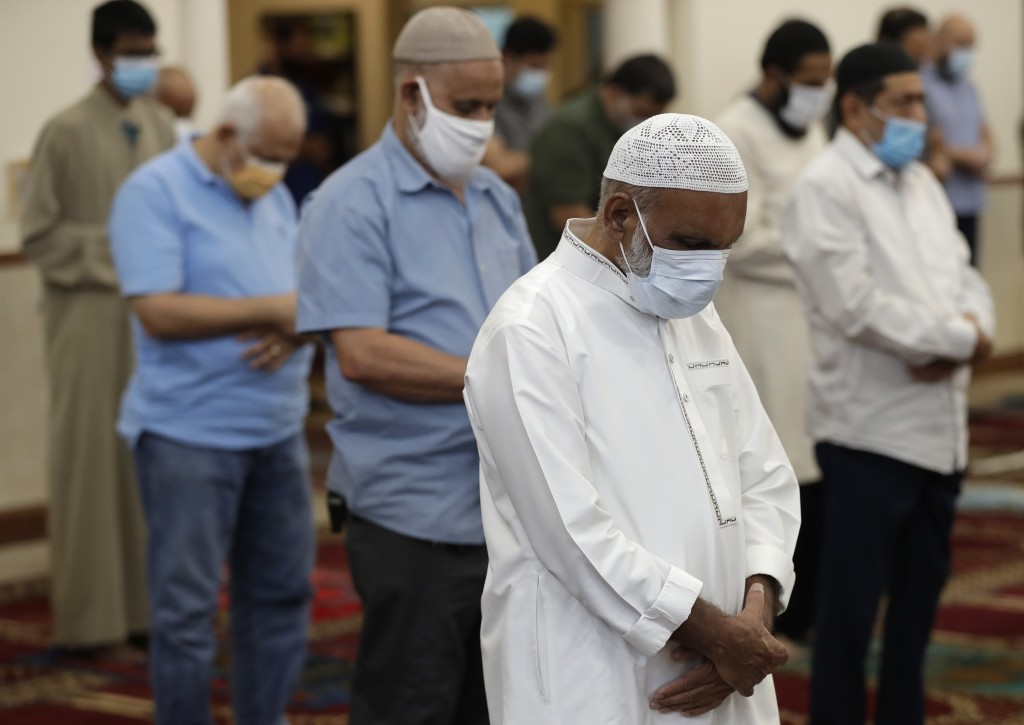 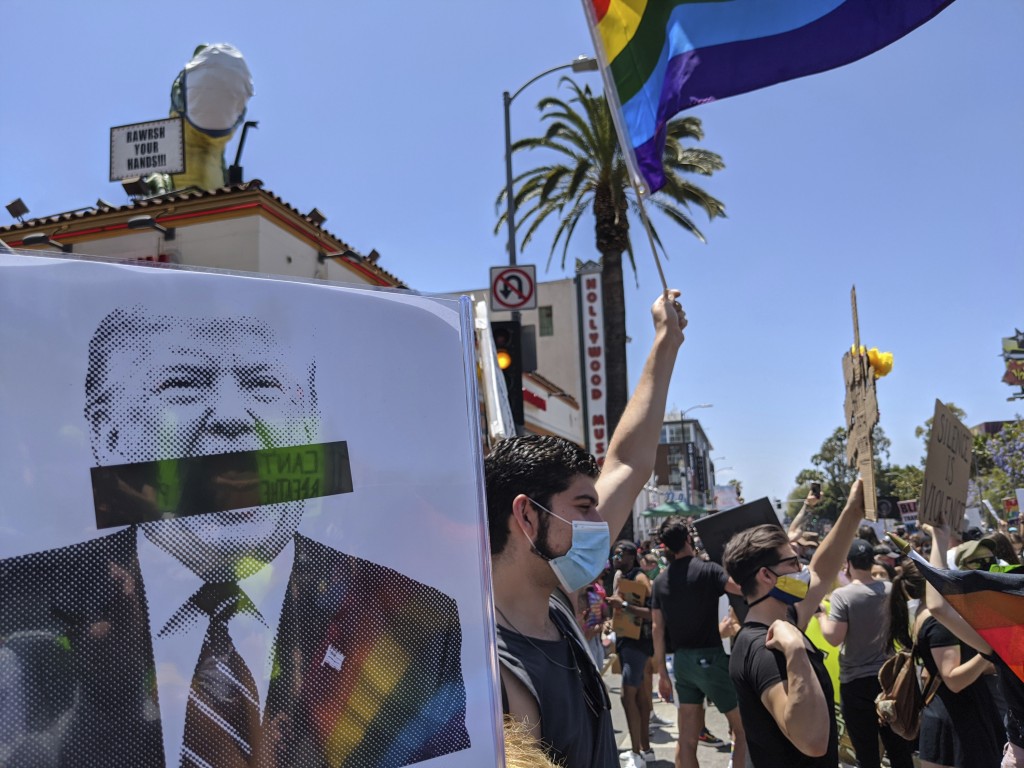 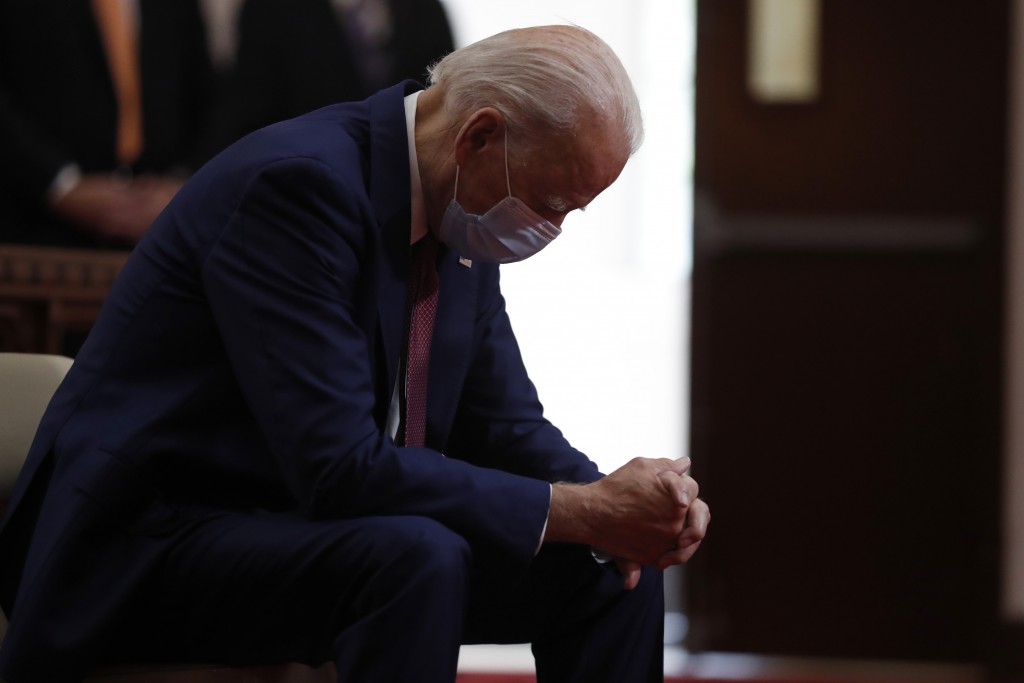 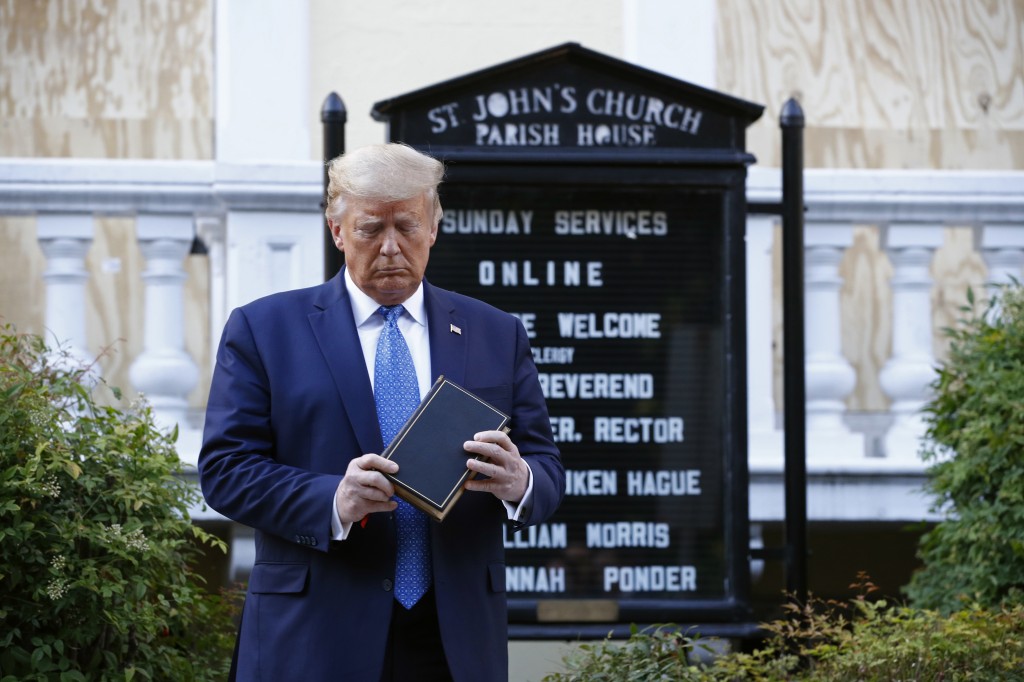 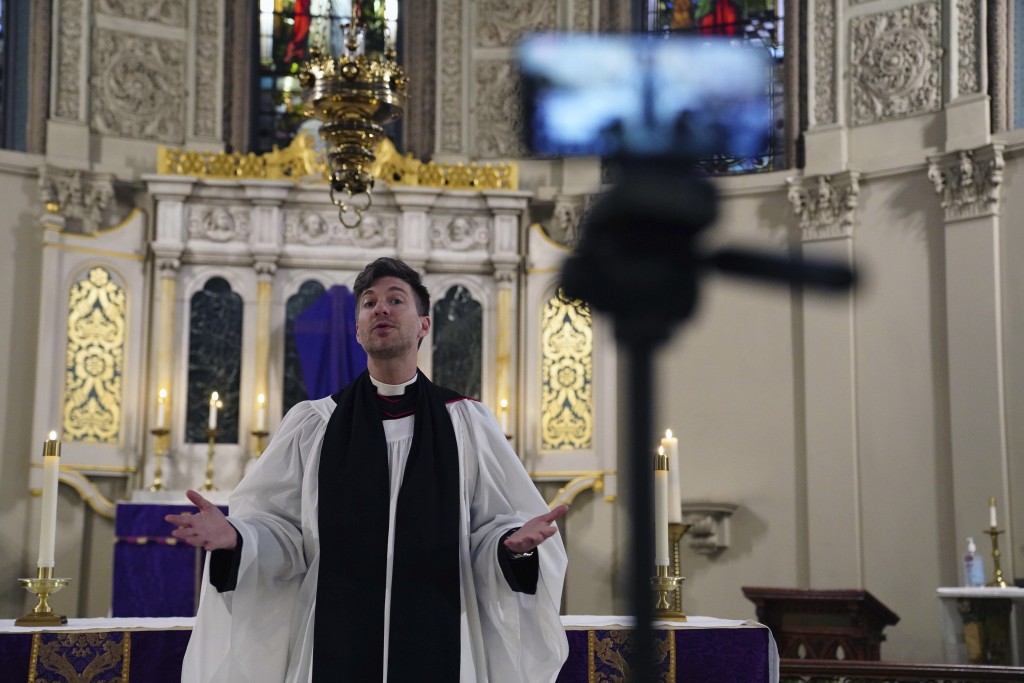 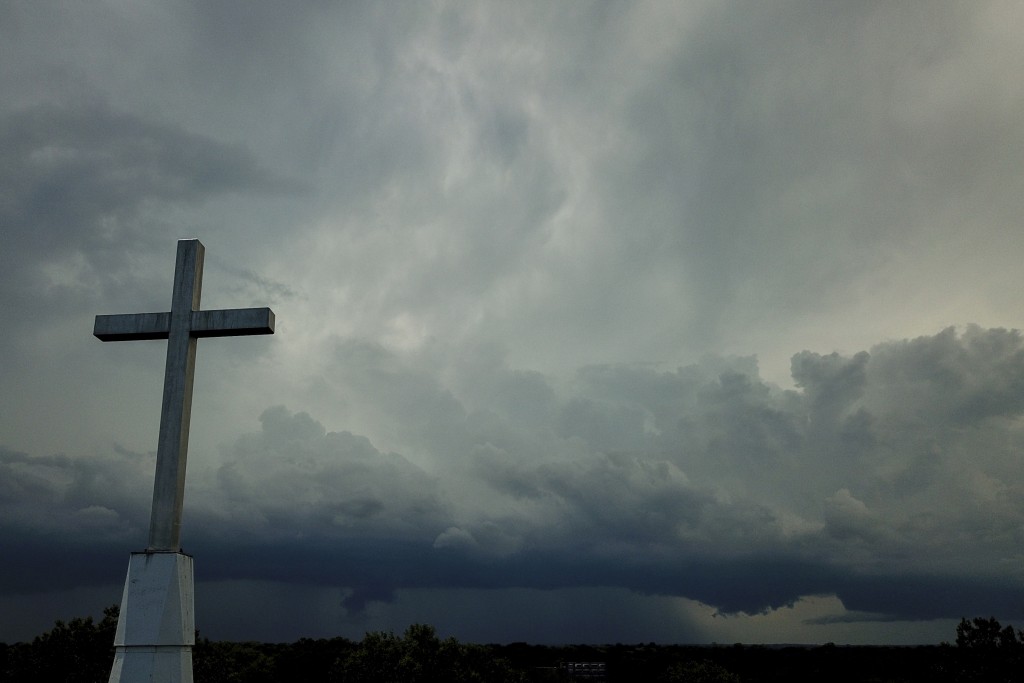 For many religious denominations in the United States, there were two shared preoccupations in 2020 beyond the usual matters of faith: How to cope with the coronavirus pandemic and how to respond to tumultuous political events.

With Joe Biden replacing Donald Trump as president, and with vaccines eventually expected to ease the threat of COVID-19, the challenges for faith leaders in 2021 will shift.

Here’s a look at some important storylines to keep an eye on in the coming year for religion in the country:

During nationwide protests, leaders from many religious traditions spoke out to support the peaceful goals of demonstrators. But in the months since, some segments — particularly within Christianity — have taken notably different approaches. Leaders of the six seminaries within the Southern Baptist Convention released a statement in November decrying critical race theory, a broad term often used to describe critiques of societal racism, as “incompatible with” central tenets of the faith. Meanwhile, members of other Christian denominations, including Episcopalians and United Methodists, are exploring reparations to African Americans in greater depth.

CATHOLICS AND THE PRESIDENT

Biden will be just the second Roman Catholic president in U.S. history, after John F. Kennedy. But he has been viewed cautiously by the U.S. Conference of Catholic Bishops over his support for abortion rights. Some argue Biden should be barred from partaking in Holy Communion, and the bishops conference has formed a working group to study how to deal with him. However, there has been a relatively positive response from Cardinal Wilton Gregory, the archbishop of Washington. He says he won’t prevent Biden from receiving Communion and looks forward to cooperating on social issues where the president-elect’s views mesh with church teaching.

Trump built close ties to conservative evangelicals even before his 2016 election, but he didn’t establish a formal White House faith operation until more than a year after his inauguration. His Faith and Opportunity Initiative has been led by Florida-based televangelist Paula White, a longtime spiritual adviser to Trump who later campaigned for his reelection. While it’s not yet clear how Biden will set up and staff his own White House faith office, his choices will shape his administration’s approach to religious outreach. A recent report by the nonpartisan Brookings Institution recommended focusing on helping the needy by forming religious and nonreligious alliances, rather than elevating specific faith-based groups.

Under Trump there have been some rollbacks in civil rights protections for LGBTQ people that Biden is vowing to restore and expand. But that may prove complicated if Republican lawmakers and the Supreme Court, now with a solid conservative majority, endorse the arguments of religious conservatives that some of those protections infringe on religious liberty. One example: a pending Supreme Court case in which a Catholic social services agency says it should be able to turn away same-sex couples who want to be foster parents, while still receiving local government funding. Religious conservatives also vow to oppose efforts by Democrats in Congress to pass the Equality Act, which would extend nationwide the comprehensive anti-bias protections already afforded to LGBTQ people in 21 mostly Democratic-governed states, covering such sectors as housing, public accommodations and public services.

The Southern Baptist Convention, the country’s largest Protestant denomination. plans a national meeting in June after canceling it in 2020 due to COVID-19. A new SBC president will be elected at the meeting. For now the only declared candidate is the Rev. Albert Mohler, president of the Southern Baptist Theological Seminary. He was critical of Trump in 2016 but gradually became a supporter as the president appointed conservative judges and advocated for religious liberty. Mohler is now warning that Biden’s administration will dismay many Southern Baptists with initiatives bolstering abortion rights and LGBTQ rights.

The pandemic also forced the United Methodist Church to cancel a potentially momentous national meeting last May that’s now rescheduled for late August. The same topic will dominate the agenda: Whether America’s largest mainline Protestant denomination will split due to differences over inclusion of LGBTQ people. Many congregations want to fully recognize same-sex marriage and ordain LGBTQ people as ministers, while conservatives want to maintain longstanding but sporadically enforced bans. Under one proposal, conservative congregations and regional bodies would be allowed to separate and form a new denomination while receiving $25 million in UMC funds and keeping their properties.

Muslim American groups have lauded Biden’s plans to end Trump’s curbs on travel from several majority-Muslim nations. And after that, the nation’s diverse Muslim communities have other hopes for his administration. Refugee admissions to the U.S. have plummeted, with a screening system led by several faith-based groups brought to a near halt as Trump slashed the annual refugee ceiling. Biden has pledged to raise it and to build a diverse administration that includes Muslim American voices.

Even amid a mass vaccine distribution effort, religious communities will continue to wrestle with the pandemic’s impact on in-person worship. Religious liberty advocates, particularly conservative ones, have criticized state and local restrictions as improperly hindering worship more than secular activities like shopping or dining. Other clerical leaders have embraced online services, saying keeping people safe should take precedence over traditions. Biden illustrated the thorniness of the debate recently when he gave a short answer to a question about Americans’ ability to worship during the pandemic: That it should happen “safely.”