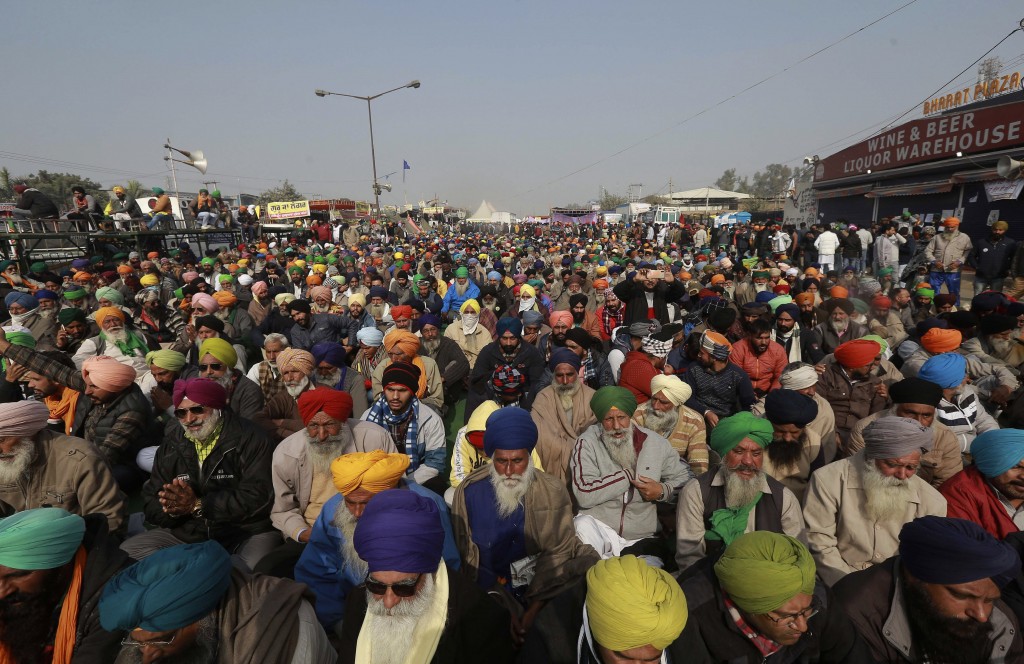 NEW DELHI (AP) — India’s prime minister said Friday his government is willing to address the concerns of tens of thousands of farmers who are blocking key highways in a protest against new agricultural reform laws, but rejected their demand that the legislation be repealed.

Prime Minister Narendra Modi accused opposition parties of spreading fear that the three laws approved by Parliament in September would drive down crop prices and lead to farmers’ exploitation by corporations.

“If anyone has any concerns, then with our heads bowed, our hands folded, with humility, we are willing to allay their fears by discussing contentious issues,” Modi said in a speech to a group of farmers supporting the legislation.

The protesting farmers have blockaded highways connecting New Delhi to northern India for three weeks, obstructing transportation and dealing a blow to manufacturing and businesses in the north.

Protest leaders have rejected the government’s offer to amend some contentious provisions of the laws.

The protesting farmers say the laws will lead to the cartelization and commercialization of agriculture and make farmers vulnerable to corporate greed.

Modi said the laws will protect the farmers’ interests. He didn’t comment on a proposal by the Supreme Court to delay their implementation to facilitate a resumption of dialogue with the farmers, who have been camping on highways on the outskirts of New Delhi since Nov. 27.

The court also has offered to set up a panel to mediate between the two sides after five rounds of talks failed to end the impasse.

“These laws were not brought in overnight. In the past 22 years, every government, state has discussed these in detail. Farmer groups, agricultural experts, economists, scientists and progressive farmers have called for reforms. Political parties opposing these laws today promised these reforms in their election manifestos in the past,” Modi said.

Nearly 60% of the Indian population depend on agriculture for their livelihoods.

The government says the reforms will enable farmers to market their produce and boost production through private investment.