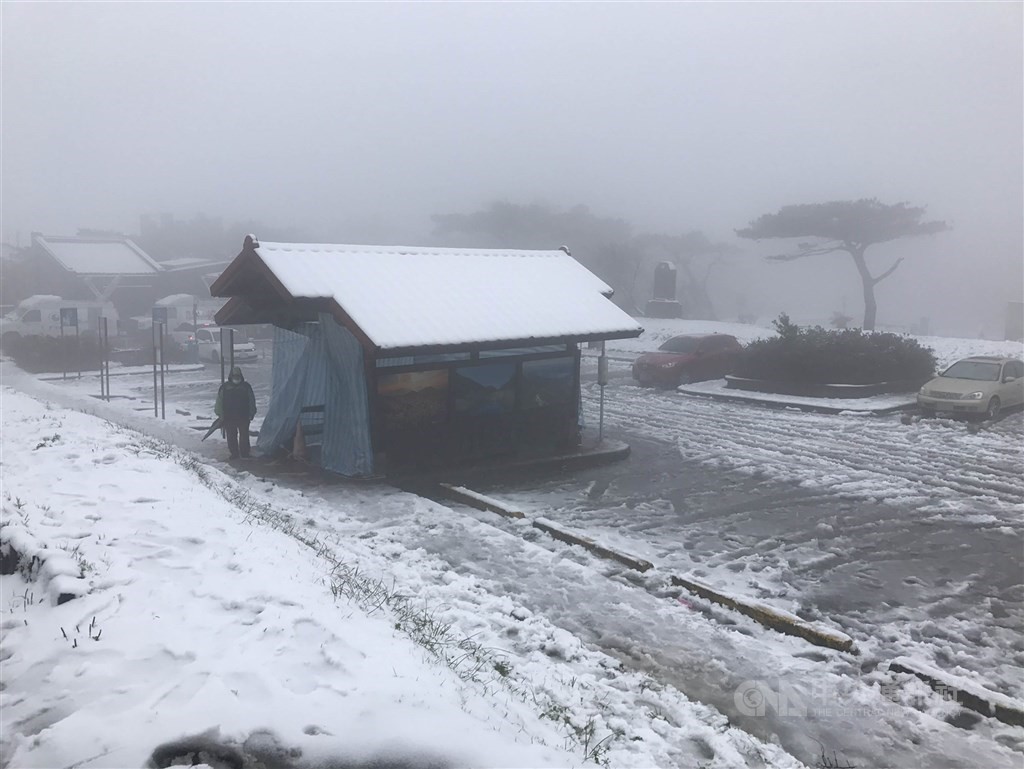 TAIPEI (Taiwan News) — Northeasterly winds starting to bite Friday (Dec. 18) night could lead to snow on the country’s tallest peaks at the start of the new week, according to weather forecasters.

A combination of the northeasterly winds biting across Taiwan and cloud formations heading north could combine to produce the first snowfall of the winter season in mountain areas, CNA reported.

Before that, the weekend will see increased chances of rain in the north, on the east coast and on the Hengchun Peninsula in the far south, according to the Central Weather Bureau. Other parts of the country should remain cloudy or even sunny.

Maximum temperatures will range from 17-19 degrees Celsius in the north to 22-24 C in the center and east, up to 26 C in the south. However, by the end of the weekend, clouds will start to cover most of central and south Taiwan, leading to precipitation which is likely to fall in the form of snow in high-lying areas, according to forecasters.

Heavy rain is likely to continue in mountainous areas of north Taiwan, in Keelung and along northern coastlines after the weekend. For the rest of the year, the Central Weather Bureau sees one wave of northeasterly wind after the other, meaning rain will likely continue with short intervals in the north.