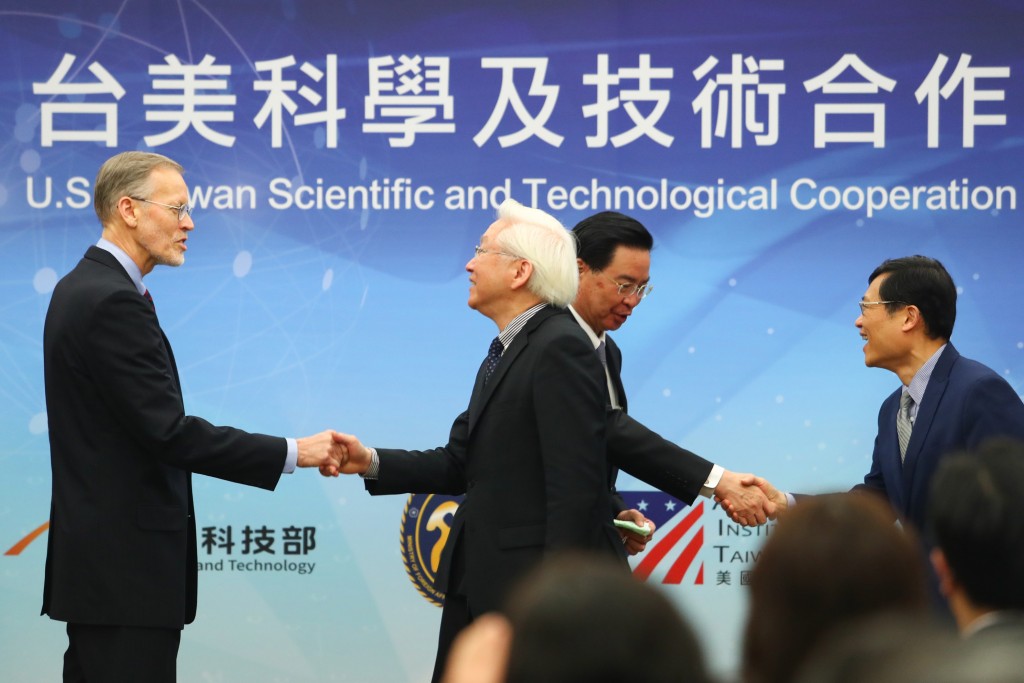 Taiwan and the United States on Friday jointly announced the signing of a U.S.-Taiwan Scientific and Technological Cooperation Agreement aimed at providing a legal structure for further cooperation in these fields.

The idea of signing the agreement was raised by U.S. Under Secretary of State Keith Krach during the dialogue, Wu said.

"The fact that the agreement was signed within a month after the dialogue demonstrated that the Taiwan-U.S. partnership is marked with a high level of mutual trust and close cooperation," he said.

Brent Christensen, director of the American Institute in Taiwan (AIT), said that while the U.S. and Taiwan have signed many memorandums of understanding regarding scientific cooperation, "this agreement will allow that relationship to significantly deepen and grow."

"More importantly, this agreement is symbolic of the trust and the values that we both share," he said.

AIT serves as the de facto U.S. embassy in Taiwan because of the absence of diplomatic relations between the two countries.

The agreement was signed by Taiwan's representative to the U.S. Hsiao Bi-khim (蕭美琴) and AIT Managing Director Ingrid Larson on Tuesday in Washington D.C., according to a MOFA statement.

Witnessing the signing virtually was Wu, Science and Technology Minister Wu Tsung-tsong (吳政忠) and Deputy Economic Affairs Minister Chen Chern-chyi (陳正祺) on the Taiwan side and Krach and Assistant Secretary of State David Stilwell on the U.S. side.

According to the agreement, the two sides shall develop, support, and facilitate cooperation across a broad range of scientific research and technological cooperation.

MOFA said it will continue to deepen Taiwan-U.S. relations by building on the solid foundation that currently exists, as shown in the establishment of new mechanisms such as the U.S.-Taiwan EPP Dialogue, the U.S.-Taiwan Education Initiative and the Women's Livelihood Bonds project. (by Emerson Lim and Matt Yu)