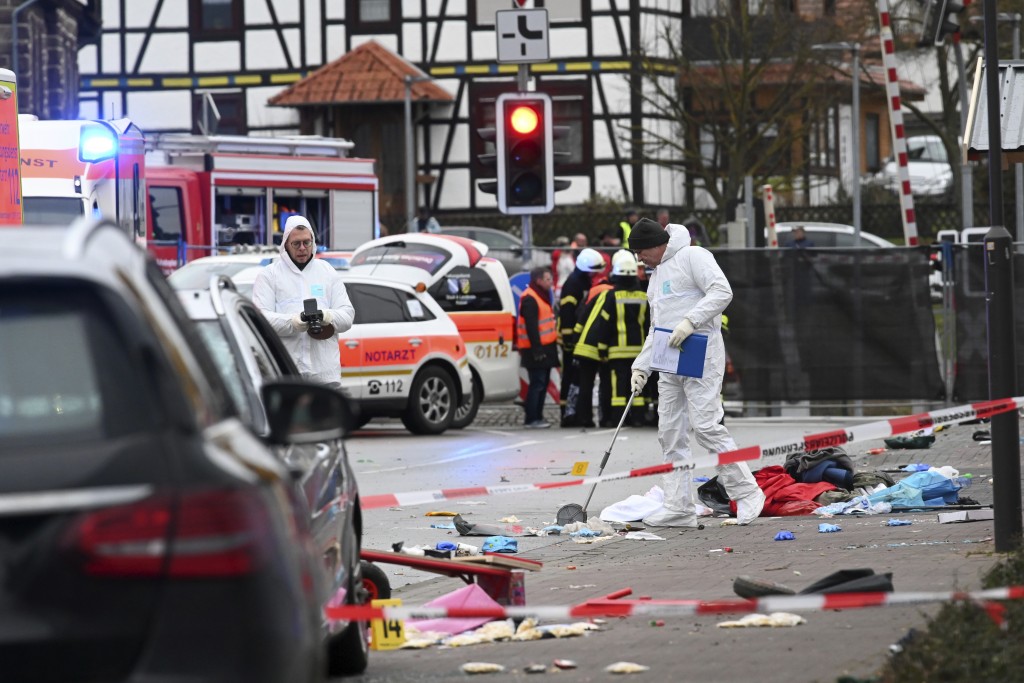 BERLIN (AP) — A German man has been charged with 91 counts of attempted murder for driving his car into a crowd celebrating Carnival earlier this year in the central town of Volkmarsen, Frankfurt prosecutors said Friday.

The 30-year-old, whose name hasn't been released in line with German privacy laws, also faces 90 counts of causing bodily harm and other lesser crimes.

He is accused of driving his car at more than 50 kph (30 mph) through a crowd of people watching the town's traditional “Rose Monday” procession, which included many children, in an attempt to kill them.

None died, but he injured 90, including 20 who needed hospitalization.

He is accused of planning the attack in advance and having installed a dashboard camera in order to record it. Prosecutors said the suspect was neither under the influence of alcohol nor drugs at the time of the crime.

The man, who was arrested at the scene, has refused to make any statement to investigators, prosecutors said.