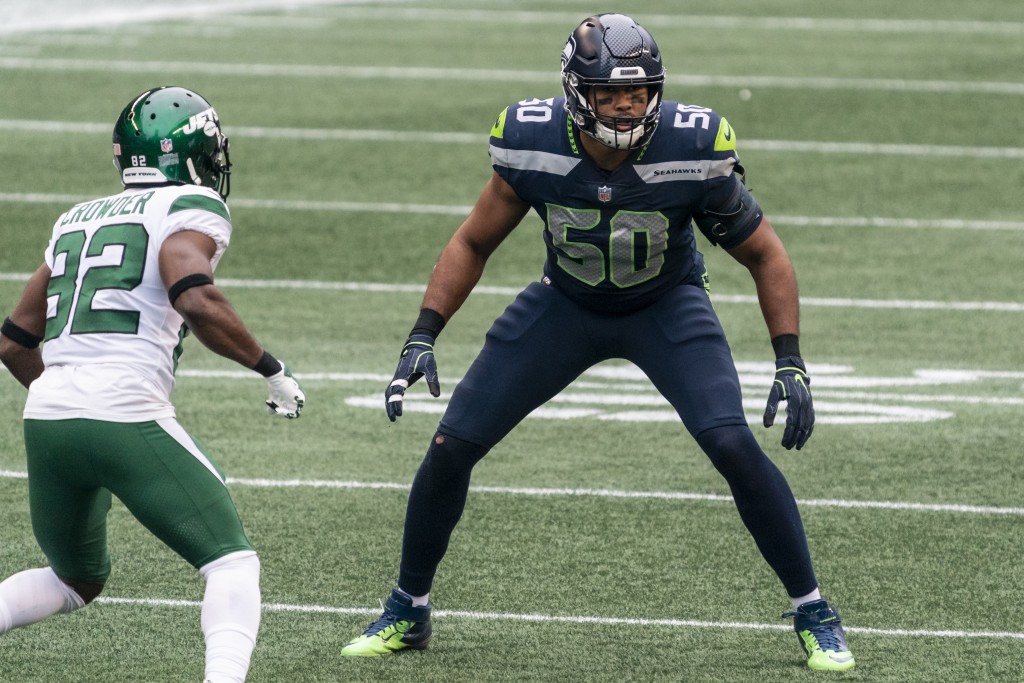 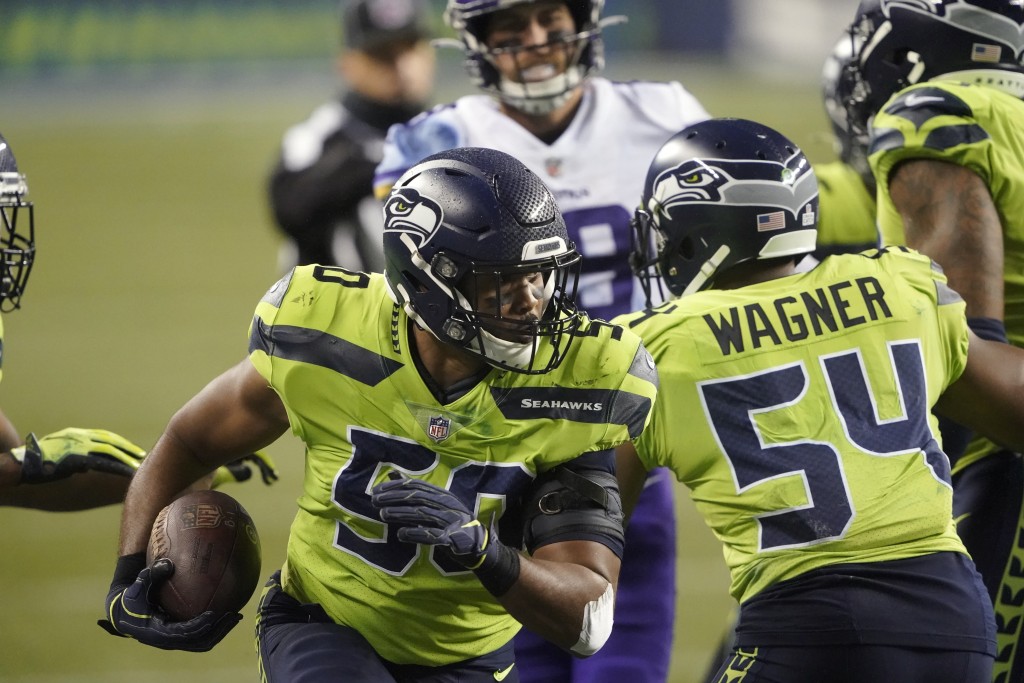 RENTON, Wash. (AP) — Once he became established in the NFL, K.J. Wright regularly said his goal was to make it 10 seasons in the league and then evaluate his next steps.

The way Wright is playing this season for the Seattle Seahawks, his 10th in the league, there may be more seasons to come.

“That’s a tough question. But, yeah I got my goal,” Wright said. “I’m playing, really good. So when this happens, I’m gonna sit back and see what’s next for me. But as of now, I’m looking really good. So I’m pretty happy that year 10 is going in the right direction.”

Nearing the end of that 10th season, Wright is playing some of the best football of his career, leading to the question of whether he might have a future with Seattle beyond this season.

Wright’s numbers won’t jump out with 68 total tackles and two sacks. But due to injuries, Wright is playing a different role than previous years. And he’s thriving as part of a defense that has reversed the issues from earlier in the season and playing markedly better going into Sunday’s game at Washington.

“I just love the way that we have our Saturday night meetings where we all just talk about our assignments and what’s expected of your position when the play is called,” Wright said. “It’s looking really good and we just need to continue it. It’s going to be important down this last stretch into the playoffs and we just need to keep this chemistry going.”

Wright signed a two-year contract before the start of the 2019 season, but before this season started there was concern Wright could be a potential cut due to his high salary and Seattle’s decision to draft Jordyn Brooks, his potential replacement, in the first round last April.

And in a way, they did draft Wright’s replacement. Brooks has been Seattle’s primary option at weak-side linebacker since the midpoint of the season. But the move with Brooks was due to Wright moving to strong-side linebacker and playing on the line of scrimmage after Bruce Irvin was lost for the season to a knee injury and Seattle realized Wright was its best option in the spot.

It’s a position Wright has begrudgingly played in the past, willing to do it for the team, but not his preferred option. This time around, Wright seems to be enjoying his role, especially with moving back to his more traditional weak-side spot in passing situations.

“I’ve been making a few plays all season, so it’s been going good,” Wright said. “I’m definitely showing my versatility.”

That versatility may be the reason Wright stays around for one more contract, if he wants. Wright will turn 32 before the start of next season. Right now, he’s the longest tenured current Seattle player and one of a small handful still around from its Super Bowl championship team in 2013.

Seattle defensive coordinator Ken Norton Jr. said: “I can’t imagine this team without him. He’s that good of a player.”

Seattle coach Pete Carroll was equally effusive in his praise.

“The position allows for his freedom to make plays in the run game, the passing game, and rushing the passer at times, and it’s just it suits him really well,” Carroll said. “I know he’s looking pretty good right now. I don’t know why we’d be talking about anything other than him playing football for as long he wants to.”