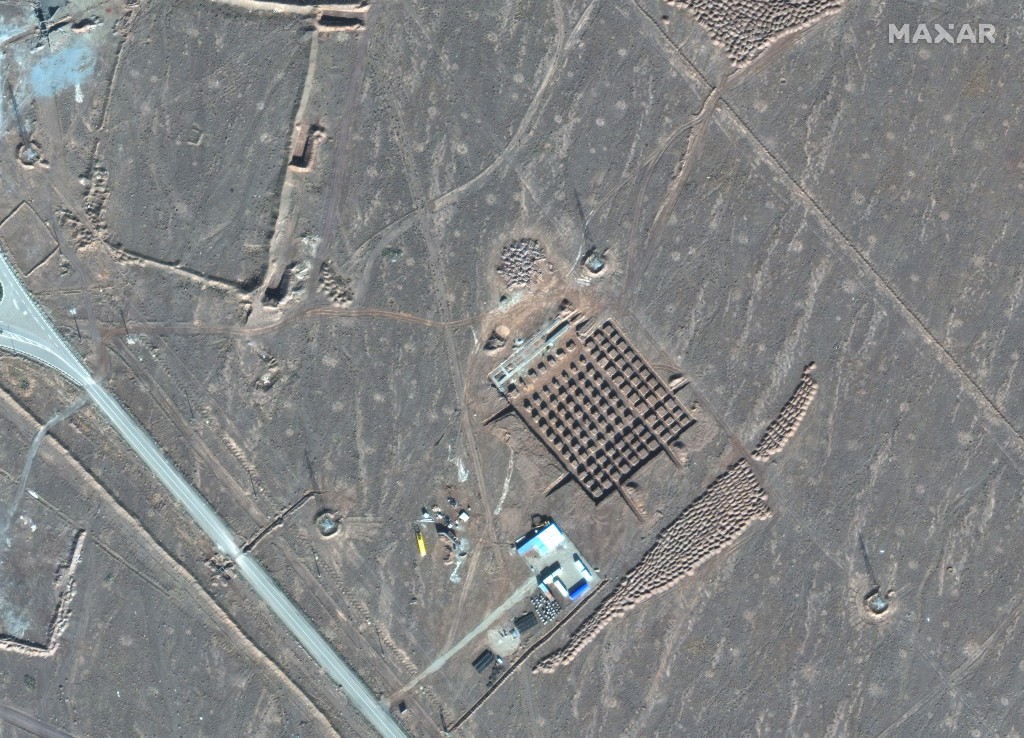 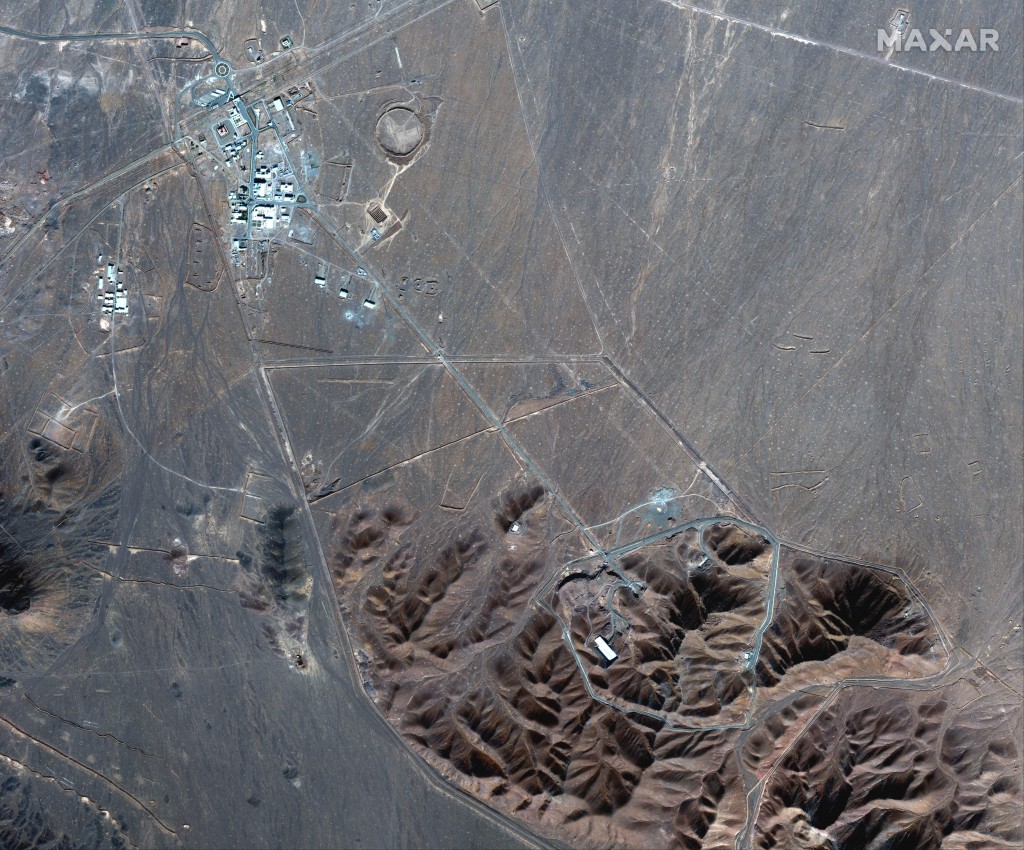 DUBAI, United Arab Emirates (AP) — Iran has begun construction on a site at its underground nuclear facility at Fordo amid tensions with the U.S. over its atomic program, satellite photos obtained Friday by The Associated Press show.

Iran has not publicly acknowledged any new construction at Fordo, whose discovery by the West in 2009 came in an earlier round of brinkmanship before world powers struck the 2015 nuclear deal with Tehran.

While the purpose of the building remains unclear, any work at Fordo likely will trigger new concern in the waning days of the Trump administration before the inauguration of President-elect Joe Biden. Already, Iran is building at its Natanz nuclear facility after a mysterious explosion in July there that Tehran described as a sabotage attack.

“Any changes at this site will be carefully watched as a sign of where Iran’s nuclear program is headed," said Jeffrey Lewis, an expert at the James Martin Center for Nonproliferation Studies at the Middlebury Institute of International Studies who studies Iran.

Construction on the Fordo site began in late September. Satellite images obtained from Maxar Technologies by the AP show the construction taking place at a northwest corner of the site, near the holy Shiite city of Qom some 90 kilometers (55 miles) southwest of Tehran.

A Dec. 11 satellite photo shows what appears to be a dug foundation for a building with dozens of pillars. Such pillars can be used in construction to support buildings in earthquake zones.

The construction site sits northwest of Fordo's underground facility, built deep inside a mountain to protect it from potential airstrikes. The site is near other support and research-and-development buildings at Fordo.

Among those buildings is Iran's National Vacuum Technology Center. Vacuum technology is a crucial component of Iran's uranium-gas centrifuges, which enrich uranium.

The AP later reached the Twitter user, who identified himself as a retired Israeli Defense Forces soldier with a civil engineering background. He asked that his name not be published over previous threats he received online. The Korea Aerospace Research Institute acknowledged taking the satellite photo.

Trump in 2018 unilaterally withdrew the U.S. from Iran's nuclear deal, in which Tehran had agreed to limit its uranium enrichment in exchange for the lifting of economic sanctions. Trump cited Iran's ballistic missile program, its regional policies and other issues in withdrawing from the accord, though the deal focused entirely on Tehran's atomic program.

When the U.S. ramped up sanctions, Iran gradually and publicly abandoned the deal's limits as a series of escalating incidents pushed the two countries to the brink of war at the beginning of the year. Tensions still remain high.

Under the 2015 nuclear deal, Iran agreed to stop enriching uranium at Fordo and instead make it “a nuclear, physics and technology center.”

“This location was a major sticking point in negotiations leading to the Iran nuclear deal,” Lewis said. “The U.S. insisted Iran close it while Iran’s supreme leader said keeping it was a red line.”

Since the deal's collapse, Iran has resumed enrichment there.

Shielded by the mountains, the facility also is ringed by anti-aircraft guns and other fortifications. It is about the size of a football field, large enough to house 3,000 centrifuges, but small and hardened enough to lead U.S. officials to suspect it had a military purpose when they exposed the site publicly in 2009.

As of now, Iran is enriching uranium up to 4.5%, in violation of the accord’s limit of 3.67%. Iran's parliament has passed a bill that requires Tehran to enrich up to 20%, a short technical step away from weapons-grade levels of 90%. The bill also would throw out IAEA inspectors.

Experts say Iran now has enough low-enriched uranium stockpiled for at least two nuclear weapons, if it chose to pursue them. Iran long has maintained its nuclear program is peaceful.

Meanwhile, an Iranian scientist who created its military nuclear program two decades ago recently was killed in a shooting outside of Tehran. Iran has blamed Israel, which has long been suspected of killing Iranian nuclear scientists over the last decade, for the attack. Israel has not comment.