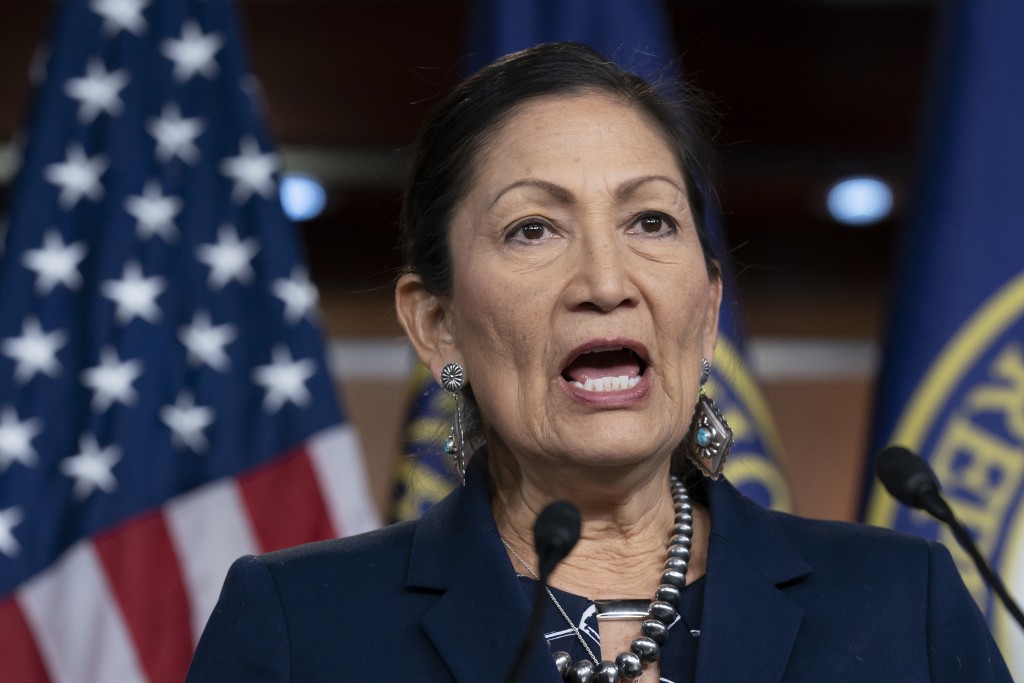 Biden said Thursday that the selections round out what he said would be an experienced climate team ready from their first day in office to tackle the “undeniable, accelerating, punishing reality of climate change.” Biden is proposing a sweeping overhaul of the nation’s transportation and electrical systems to cut the oil, gas and coal emissions behind worsening global warming.

The picks also help Biden fulfill his promise to put together a Cabinet that reflects the diversity of America. Regan is Black, while Haaland would be the first Native American Cabinet member in U.S. history. Biden will introduce Regan, Haaland and other newly named nominees at an event Saturday.

Regan became environmental chief in North Carolina in 2017 and made a name for himself by pursuing cleanups of industrial toxins and helping the low-income and minority communities hit hardest by pollution. North Carolina Gov. Roy Cooper, who hired Regan, told The Associated Press this week that Regan was “a consensus builder and a fierce protector of the environment.”

If confirmed by the Senate, Regan would take over the EPA after four years that have seen the Trump administration weaken or eliminate key public health and environmental protections. President Donald Trump had made the agency a special target for his drive to cut regulation, saying early on that he would leave only “bits” of the environmental agency behind.

Trump rollbacks and proposed rollbacks include weakening air pollution rules for industries, slashing protection for wetlands and waterways and eliminating Obama-era efforts to halt climate change by curbing exhaust and smokestack emissions from autos and factories. Opponents say some of many other rollbacks in the agency will make it harder for regulators to adopt new limits based on threats highlighted in public health studies.

In North Carolina, Regan led the negotiations that resulted in the cleanup of the Cape Fear River, which has been dangerously contaminated by PFAS industrial compounds from a chemical plant. PFAS have been associated with increased risk of cancer and other health problems. With Duke Energy, he negotiated what North Carolina says was the largest cleanup agreement for toxic coal ash.

Regan previously spent almost a decade at the federal EPA, including managing a national program for air pollution issues.

Other past work included serving as an associate vice president for climate and energy issues at the Environmental Defense Fund advocacy group and as head of his own environmental and energy consulting firm.

For her part, Haaland would be the first Native American to lead the Interior Department, the powerful federal agency that has wielded influence over the nation’s tribes for generations.

Haaland, a member of the Pueblo of Laguna, would be in charge of an agency that has tremendous sway over the nearly 600 federally recognized tribes as well as over much of the nation’s vast public lands, waterways, wildlife, national parks and mineral wealth.

She tweeted Thursday, “In 4 years, Trump failed Indian Country & only broke more promises. It was exacerbated by the Administration’s failure to take this #pandemic seriously. Looking forward to turning the page on this dark chapter.”

Haaland's historic selection was praised by tribal leaders, progressive activists and Democratic figures alike. Some on Biden’s transition team had expressed concerns about further thinning a narrow Democratic House majority by picking Haaland for a Cabinet position. But the president-elect decided that the barrier-breaking aspect of her nomination and her experience as vice chair of the House Committee on Natural Resources made her the right pick for the moment.

Regan was praised for his success even during challenging political circumstances. Republicans controlling North Carolina’s Legislature during the 2010s had eliminated dozens of department regulatory jobs and pushed business-friendly laws.

Regan “restored morale in the agency,” said Bill Holman, who led North Carolina's environmental department. “He renewed the mission of the agency. ... He did the missionary work of going to the General Assembly and listening to a lot of critics of environmental legislation, addressing their concerns and finding common ground.”

Holman said North Carolina has struggled with how to regulate PFAS industrial compounds, but so has every other state. Part of that has to do with a lack of national leadership on the issue, Holman said, something that he believes Regan is poised to correct by returning to Washington.

Holman said, “Regan believes in science, and I think he will put science and public health at the forefront at EPA.”

California clean-air regulator Mary Nichols, who earlier had been considered the front-runner for the EPA job in the Biden administration, had faced increasing objections from progressive groups. They said Nichols had not done enough to address the disproportionate harm low-income and minority communities face from living next to oil and gas installations, factories and freeways.