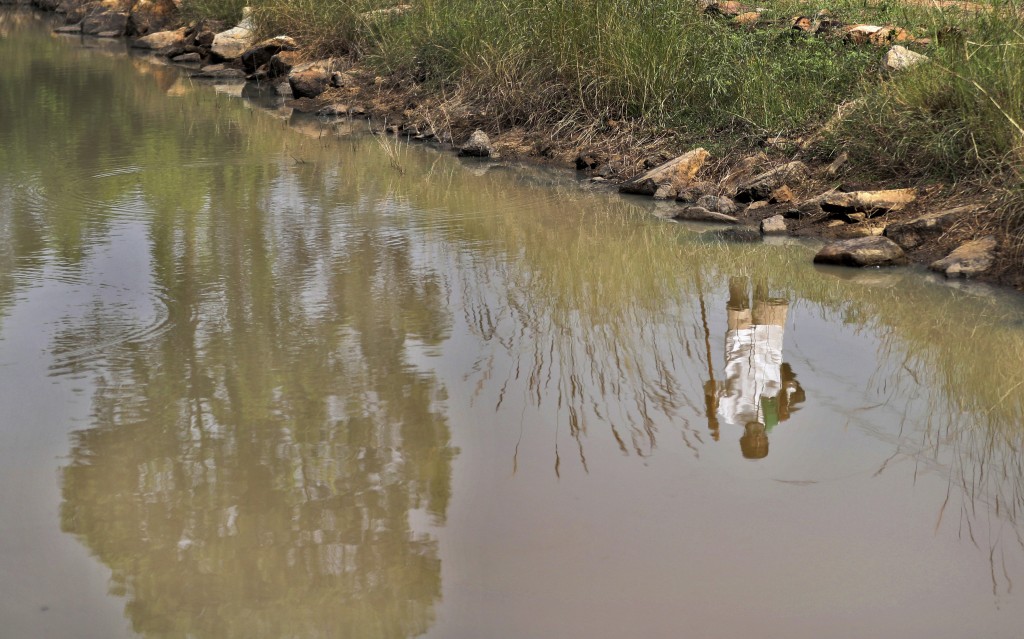 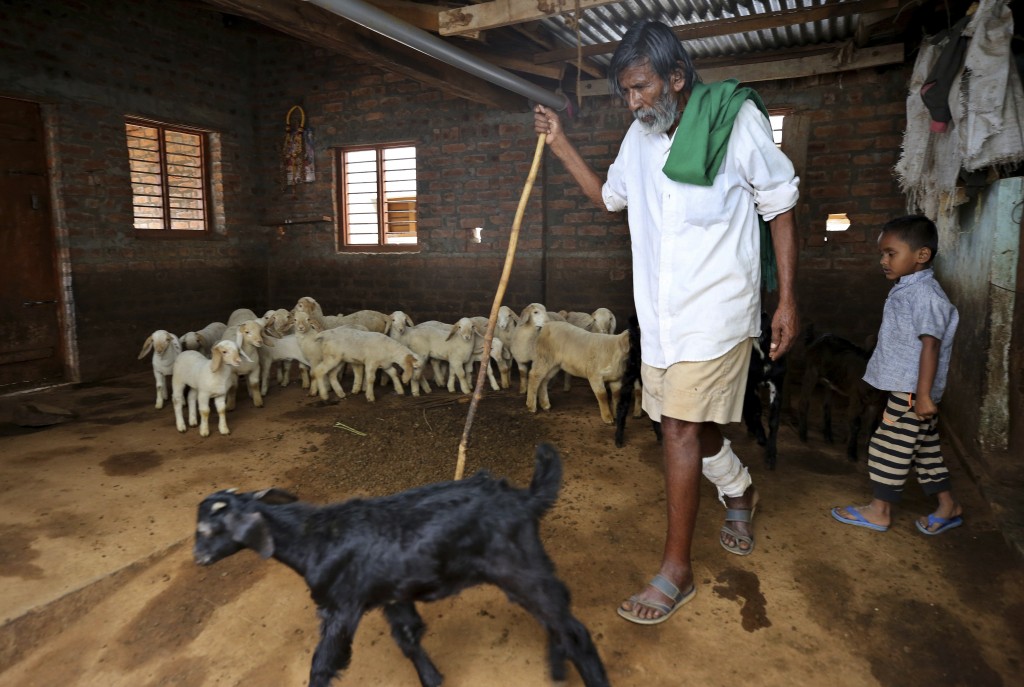 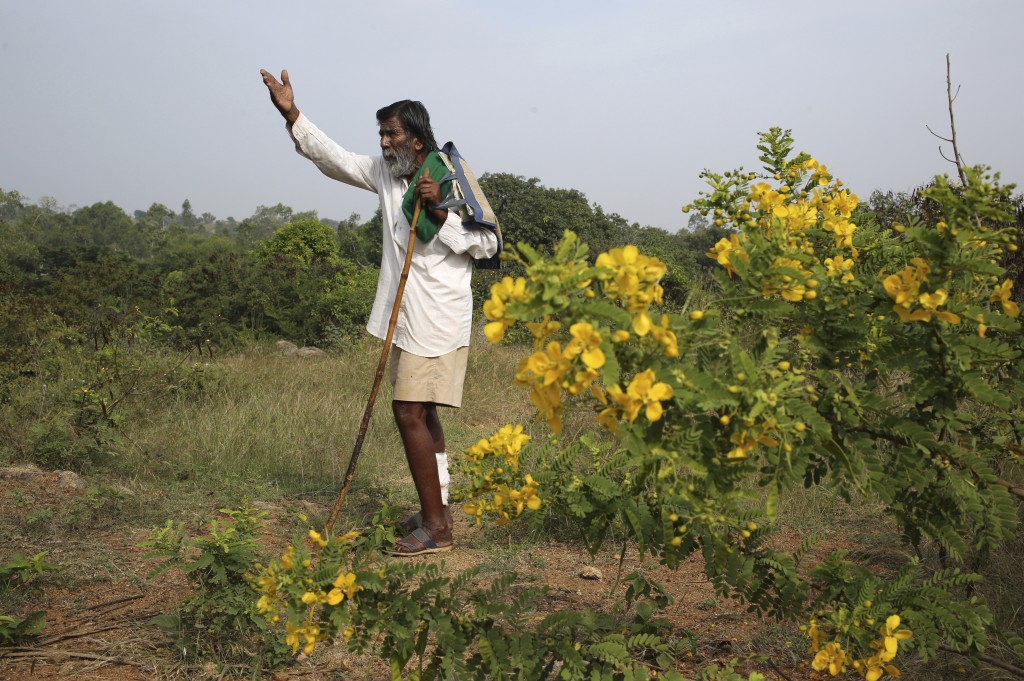 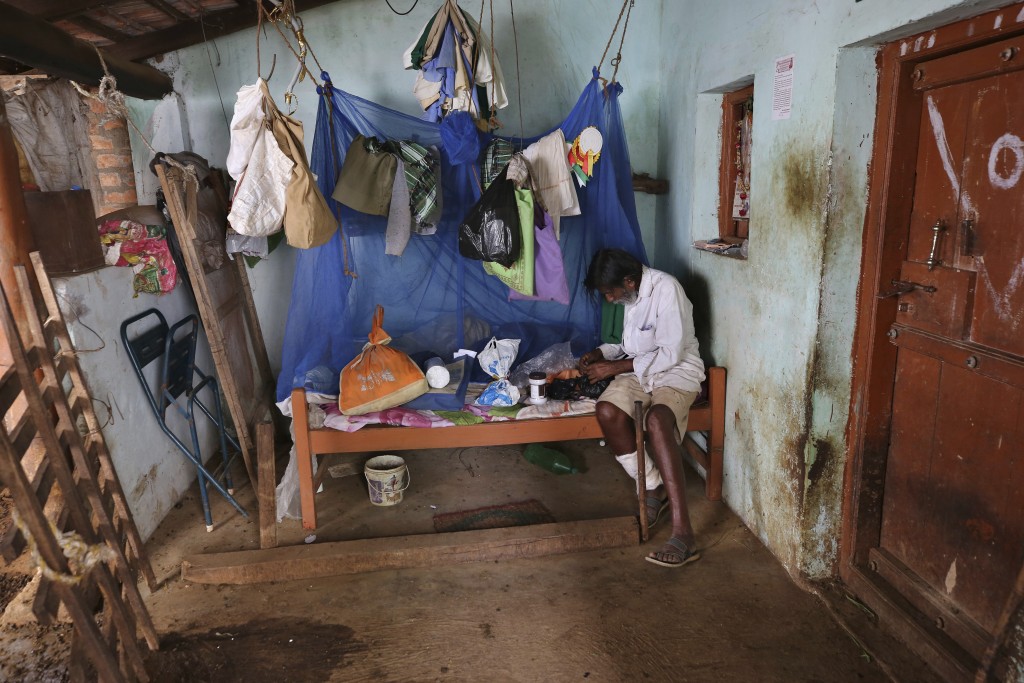 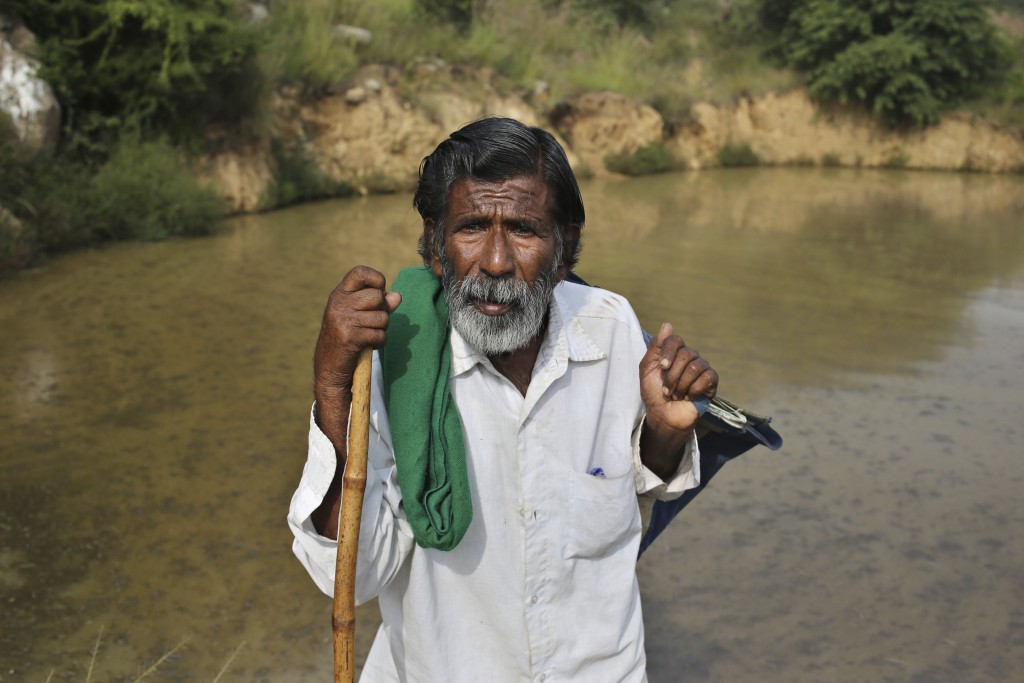 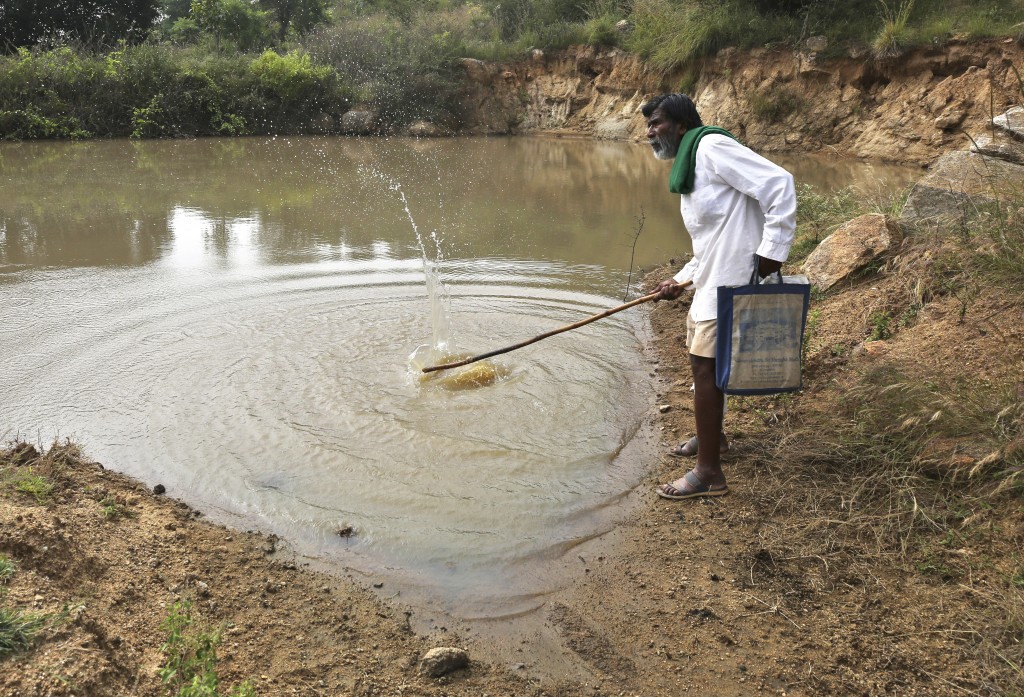 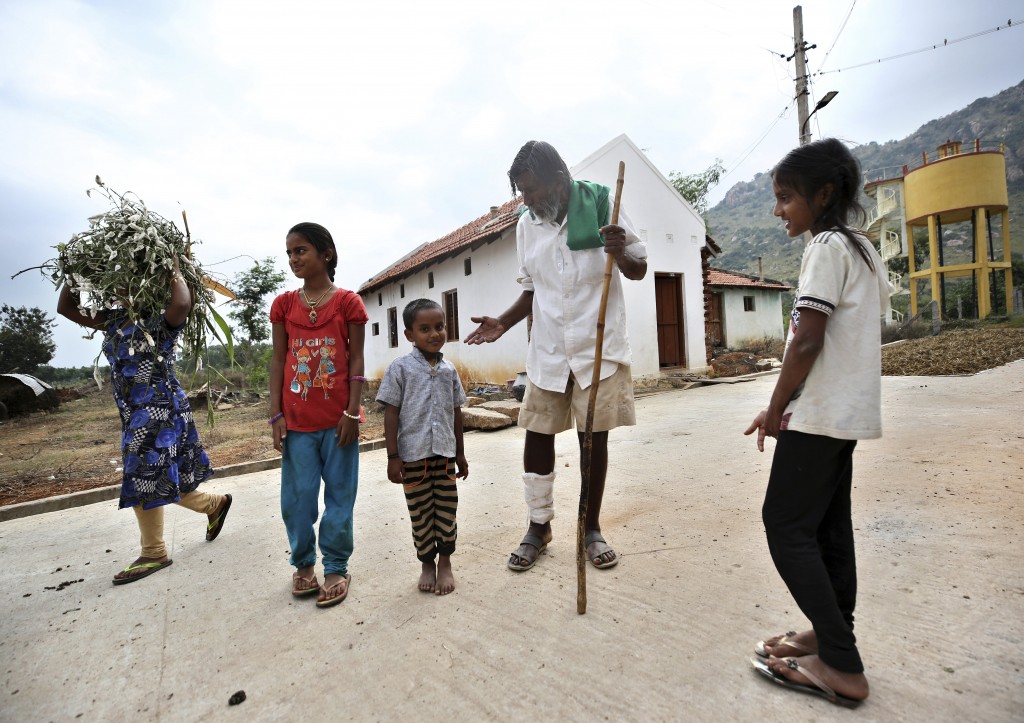 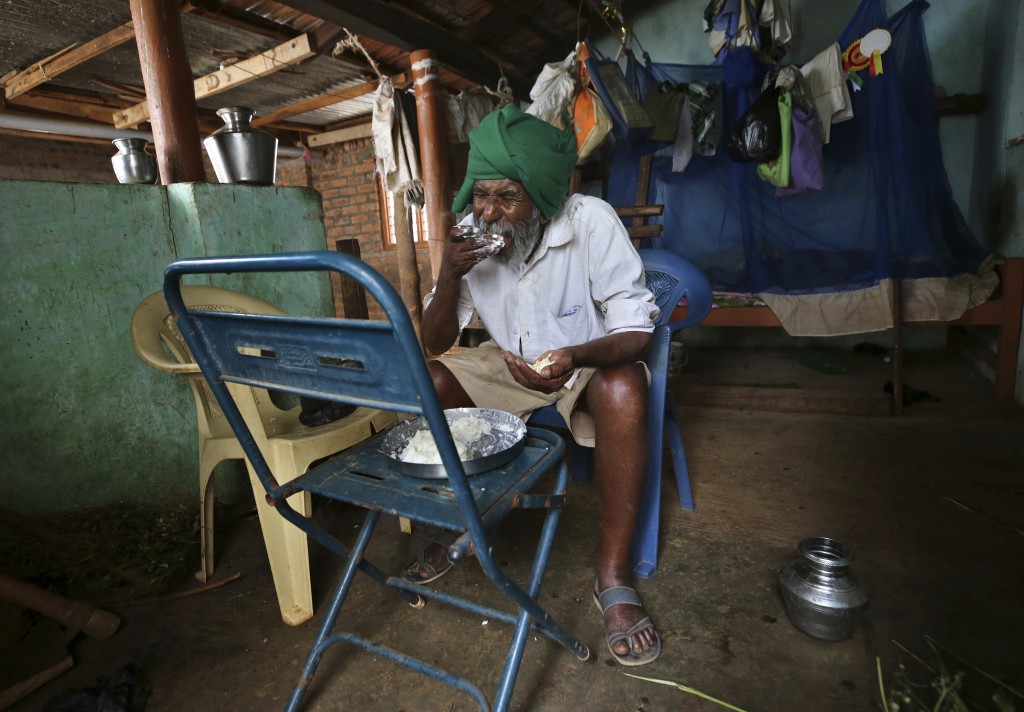 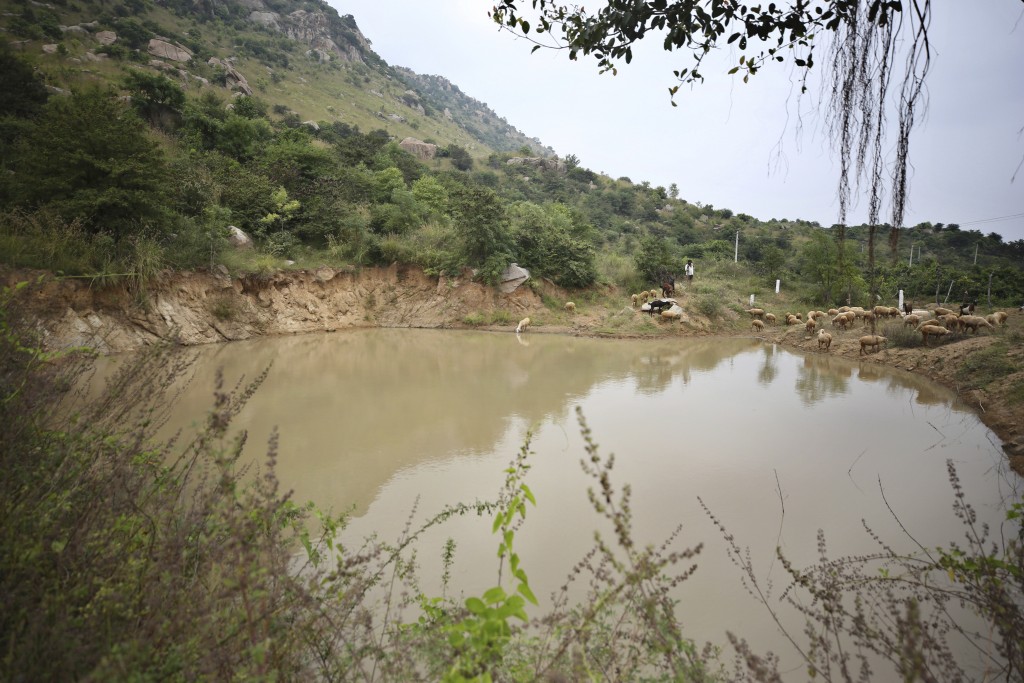 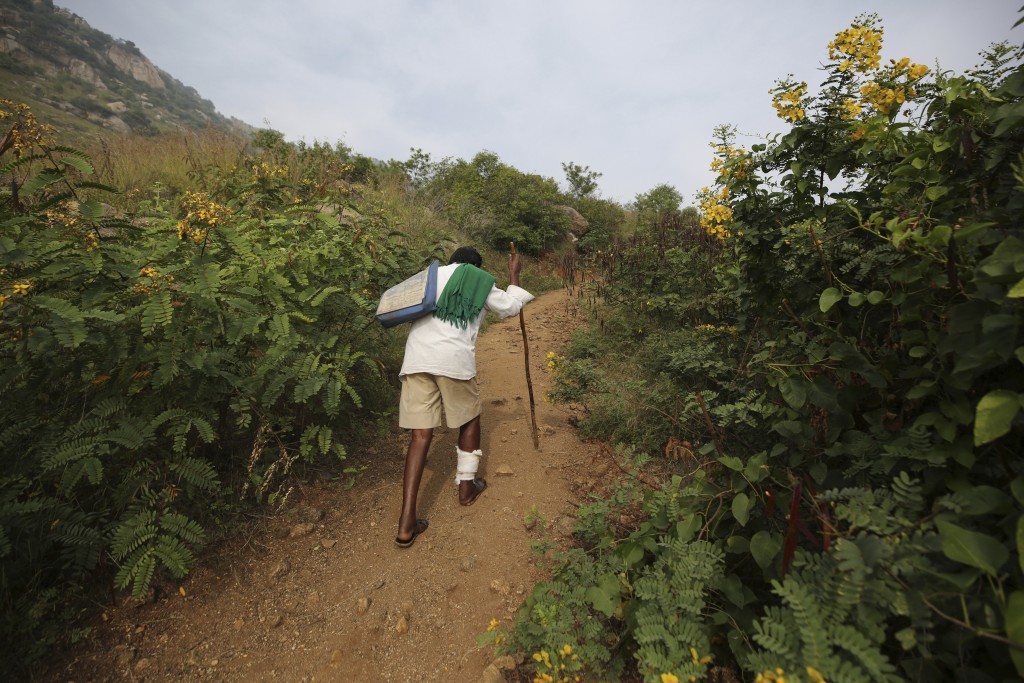 DASANADODDI, India (AP) — Kalmane Kamegowda, a 72-year-old shepherd who lives in a nondescript village in southern India, has become something of a celebrity, winning national recognition from no less than Prime Minister Narendra Modi.

Kamegowda, who never attended school, says he's spent at least $14,000 from his and his son’s earnings, mainly through selling sheep he tended over the years, to dig a chain of 16 ponds on a picturesque hill near his village, 120 kilometers (75 miles) west of Bengaluru, India’s Silicon Valley.

The ponds, constructed over the course of four decades, are meant to address the problem of water scarcity. Kamegowda — known as “Pond Man" — says they're “scientific” in nature, with the water flowing on a slope, enabling the ponds to avoid drying up even in the scorching summer months. Birds and wild animals such as bears, leopards, deer and foxes use the ponds to quench their thirst.

Kamegowda, who sports tidy black hair and a gray beard, was once dismissed as mad by other villagers. They mocked him for claiming that he had learned from his father, also a shepherd, the art of identifying ground moisture and using it to create bodies of water.

He relied mostly on shovels, spades and pickaxes to create the water bodies, and rented excavating machines when he could afford them to structure the ponds.

The Karnataka state government praised his work two years ago with a prestigious award. But the national recognition came earlier this year when Modi lauded his work on his popular radio broadcast, calling Kamegowda an “ordinary farmer” with “an extraordinary personality.”

“He has achieved a personal feat that will leave anyone awestruck,” the prime mister said, adding that Kamegowda “has dug 16 ponds, through his hard work and the sweat of his brow.”

“It is possible that the ponds he has constructed may not be very big, but then his efforts are huge,” Modi said. “Today, the entire area has got a new lease of life on account of these ponds.”

Social groups are now urging Modi to honor Kamegowda with a national award.

Kamegowda is happy to show journalists around, hobbling on a bandaged leg due to an ulcer wound that hasn’t healed for months. That restricts his regular visits to his ponds these days.

Four years ago, he saved some money for his daughter-in-law, who was expecting to give birth with a caesarean section, but she delivered a baby boy normally, leaving him with some cash on his hands.

“I spent the same money to dig another pond and named it Krishna — after my grandson,” he said.

Kamegowda, who has dozens of sheep, lives in a two-room unfinished shed next to his son’s house, and enjoys spending time with his family. He keeps all of the documents and newspaper clippings reflecting his achievements.

He has a second nickname — “Vanapalaka,” or guardian of forests, earned through his planting of trees in an area near the ponds designated by officials as a park.

“Most of the villagers are proud of me, but those who are jealous try hard to malign my image," he said. "I ask people not to pollute the ponds by washing clothes and restrict the use of water only for their livestock.”

“It's nice to see villagers bring their livestock to these ponds to drink water, but it hurts when some try to defame me,” he said.

He was referring to some villagers who, apparently jealous of the recognition he had received, submitted a petition to the local administrator, complaining that Kamegowda was treating the pond area as his personal estate even though it was government land.

However, the local administrator, Deputy Commissioner M.V. Venkatesh, said he visited the village and found that “there is a wrong perception” about Kamegowda's work. "His work is genuine," he said.

This year, the Karnataka state government allotted 5 million rupees ($67,500) for the further development of watersheds in the area.

Venkatesh noted that every rainy season, tanks built by Kamegowda become filled with water, and serve as reservoirs for birds and other forest animals during the summer.

“He is a very dedicated man, a very selfless servant for the protection of the environment and ecology. In fact, he is a role model to other people in watershed development,” Venkatesh said. “He is doing very good work.”