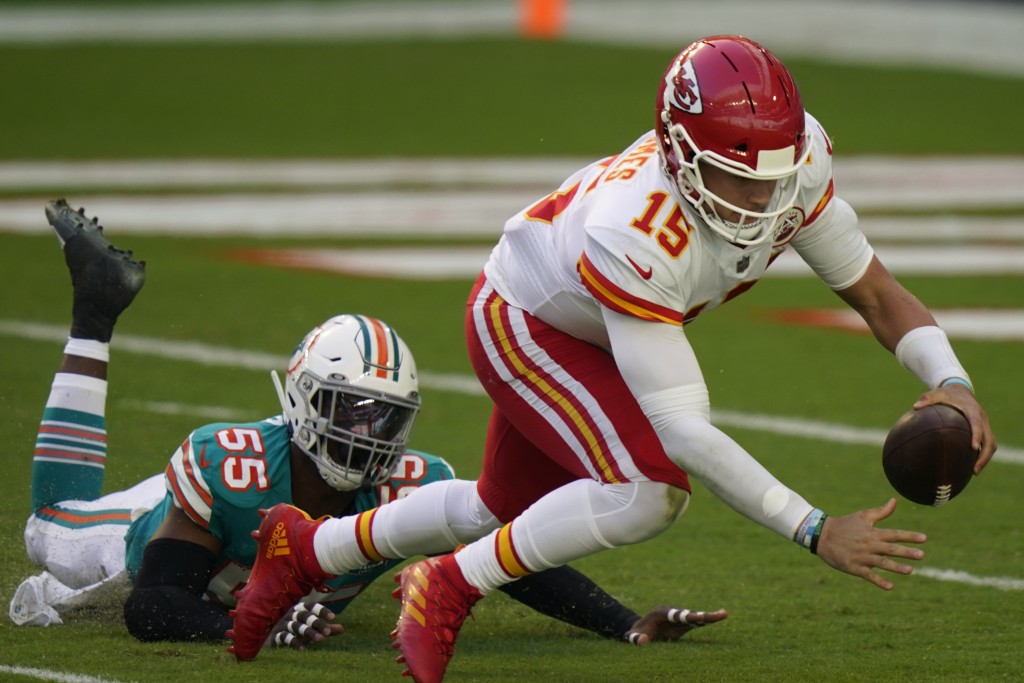 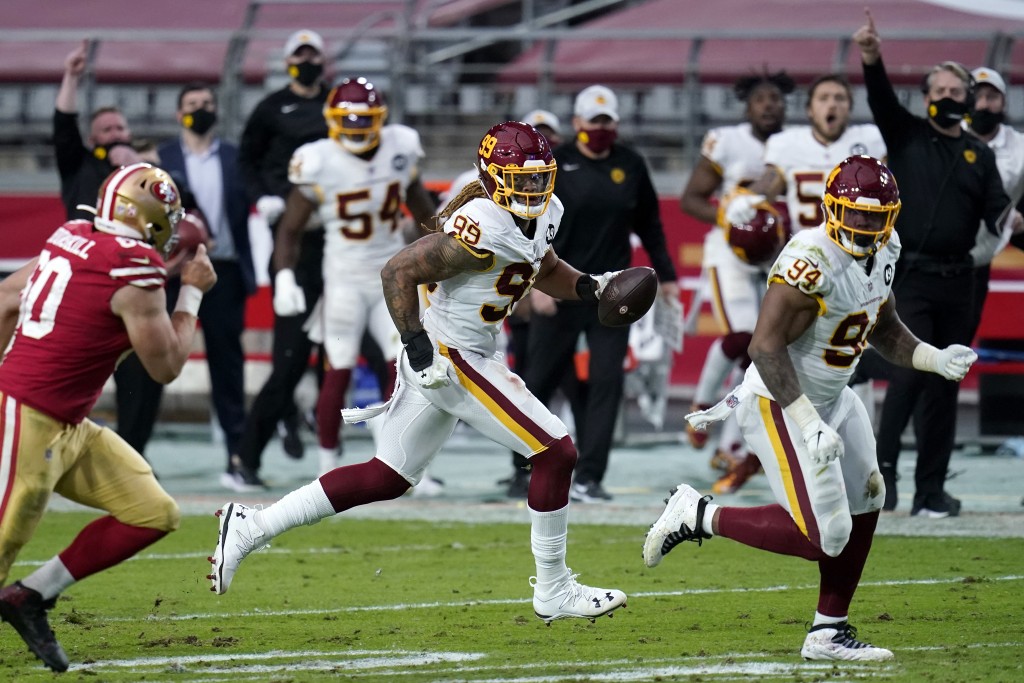 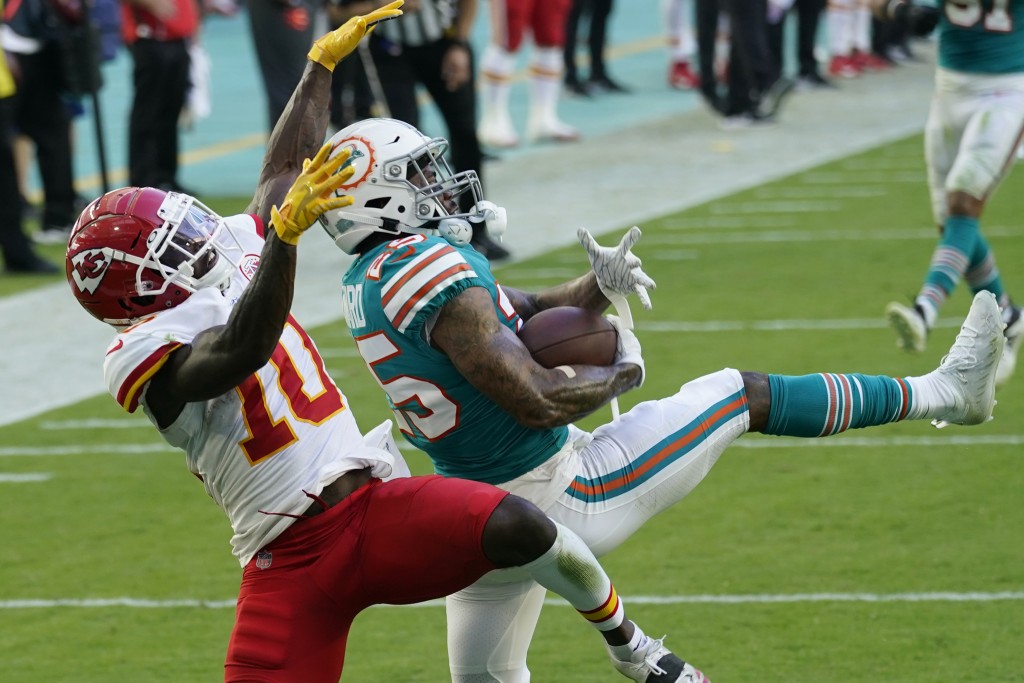 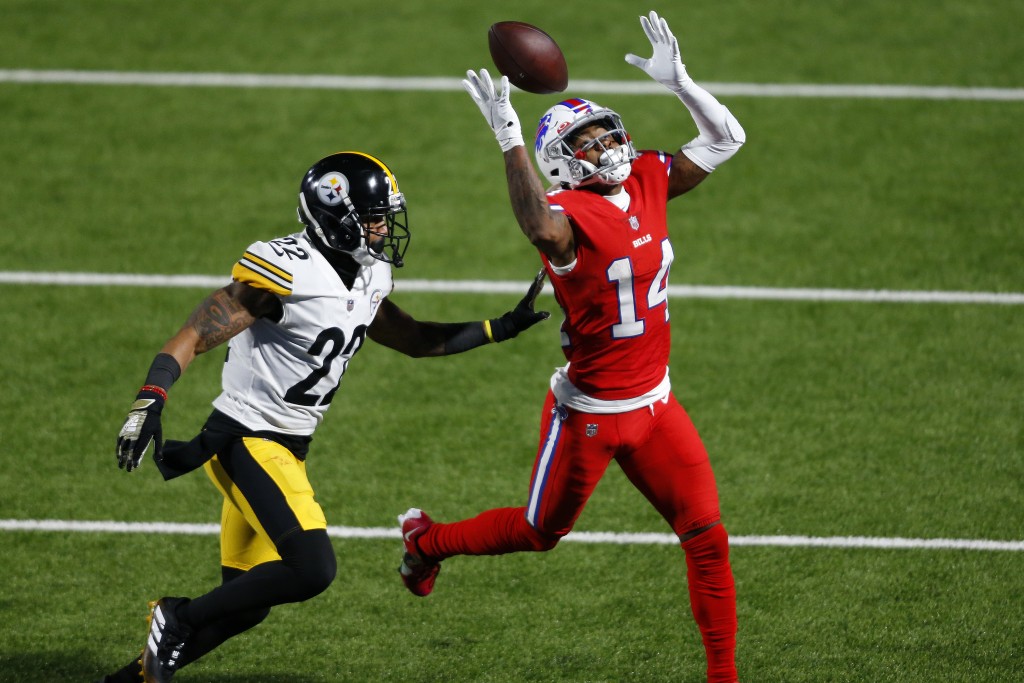 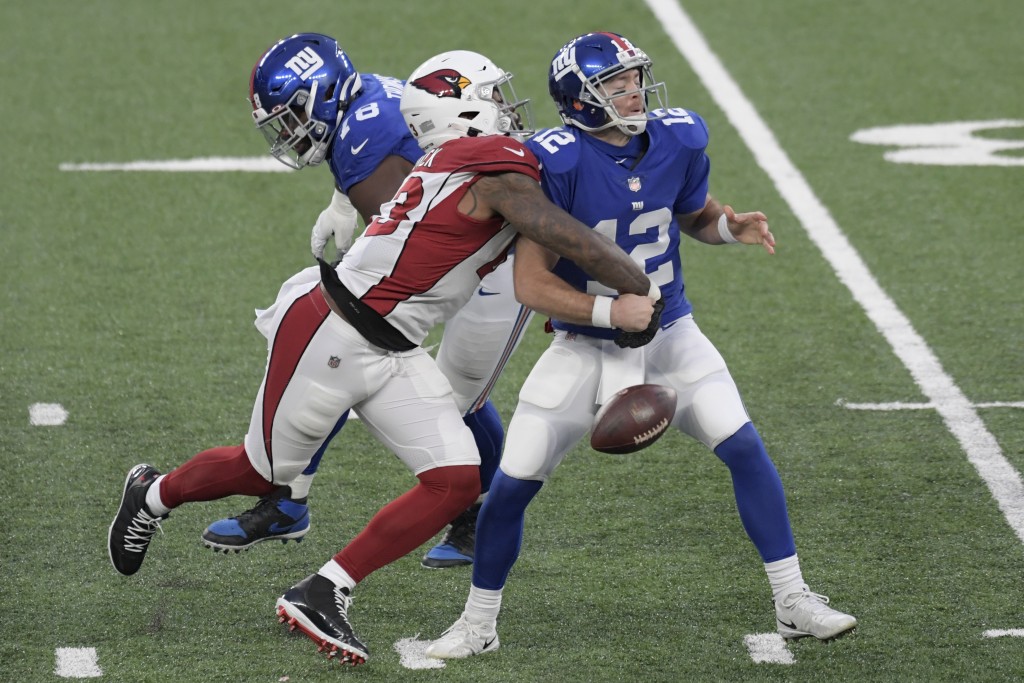 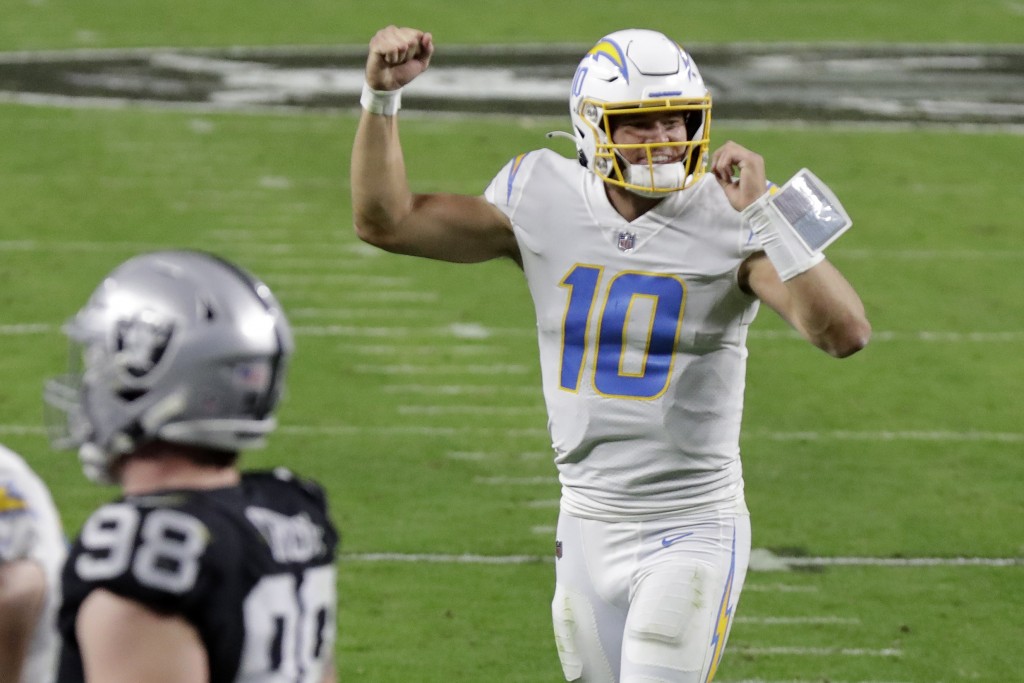 A rite of December in the NFL, along with Christmas, Hanukkah and meaningless games for the Jets, Bengals and Lions, is the release of playoff scenarios.

Those scenarios become less complicated as the league gets deeper into the month. Suffice to note that eight of the top teams can clinch something this weekend.

The real spotlight, of course, is on two of the clubs already headed to the playoffs: defending Super Bowl champion Kansas City (12-1) at New Orleans (10-3).

Kansas City owns the AFC West crown and clinches the top seed and bye in the AFC with a victory plus losses by Pittsburgh and Buffalo. With only one bye for this season's playoffs, that's huge.

New Orleans takes the NFC South with a win or a Buccaneers loss. The race for the No. 1 conference seed is tight, with the Packers one game ahead of the Saints, the Rams and Seahawks one game behind.

If Drew Brees is active after missing four games with fractured ribs and a collapsed lung, it would make for an intriguing matchup with Patrick Mahomes.

Hill is tied for the NFL lead in touchdowns receiving with 14. Thomas, who has had a rough season after winning the 2019 Offensive Player of the Year award, is coming on following several injuries. He has two games in which he eclipsed 100 yards receiving in the past four — with Taysom Hill at quarterback.

The action began Thursday night with some extra football. Rookie Justin Herbert completed a 53-yard pass to Jalen Guyton that set up Herbert's touchdown sneak from inside the 1 as the Los Angeles Chargers won at Las Vegas 30-27. The Chargers (5-9) had lost nine in a row within the AFC West.

Las Vegas (7-7) had kicked a field goal on the only other possession of the overtime.

The Bills can clinch their first AFC East title since 1995 with a win. Their previous 11-win season was in 1999.

Buffalo receiver Stefon Diggs could go off in this afternoon match. Diggs has 100 catches for 1,167 yards. He’ll be facing a depleted Denver secondary that’s lost five cornerbacks in the past two weeks: A.J. Bouye to a PED suspension; Bryce Callahan to a foot injury; and Kevin Tolliver II, Essang Bassey and Duke Dawson to ACL tears. That leaves CBs De’Vante Bausby and rookie Michael Ojemudia along with nickel back Will Parks to attempt to limit the dynamic Diggs.

The Panthers have lost seven of their past eight games, but they have a productive rookie in safety Jeremy Chinn. He leads all rookies with 91 tackles and has two fumble returns for touchdowns, a sack and forced fumble in the past two games.

Carolina will need all of that and more against the Packers, who have clinched the NFC North and share the NFC’s best record with New Orleans. The Packers own a tiebreaker for beating the Saints on Sept. 27.

The Seahawks will clinch a playoff spot for the eighth time in nine seasons with a victory or tie. What happens inside the 20-yard line could be telling: Seattle’s red-zone offense is second best in the league at 74.5% success rate, and Washington's red-zone defense is tied for second best at 50%.

Each team has a dangerous defender who can swing matters, too. Seahawks safety Jamal Adams has 8 1-2 sacks, the most in a season by a defensive back since sacks became an official stat in 1982. Washington end Chase Young, the No. 2 overall pick in the draft, leads rookies with 5 1-2 sacks. Last week against San Francisco, he had a sack, a forced fumble and a 47-yard fumble return for a TD.

One of Miami's strengths is takeaways. The Dolphins’ streak of at least one forced turnover in 19 consecutive games is the longest in the NFL. Miami is tied for the NFL lead with 25 takeaways, and tied for second in turnover differential at plus-10. Xavien Howard’s nine interceptions are the most in a season in the NFL since Chicago’s Tim Jennings had nine in 2012. Patriots cornerback J.C. Jackson is second in interceptions with seven.

A great matchup for Brady as the Bucs seek to snap a 13-year playoff drought, the second-longest string in the NFL behind Cleveland. They need a victory and an unlikely tie between Minnesota and Chicago. Brady is 6-0 and has thrown for 1,908 yards and 13 touchdowns with only two interceptions in six career starts against the Falcons, all with New England. That includes the 466-yard passing performance in the Super Bowl comeback four seasons ago.

With standout receiver Julio Jones unable to stay healthy, Atlanta's Calvin Ridley has stepped up. He had eight catches for 124 yards and a touchdown last week. His six 100-yard games are tied for the NFL lead.

“It’s always tough when you’re missing a great player, there’s no question about that,” QB Matt Ryan says of Jones. “When he’s out there, he’s a difference-maker for us."

Tennessee clinches a playoff berth with a victory and Baltimore loss, or by winning and the Dolphins losing and the Browns winning.

Derrick Henry, who Hall of Famer running back LaDainian Tomlinson has compared to Jim Brown, ran for a season-high 215 yards and scored two TDs against Jacksonville. He's the first player with four career games with at least 200 yards rushing and two or more TD runs.

Detroit has lost five straight to Tennessee and CB Jeff Okudah, the No. 3 overall pick in the draft, had season-ending surgery to repair a groin injury.

Look for a ground emphasis here.

The Ravens have run for at least 100 yards in 36 straight games, seven short of the NFL record set by Pittsburgh from 1974-77. Baltimore is averaging 173.8 yards on the ground and topped 200 yards in each of the past two games. QB Lamar Jackson leads the NFL with a 6.3 yards per carry average and ranks 10th in the league with 793 yards rushing.

In Jacksonville's awful season, including defeats in the past 12 games, James Robinson is the fourth undrafted rookie in NFL history to reach 1,000 yards rushing. He leads all rookies this season in scrimmage yards (1,361), rushing yards (1,035), rushing attempts (224), first downs (65) and rushing TDs (seven).

Philip Rivers keeps reaching milestones. He has 417 career touchdown passes and needs three to tie Dan Marino for fifth. Rivers also would be making his 238th career start, tying Tony Gonzalez for No. 8 on the league’s all-time list.

While the Colts are right in the postseason mix, the Texans are one of the NFL's biggest flops. Last week's 36-7 against Chicago's inept offense was particularly embarrassing.

Did somebody say mismatch? Invoke the mercy rule?

The NFL’s best defense — that would be the Rams — faces the NFL’s worst offense. The Rams are also tops in the league in passing defense, and the Jets are last in passing offense, a major reason they appear headed to the third 0-16 season in NFL history.

Adding extra incentive for the hosts: Los Angeles clinches a playoff berth with a victory.

The only saving grace for this prime-time affair is that the Steelers can secure the AFC North title if Cleveland loses or Pittsburgh wins. Pittsburgh has dominated the series, winning 11 straight and 14 of the past 15. The Steelers are riding a string of 70 games with at least one sack, an NFL record.

Probably the only reason to have this matchup on a Monday night in December was the presence of Bengals QB Joe Burrow. Sorry, he'll be absent with a torn-up knee.

The Browns are 3-0 against NFC East teams this season and are 9-4 for the first time since 1994. With one more win, the Browns will match their highest victory total since their 1999 expansion rebirth. They went 10-6 in 2007. They also have scored more than 40 points in successive games for the first time since 1968, but Cleveland has allowed 82 points in the past two games.

Giants quarterback Daniel Jones was limited by a hamstring issue last week and now is battling ankle problems. Another loss for New York could doom any postseason hopes, even in that weak division.

Hurts won his first career start last week, replacing Carson Wentz and leading an upset over New Orleans. He needs to watch out for Haason Reddick. The Cardinals had eight sacks in their win over the Giants last weekend and Reddick set a franchise record with five sacks. Philly has yielded 53 sacks, but Hurts wasn't trapped by the Saints.

Murray has led the Cardinals to a 3-0 record against the NFC East, too, winning those games by a combined 94-32.

On the original NFL schedule, this was the Sunday night game. It shows how far these teams have fallen that the league flexed it to the afternoon. America's Team?

With one more loss, San Francisco will become the second team in the past 13 seasons to finish with a losing record the season after losing the Super Bowl. Carolina went 6-10 in 2016.

The Cowboys have allowed a league-high 400 points (30.8 per game), 36 shy of the franchise record from 10 years ago. The seven points allowed against Cincinnati last week were the fewest since a 31-6 win over Miami in Week 3 last season.

Yes, both teams are alive in the playoff race? Not sure either one deserves that.

The Bears and Vikings are tied for eighth place in the NFC, one game behind Arizona for the last wild-card spot. Chicago has won its past two games at Minnesota. The previous time the Bears had three straight road victories against the Vikings was 1983-85.