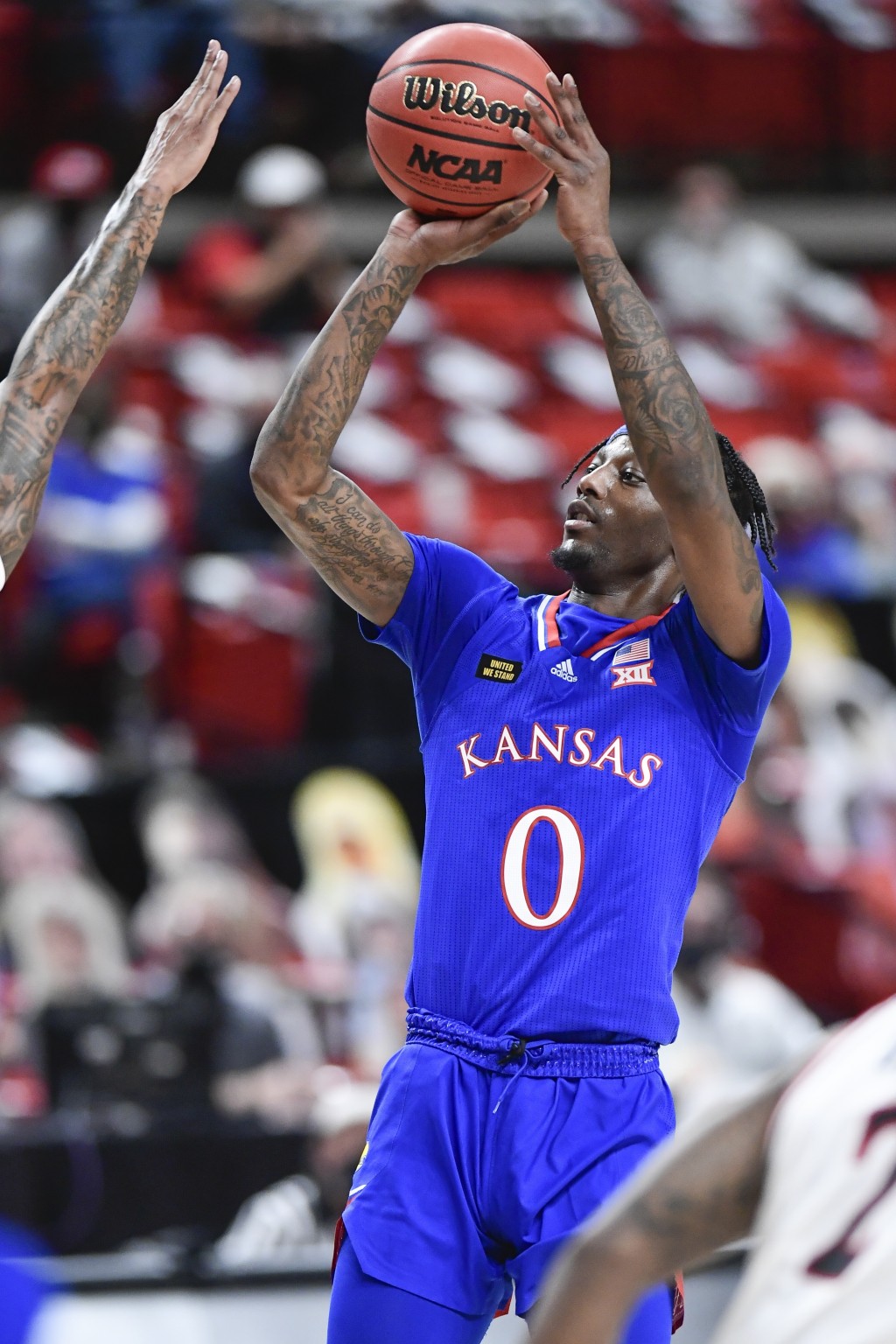 LUBBOCK, Texas (AP) — Ochai Agbaji made the go-ahead layup with 13 seconds left and finished with 23 points as No. 5 Kansas beat No. 14 Texas Tech 58-57 on Thursday night, giving the Jayhawks a win in their conference opener for the 30th season in a row.

Agbaji made four 3-pointers but got the game-winning points for the Jayhawks (7-1, 1-0 Big 12) when he worked inside and took an inbound pass from Marcus Garrett.

Texas Tech (6-2, 0-1) had one more opportunity, with coach Chris Beard calling a timeout with 6.2 seconds left to set up a final play. But Terrence Shannon Jr., who had 20 points and nine rebounds for the Red Raiders, had his mid-range jumper blocked by Jalen Wilson to end the game.

Garrett had 10 points, 10 rebounds and four assists for Kansas, which has never lost a Big 12 opener, and last lost a conference opener during the 1990-91 season in the old Big Eight Conference. The Jayhawks have won 18 of those 30 openers on the road. Christian Braun also had 10 rebounds.

Mac McClung led Texas Tech with a season-high 21 points, the third 20-point game this season for the transfer from Georgetown.

Shannon finished with four 3-pointers, doubling his previous season total. His last from long range with 34 seconds left put the Red Raiders up 57-56, and their only shot after that was the one blocked at the end of the game.

Kansas has won seven in a row since opening the season with a 102-90 loss against No. 1 Gonzaga. The Jayhawks were held to a season-low 58 points while shooting 40.4% from the field against the Big 12's top scoring defense — Tech had allowed only 51.2 points a game — and never had a run of more than seven points in a row.

Texas Tech had a 12-0 lead early in the second half, turning an eight-point deficit into a 46-39 edge on a jumper by freshman Micah Peavy midway through the second half. The Jayhawks then got even with seven points in a row in less than a minute, getting even at 46 on another Agbaji 3 with 8:18 left.

Kansas: It was the first true road game for the Jayhawks, who won earlier this season over No. 20 Kentucky on a neutral floor and beat No. 8 Creighton at Allen Fieldhouse. Kansas last season became the first Big 12 team to go 9-0 in conference road games, and its current 10-game streak is the second-longest in league history.

Texas Tech: The Red Raiders had only seven turnovers and forced 16 Kansas turnovers, and had 16 second-chance points off 13 offensive rebounds. Those kind of numbers would usually help lead to a win, but the Red Raiders were undone by their own shooting struggles — 32% (20 of 62) from the field.

Kansas is at home to play No. 8 West Virginia on Tuesday night.