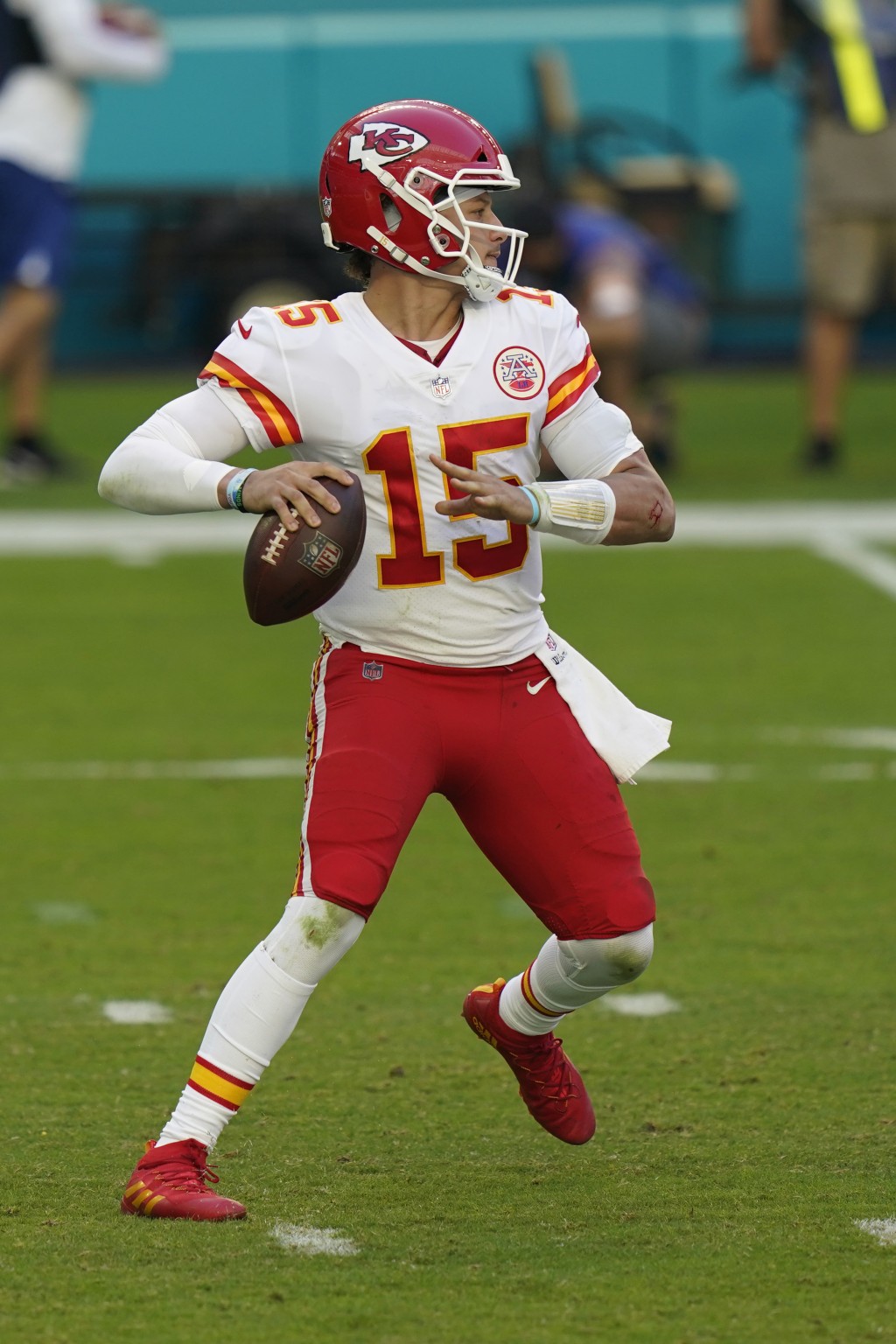 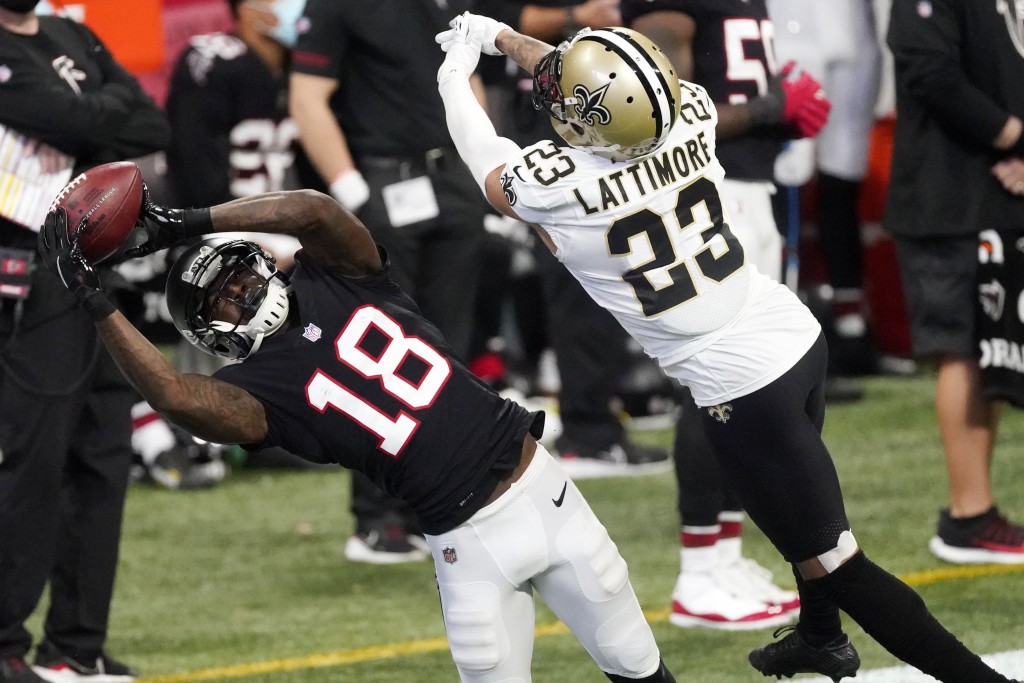 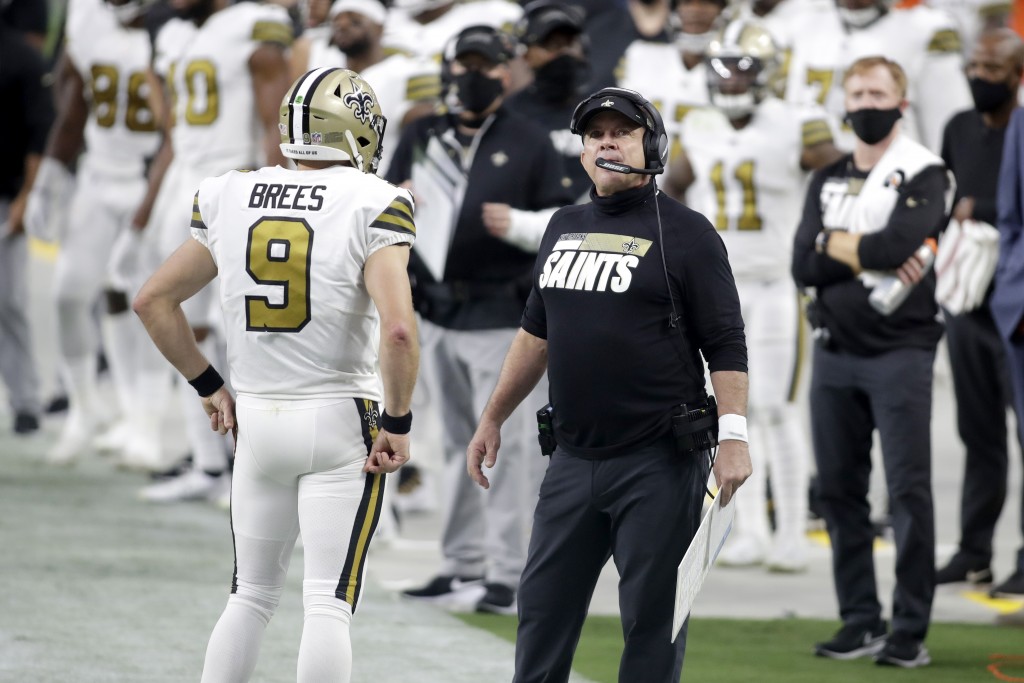 But the Saints were slated to pick 11th overall and Kansas City traded up to snag Mahomes at pick No. 10.

Record-setting quarterback Drew Brees was 38 years old then, but had no intention of retiring. And as it turned out, the Saints wound up with one of the greatest drafts in franchise history that year anyway.

It began with the 2017 Defensive Rookie of the Year, cornerback Marshon Lattimore, who’ll get his first chance to see how he fares against Mahomes and Co. on Sunday when the Saints (10-3) host the defending NFL champion Chiefs (12-1) in a potential Super Bowl preview.

“Everything worked out for the best,” Lattimore said. “He’s over there doing his thing. I’m over here doing my thing. So, everybody won.

“And yeah, I’m excited to play him because he’s one of the great up-and-coming quarterbacks,” Lattimore continued. “So you know our game is going to be way up, and you know we’re going to be ready for him.”

With help from playmakers such as receiver Tyreek Hill and tight end Travis Kelce, Mahomes leads the NFL in yards passing with 4,208 and has his team in pole position to defend its Super Bowl title.

“To be that young and to be as talented as he is is rare,” Chiefs coach Andy Reid said of Mahomes. “For him to have excelled the way he has is a real tribute to the kid and the genes that his parents gave him, too, is part of it — and how hard he works.”

The Chiefs have the best record in the AFC. But ensuring that it stays that way another week requires a victory against a contending Saints squad looking to bounce back from a stunning loss in Philadelphia. The Saints can win the NFC South for a fourth straight season with a victory (or a Tampa Bay loss).

“It’s going to be a great battle,” Lattimore said. “I feel like we’re stacked, just like they’re stacked. So, we’re going to go out there and play and the best man wins.”

The Saints added intrigue to their quarterback situation this week by designating Brees eligible to return from injured reserve. Brees has missed four games since a sack against San Francisco left him with multiple rib fractures and a punctured lung.

The Chiefs have been forced to prepare for both QBs.

“No question they’re different,” said Chiefs defensive coordinator Steve Spagnuolo, who in 2012 held the same position in New Orleans. “You’re talking about a future Hall of Famer (in Brees) and a guy (in Hill) that’s playing really good football that gives us the added threat of running the ball.

“We need to defend the scheme,” Spagnuolo continued. “They do really well with whoever they put back there. There’s a lot of other weapons there besides the guy that gets the ball on the snap.”

Payton has said Mahomes and Lattimore were the two prospects left under consideration for New Orleans at No. 11 in the 2017 draft when the Chiefs traded up and made the decision easy.

Mahomes recalled having a good workout for the Saints, “but I didn’t sense they were going to pick me with Drew still there. ... They got a great player with Marshon, so I’m sure they’re still happy with that.”

Not to mention the rest of that draft class.

The Saints picked current starting right tackle Ryan Ramczyk later in the first round and current starting safety Marcus Williams in the second. They traded up to take 2017 Offensive Rookie of the Year Alvin Kamara in the third round — the same round they also drafted defensive end Trey Hendrickson, who this season has blossomed into one of the NFL’s sack leaders.

Chiefs tight end Travis Kelce has a chance to obliterate records during the last three regular-season games. He needs 128 yards receiving to break George Kittle’s record (1,377) for a tight end, and could become the first tight end in league history to lead the NFL in yards receiving. His 26th game of 100 yards or more would match Tony Gonzalez for the most in Chiefs history. He needs 10 catches to become the first tight end in NFL history with multiple 100-catch seasons.

“If you look at history, look at the seasons tight ends have had, he’s had one of the best,” Mahomes said. “Then you watch the way he blocks for teammates, it’s truly been a special season.”

Chiefs running back Clyde Edwards-Helaire is a Louisiana native who's preparing to play in the Superdome for the second time in less than a year. Last January, he helped LSU beat Clemson for the national title — and the Saints’ brass was watching.

“He was someone that we really liked,” Payton said. “I love how he’s built. You feel a sturdiness."

Edwards-Helaire leads the Chiefs with 724 yards and four TDs rushing to go with 293 yards and a score receiving.

“He just does so many things well,” Payton said. “That was a great pick.”