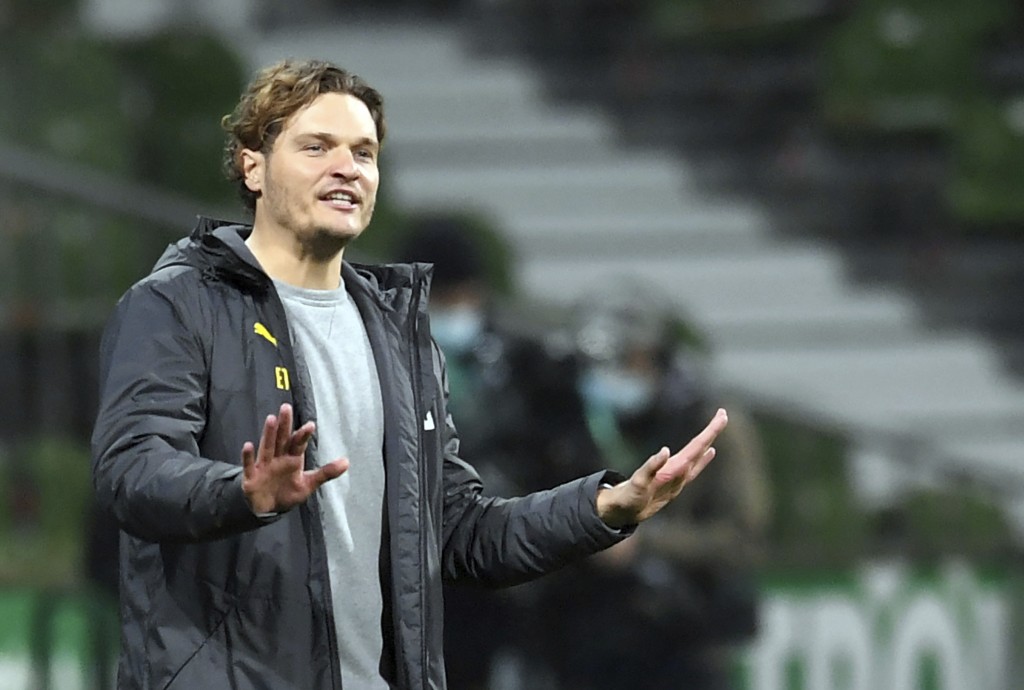 A look at what’s happening around European soccer on Friday:

Can new Borussia Dortmund coach Edin Terzic pass a test that Bayern Munich failed? That's the question as Dortmund visits Union Berlin, which ground out a 1-1 draw with Bayern last week, allowing Bayer Leverkusen to overtake Bayern for the top spot in the Bundesliga. Terzic's first game in interim charge after the firing of Lucien Favre was a 2-1 win over Werder Bremen on Tuesday. It was Dortmund's first league win since Nov. 21, but hardly a convincing victory. Terzic has the same problems that Favre faced — keeping Dortmund's sometimes-shaky defense on track and scoring enough goals while star striker Erling Haaland is injured.

Athletic Bilbao hosts Huesca needing a win with coach Gaizka Garitano under pressure after four rounds without a victory. Bilbao put in a good performance on Tuesday when it came close to snatching a draw at Real Madrid despite playing with 10 men most of the match after Raúl García was sent off early. The game, however, ended with a 3-1 victory for the defending champions. Garitano has received the public backing of Bilbao’s club president. Bilbao will be missing García and defender Yeray Álvarez who are both suspended. Huesca won its first match of the season last round. Bilbao is in 13th place. Huesca is in 19th.