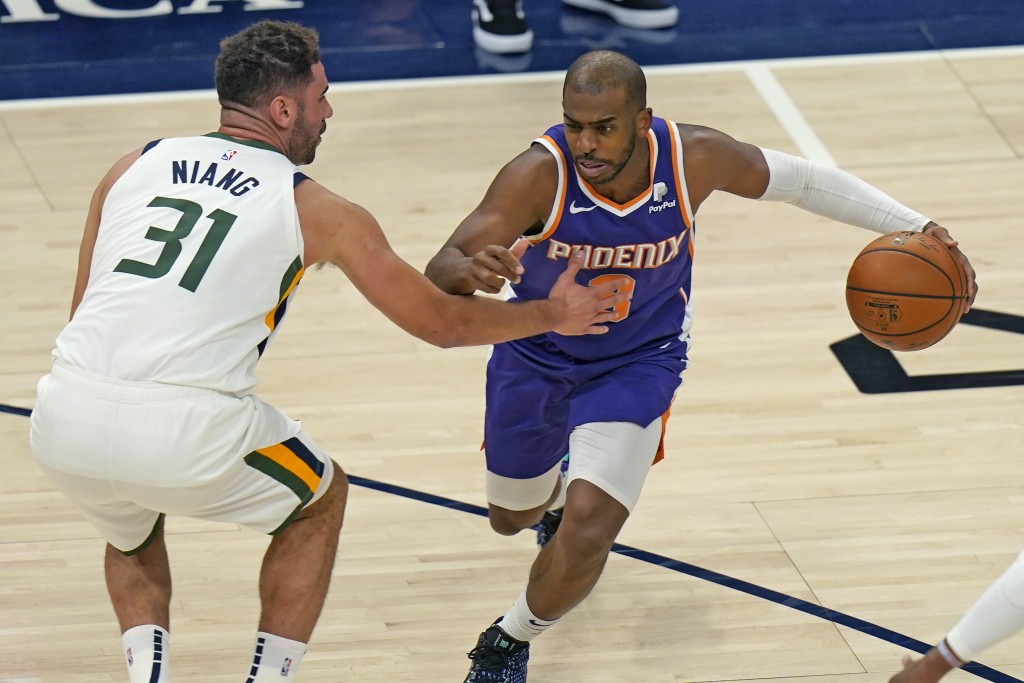 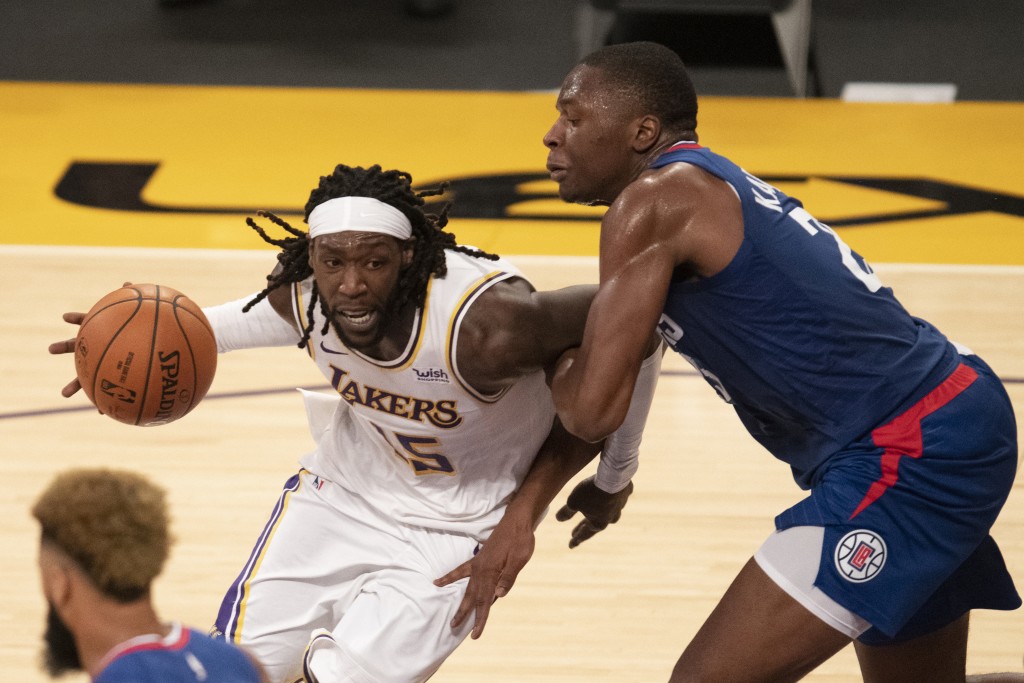 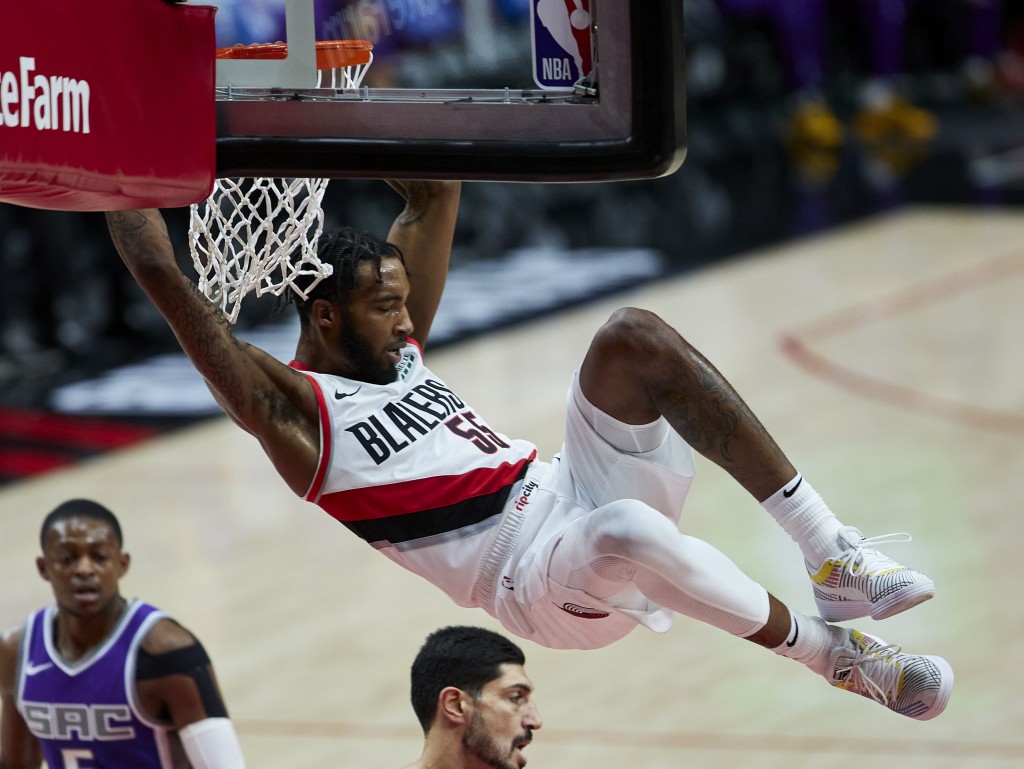 The Phoenix Suns haven't been to the NBA playoffs in more than a decade, back when players like Amar'e Stoudemire, Steve Nash and Grant Hill were running up and down the court in Arizona.

in an effort to break out of its constant state of mediocrity, the franchise made some of the boldest around the league moves during the NBA's coronavirus-condensed offseason.

The Suns traded for 10-time All-Star point guard Chris Paul in November, a move that started a flurry of offseason deals as Phoenix worked to build around its young core of guard Devin Booker and forward Deandre Ayton.

While all teams are looking to get better, a few standout: including the Los Angeles Lakers, Atlanta Hawks, Portland Trail Blazers, Milwaukee Bucks and Philadelphia 76ers.

In Phoenix, Booker has been a beacon of light during the Suns recent playoff drought.

He has toiled through five straight losing seasons in the desert since being drafted 13th overall in 2015 out of Kentucky. He made his first All-Star game last season is thrilled with the offseason additions.

But Booker knows a lot of moves look good on paper and a lot of hard work is ahead.

“You've got to build and nurture and grow,” Booker said. “We've taken tremendous steps. And with the players we added, we've got a deep team with a lot of IQ and guys who know how to play the game. I think everyone in this locker room is locked in.”

The Suns didn't stop with Paul. Soon after his arrival, Phoenix signed a handful of veterans including, forward Jae Crowder and guards Langston Galloway and E'Twaun Moore.

The 35-year-old Paul is reunited with coach Monty Williams, who is in his second season with the Suns. Williams coached Paul In New Orleans during the 2010-11 season and the two have stayed in touch.

Paul said he loves the way Williams builds teams and the Suns match his personality.

“We've got a lot of pros,” Paul said. "Anybody who plays in the league, or is around the league knows what I mean when I say that. Guys come in and prepare, they work. When we have shootarounds and practice, it's hard to get guys out of the gym.

A look at a few other NBA teams that made some of the biggest offseason moves:

LeBron James and Anthony Davis have a few new teammates as they try to repeat as NBA champions.

The Lakers added guard Dennis Schröder in a trade and bulked up the frontcourt by signing Montrezl Harrell, the NBA’s reigning sixth man of the year, and three-time All-Star Marc Gasol. Schroder averaged nearly 19 points per game last season for the Thunder and is still just 27 years old.

Harrell averaged a career-high 18.6 points and 7.1 rebounds for the Clippers last season. The 6-foot-11 Gasol is nearly 36 years old, but has been a key factor on the Raptors the past two years, including during their championship run in 2019.

The Hawks have had three straight losing seasons but made offseason moves to build around their young core of Trae Young and John Collins.

Star guard Damian Lillard wanted a little more help to compete in the Western Conference and got it.

The Blazers added two potential starters in the offseason with Robert Covington and Derrick Jones Jr. They also signed Enes Kanter, who can be a prolific offensive force in the paint.

The new additions will join holdovers CJ McCollum, Jusuf Nurkic, Rodney Hood and Carmelo Anthony. Lillard, a five-time All-Star, is in his prime and averaged a career-high 30 points per game last season.

The Bucks hope the addition of veteran point guard Jrue Holiday, along with a revamped bench, can help the franchise take the next step to becoming NBA champions.

Holiday has averaged more than 19 points per game for the Pelicans over the past three seasons. The Bucks also have a large group of new reserves, adding forwards Bobby Portis and Torrey Craig, along with guards D.J. Augustin and Bryn Forbes.

The 76ers overhauled the supporting cast for are still built around the duo of Ben Simmons and Joel Embiid in push to go further in the playoffs.

Philadelphia made it a priority to get more shooting, adding Seth Curry, Danny Green and first-round draft pick Tyrese Maxey.

The 76ers also added veteran Dwight Howard to back up Embiid. Howard did well in a similar role with the NBA champion Lakers last season, averaging 7.5 points and 7.3 rebounds in about 19 minutes per game.