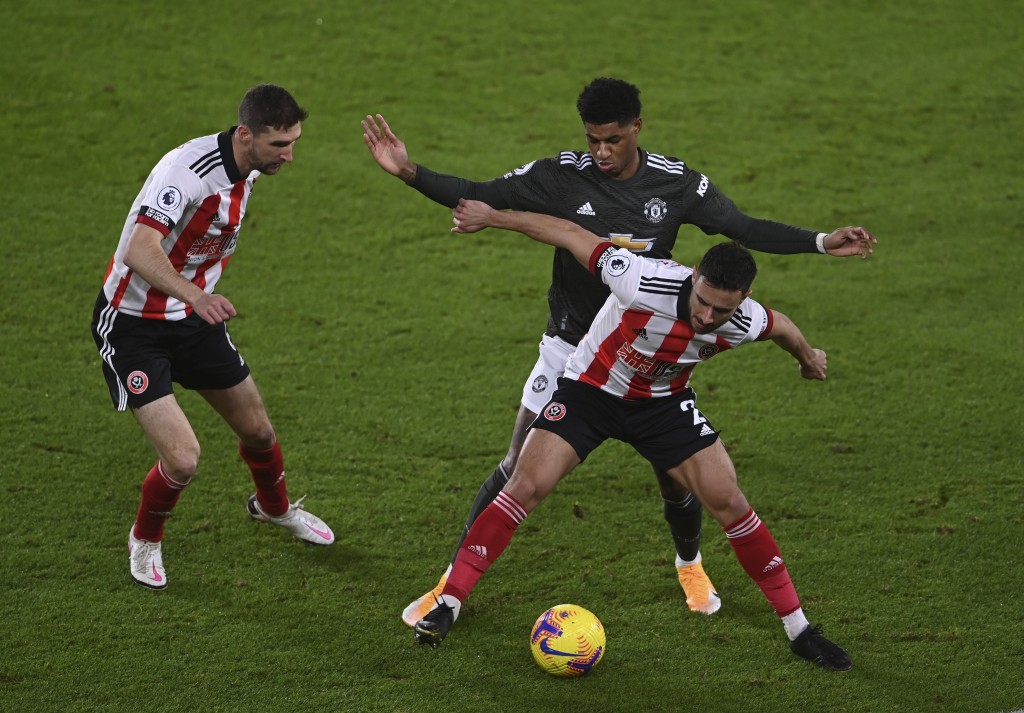 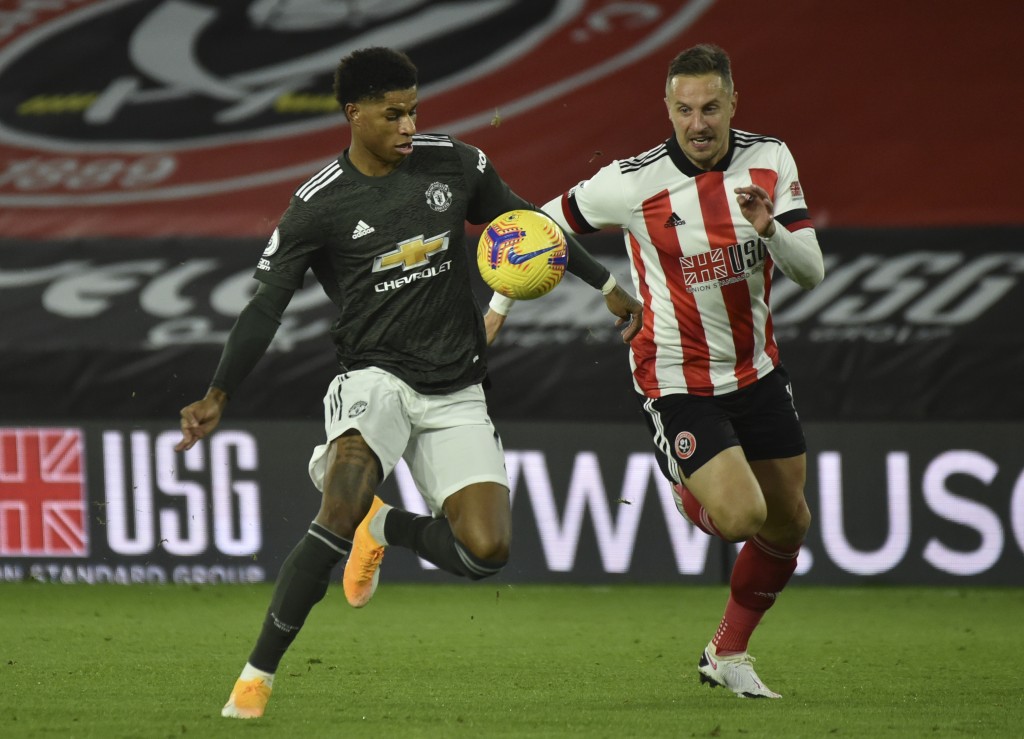 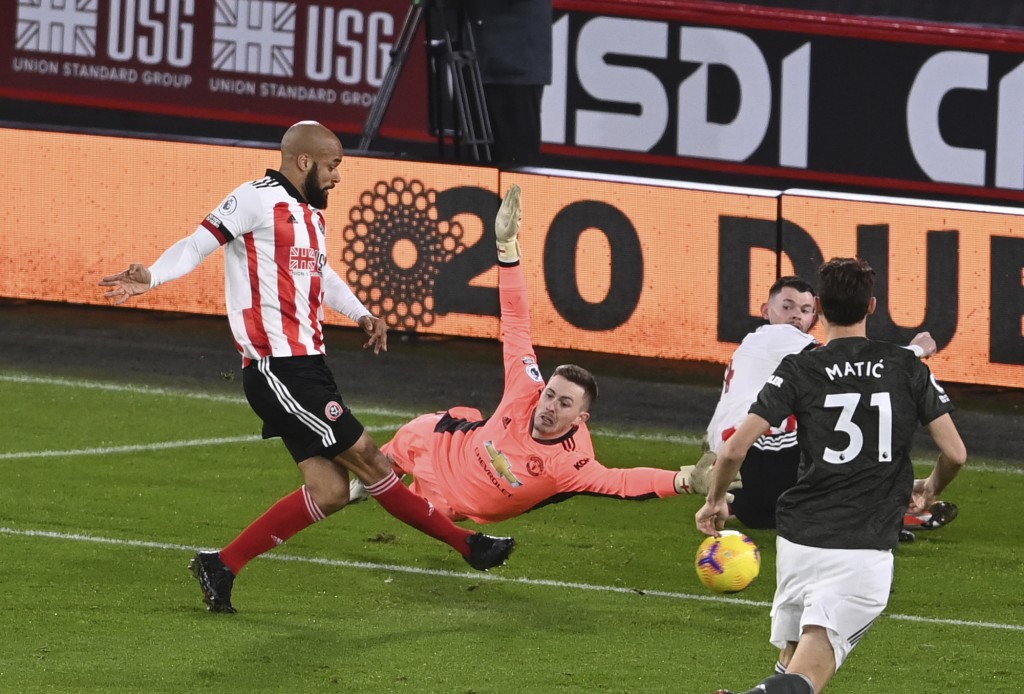 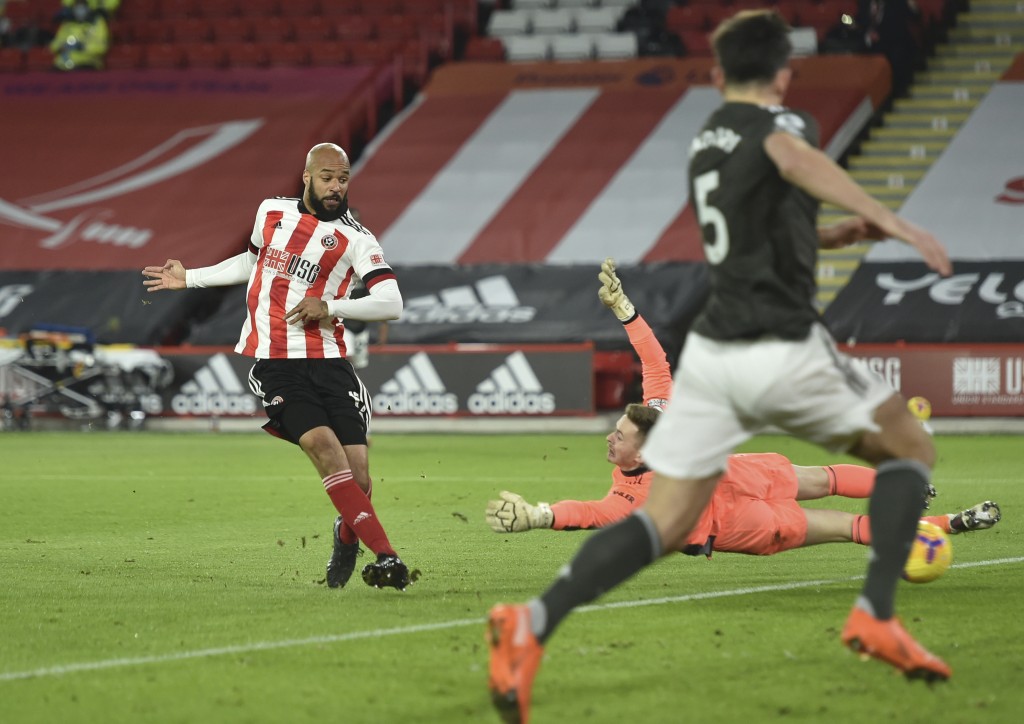 The result left the hosts with only one point after 13 games — the worst start any team has made since the English league began in 1888.

But Ole Gunnar Solskjaer’s United side kicked off a crucial run of six matches in 16 days in familiar fashion by winning a sixth away league game after falling behind.

Manchester United jumped to sixth in the standings, five points behind leader Liverpool with a game in hand.

The 23-year-old Henderson made just his second Premier League start for United.

There was no sign of danger when United captain Harry Maguire played a return pass to Henderson but he dawdled enough for Oliver Burke to close him down and flick the ball into the path of David McGoldrick to score the opener from close range after five minutes.

It was a remarkable error by the former Sheffield United loanee, whose brief hopes of the goal being ruled out were ended when the video assistant referee ruled against a potential handball.

The Blades were forced into a change as veteran defender Phil Jagielka came on for Sander Berge but the 12th minute rejig did not throw them off kilter.

John Fleck hit a low left-footed shot just wide of Henderson’s goal after being left free on the edge of the box at the end of a fine team move in an opening in which their pressure was unsettling Manchester United.

Rashford lifted a shot over an onrushing Aaron Ramsdale and the crossbar in a rare threatening moment from the visitors. It was a poor finish that the forward made amends for in style seven minutes later.

Rashford peeled off his man and raced onto a superb, raking ball by Victor Lindelof from his own half, with the 23-year-old forward taking a touch before lashing his finish past Ramsdale in the 26th.

United went ahead in the 33rd.

Having been met by a lofted ball into the box by Paul Pogba, Ramsdale failed to deal with a mishit effort by Anthony Martial and the Frenchman was able to slot into an empty net.

Martial headed over in the early stages of a second half that saw the Blades’ hopes of a comeback dwindle further in the 51st minute.

Pogba cut out a misplaced throw-in, turned smartly and produced a smooth pirouette to start a break from deep in the United half.

Referee Michael Oliver allowed play to continue when Mason Greenwood was fouled in the middle of a fine team move that ended with Rashford beating Ramsdale.

Sheffield United pulled one back in the 87th minute as Lindelof’s header ricocheted back off McGoldrick into the goal.

And Henderson then made amends for his early mistake by thwarting Mousset in stoppage time to preserve the win.