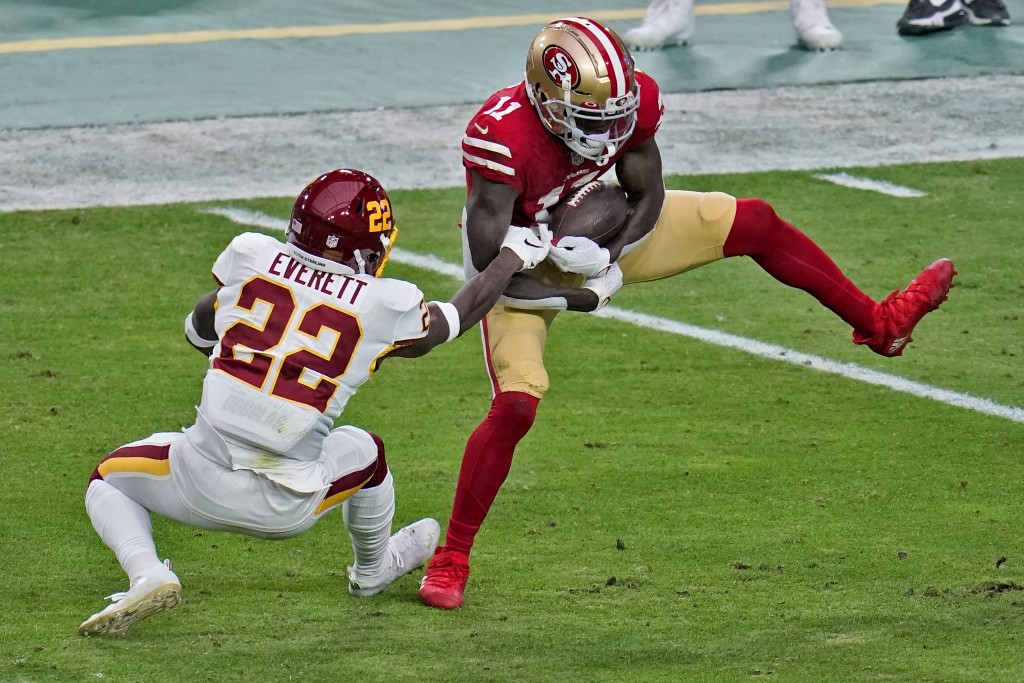 Everett started six games this season for Washington, which has won four in a row to improve to 6-7 and take over first place in the NFC East heading into Sunday's game against the visiting Seattle Seahawks (9-4).

In another move, Washington signed running back Lamar Miller off of the Chicago Bears' practice squad.

Because of coronavirus protocols, Miller will not be available to play for Washington this week, but he could be called up ahead of the team's game against the Carolina Panthers on Dec. 27.

Miller is a 29-year-old in his eighth NFL season, mostly spent with the Miami Dolphins and Houston Texans. He appeared in one game for the Bears this season, with zero carries and two catches for 6 yards.