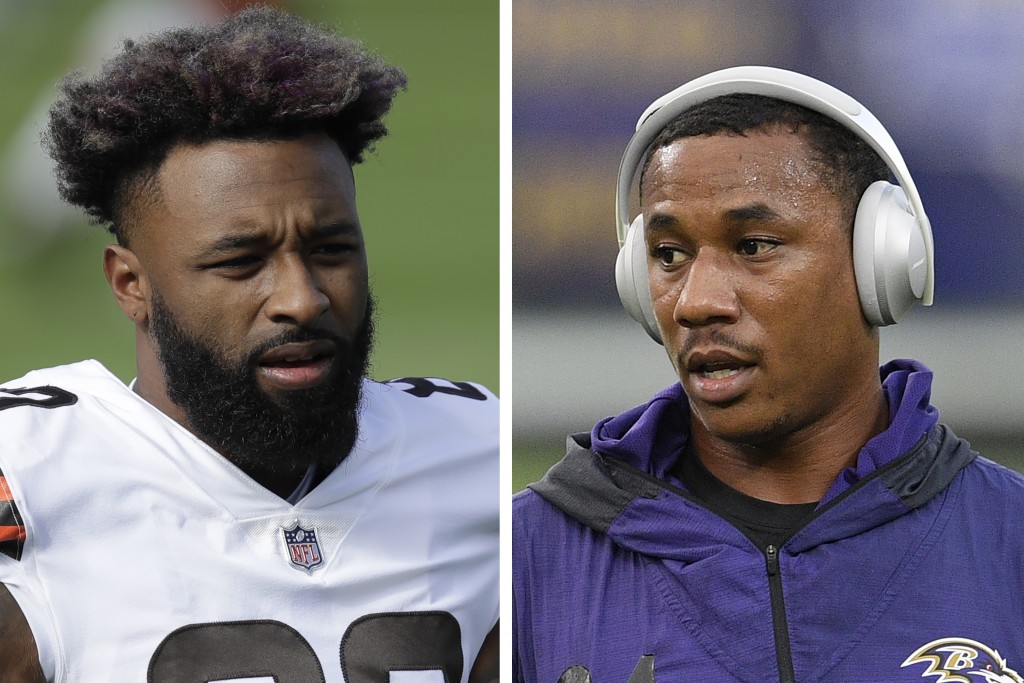 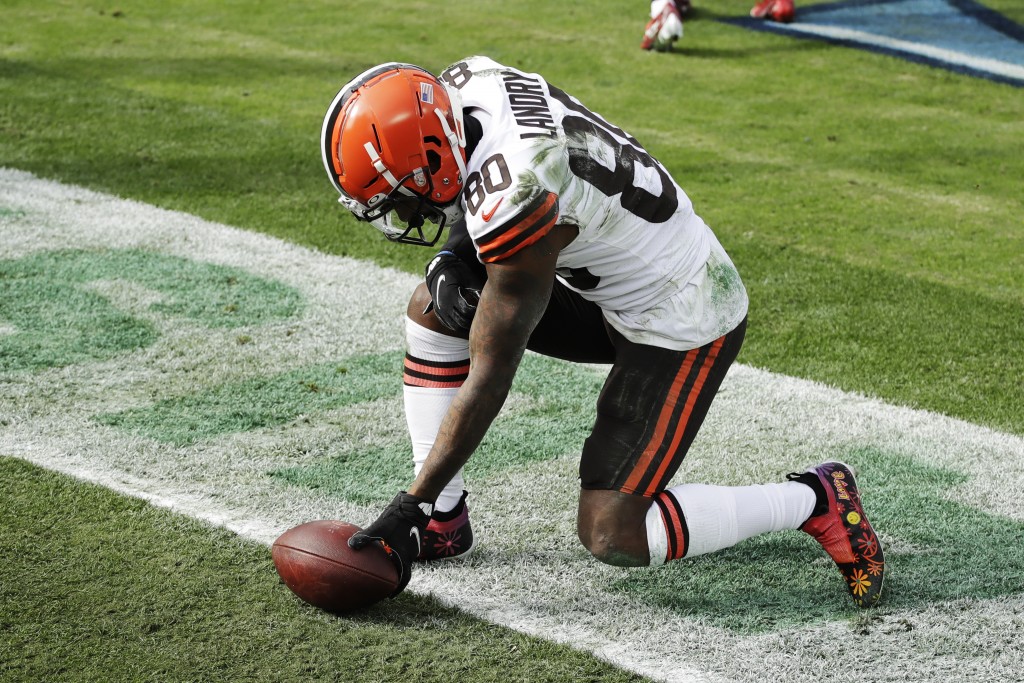 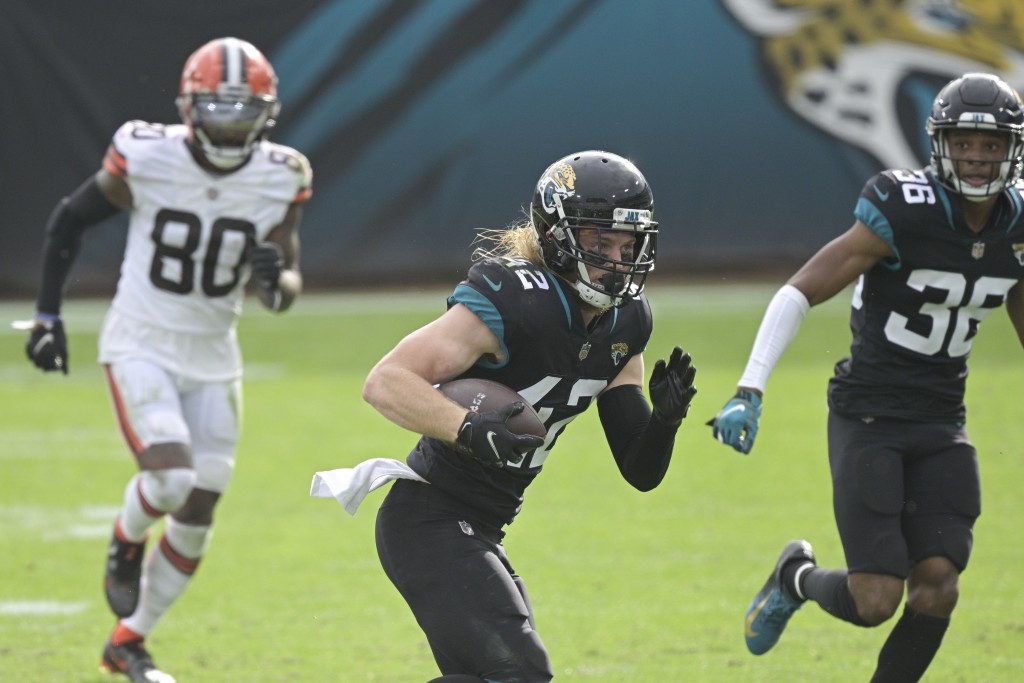 A video taken from the national TV broadcast shows Peters spitting in Landry's direction at the end of the first quarter. Landry has his back turned and is walking in the opposite direction and toward Cleveland's huddle when Peters spits.

Landry said the action was uncalled for.

“He’s a coward,” Landry said Thursday on a Zoom call after practice. “He knew that maybe behind my back he could do things like that, but to my face he wouldn’t. Take it for what it’s worth and now I know. Everybody knows what type of player he is and the type of person he is and just move on from there.”

Peters' act could be considered more troubling given the COVID-19 pandemic. Peters could face punishment from the league, which reviews every game for possible fines.

“Be a man about if you’re going to do something like that,” Landry said. “I don’t know about protocols, but if there is a protocol about being a man, that sure ain’t it right there.”

Peters is not scheduled to meet with the media this week. The Ravens host the Jacksonville Jaguars on Sunday.

Landry was asked if he would welcome a third game between the Browns and Ravens this season — in the playoffs.

“I won’t lose sleep, but definitely going to make it another game to remember,” Landry said, adding he doesn't have a history with Peters. "Whatever his beef is, I don’t know, but if that’s what he want, he definitely got it.”

It's the latest bad blood between the AFC North rivals.

Last year, the Browns accused Ravens cornerback Marlon Humphrey of choking Beckham when he had him pinned on the ground after a play.

Also, after Monday's game, Baltimore running back J.K. Dobbins gloated on Twitter about a big hit on Browns safety Andrew Sendejo, who suffered a concussion.