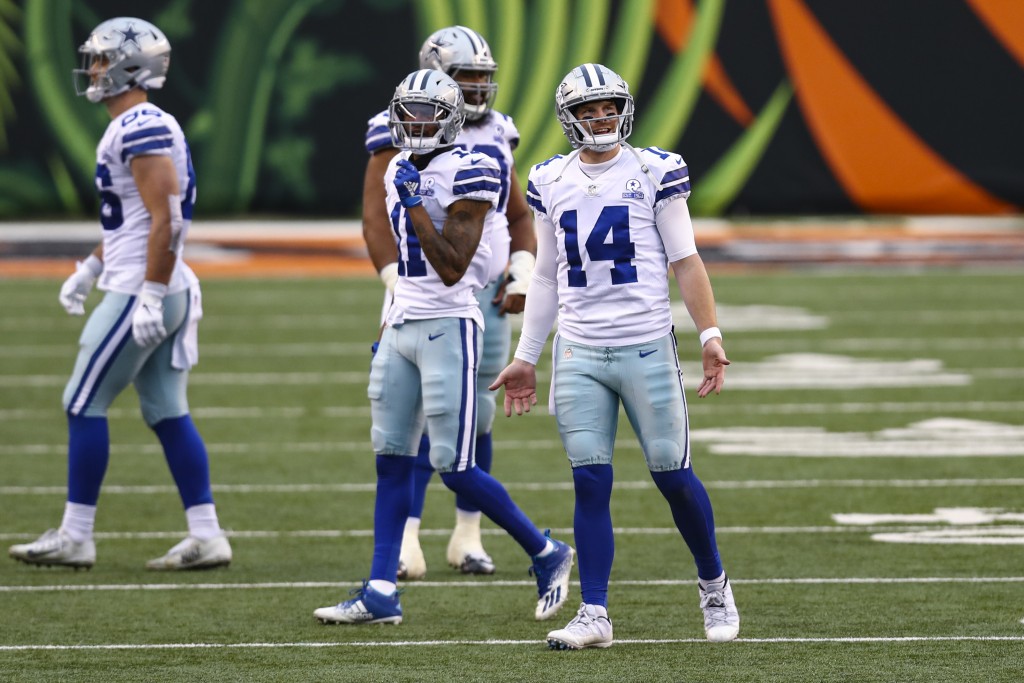 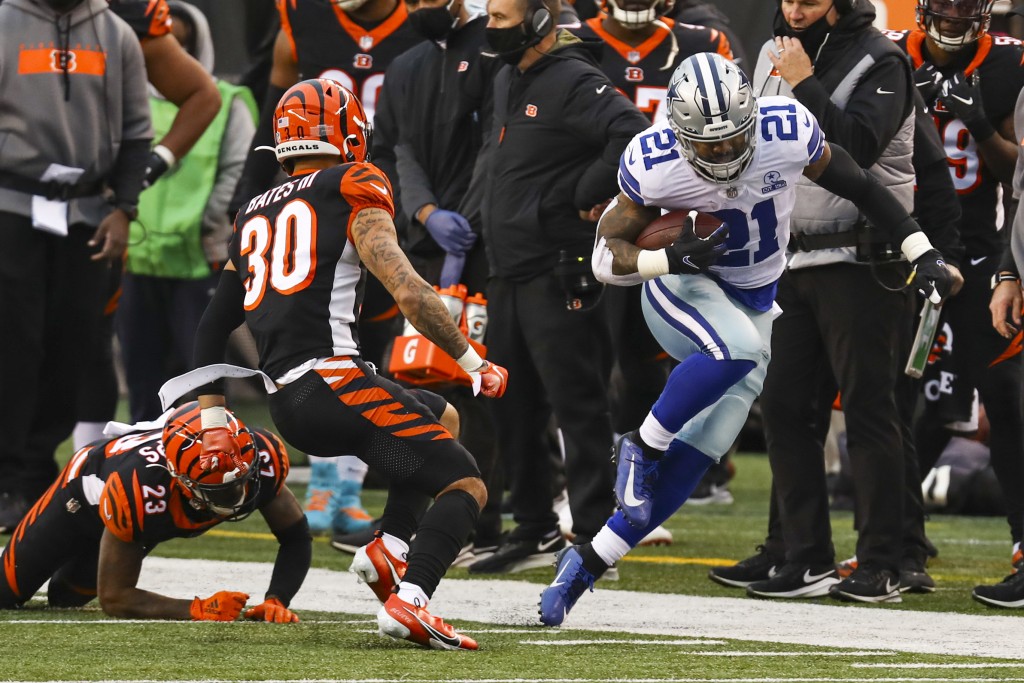 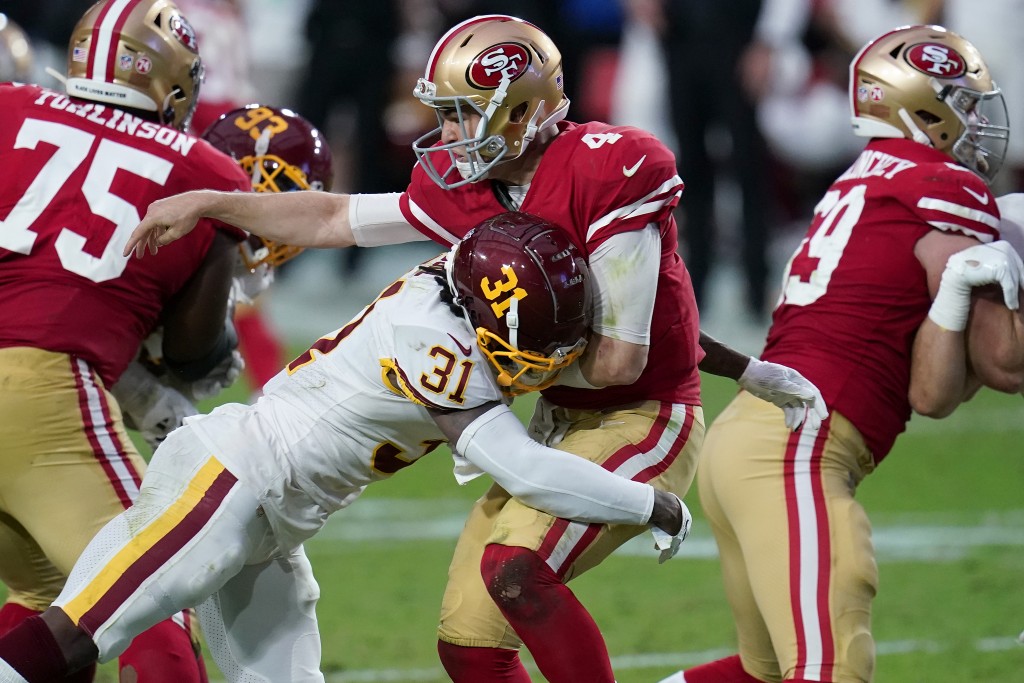 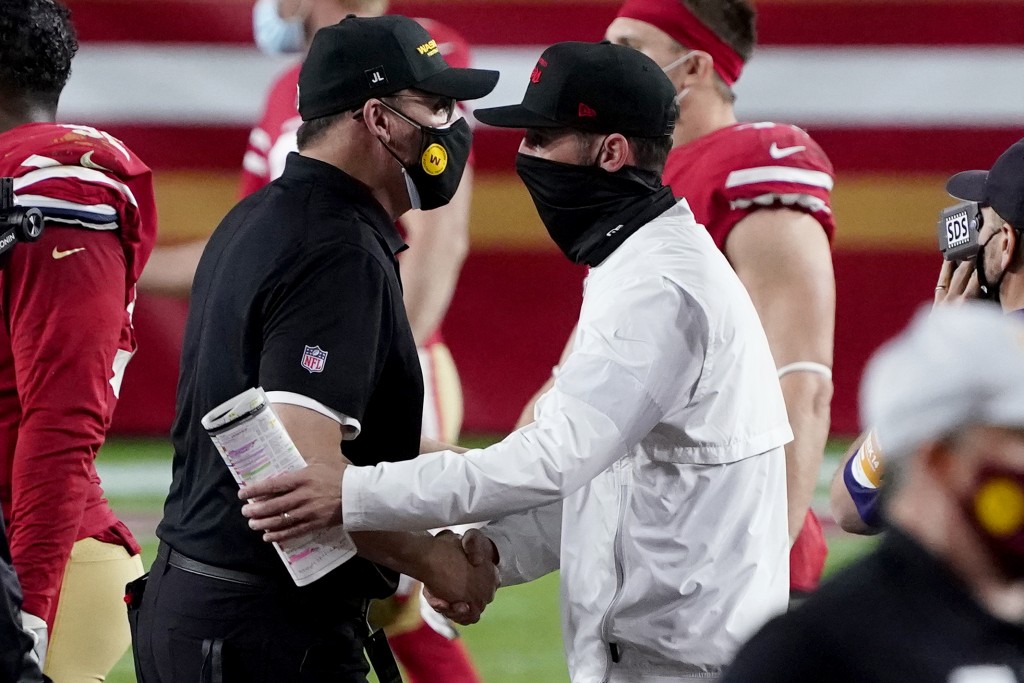 ARLINGTON, Texas (AP) — Dallas and San Francisco were moved out of prime time, which says it all about what became of a late-season matchup between one of the NFL's ratings darlings in the Cowboys and the defending NFC champion 49ers.

Injuries top the list of reasons for both teams. Both starting quarterbacks — Dak Prescott and Jimmy Garoppolo — have missed most of the season. The running games have been hobbled by knee and ankle issues for San Francisco's Raheem Mostert along with a cascade of injuries on the offensive line for Dallas (4-9).

Toss in about 20 other players of varying degrees of significance and length of absence, and you have two teams on the brink of playoff elimination going into Sunday. A loss by the 49ers (5-8) would make them the second Super Bowl runner-up in the past 13 seasons to finish with a losing record the next year.

“For sure, definitely want to play on prime time,” said Cowboys running back Ezekiel Elliott, a two-time rushing champion at risk of falling short of 1,000 yards in 16 games after never having fewer than 1,357 in his three previous full seasons.

“Like everything this year, so many different things that we kind of just have to move and adapt to the year. Just another little wrinkle the year’s thrown at us.”

Andy Dalton is set for his seventh start in place of Prescott, out for the season with a broken ankle, after going through his own disruption with a concussion that kept him out of a game and a half and a positive COVID-19 test that sidelined him for one more.

The former Cincinnati starter seems to be finding a groove through four straight starts, with Dalton winning twice and coming off a season-high 122.6 passer rating in a 30-7 win at the Bengals.

San Francisco coach Kyle Shanahan waited until midweek to commit to an eighth start for Nick Mullens in a season marked by a pair of ankle injuries that have limited Garoppolo to six games.

While Mullens has the third-most yards passing through a QB's first 15 games with 4,186, the undrafted fourth-year pro has 12 turnovers, including an interception and fumble returned for touchdowns in last week's 23-15 loss to Washington.

“I was a little antsy from the start on Sunday,” Mullens said. “So just staying calm in the pocket, I think that’s the biggest thing. If I stay calm in the pocket and go with my reads, and then everything else takes care of itself.”

While most of the attention has been on Prescott and the offensive line with the Dallas injuries, depth at cornerback has been tested almost all season.

Saivion Smith and Rashard Robinson were late-season adds to the rotation, and both left the Cincinnati game with injuries before returning. If both play against the 49ers, they could be rejoined by rookie Trevon Diggs (broken foot) and Anthony Brown (ribs).

Chidobe Awuzie also has missed significant time with a hamstring injury. Jourdan Lewis has been available every week since missing the opener after injuring an ankle during training camp.

While star tight end George Kittle and No. 1 receiver Deebo Samuel have struggled to stay on the field because of injuries, rookie Brandon Aiyuk has emerged as San Francisco’s most dependable target.

Aiyuk has 36 catches for 495 yards and three TDs over his past five games after catching 10 balls for 119 yards last week. His five straight games with at least five catches and 75 yards receiving are the second most for a rookie since the merger. Odell Beckham Jr. had a nine-game run with the New York Giants in 2014.

Last January was the 25th anniversary of the most recent playoff meeting between these once-frequent postseason rivals, won 38-28 by the 49ers on the way to their most recent Super Bowl victory.

That meeting in a third consecutive NFC championship game was the seventh playoff tilt overall, which is the third most for both clubs. Dallas has faced the Los Angeles Rams nine times and Green Bay eight, while San Francisco has faced the Packers and New York Giants eight times apiece. It will all be a distant memory Sunday.

The Niners have been dealing with injuries all season at center and right guard, causing issues in protection. Another problem has been the spotty pass protection by right tackle Mike McGlinchey.

The 2018 first-round pick has struggled at visible times, including getting a holding penalty that wiped out a big play on a potential tying drive last week. He was beaten again on the next play and the Niners had to give up the ball on downs.

“I get the attention he got, especially getting that holding call on the last play and getting beat in protection there, but also going against a good rusher. That doesn’t give an excuse of it, but I’m not going to sit and make a huge judgment off of that,” Shanahan said. “McGlinchey played very good winning football for us last year. I do not think he’s the reason we’re struggling.”