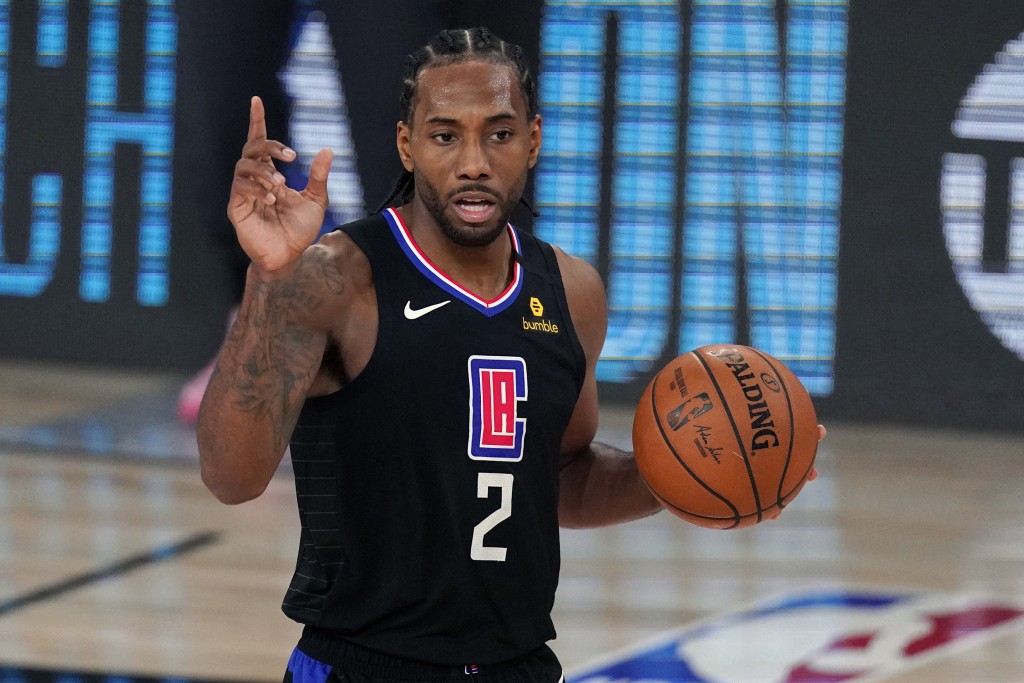 LOS ANGELES (AP) — Kawhi Leonard made a rare late-night television appearance, with host Jimmy Kimmel kidding the Los Angeles Clippers superstar who avoids attention off the court about being a mysterious man.

“Maybe to the outside world,” Leonard said. “The people around me know who I am.”

But Kimmel drew bits of information out of Leonard (Mexican food is his favorite) and even got the always serious-looking player to smile several times.

Leonard cleared up a rumor that he once brought 12 red apples to a team dinner when he played for the San Antonio Spurs and ate them with a fork and knife.

“Who came up with that story?” Leonard asked. “I do have an apple tree, but I didn’t pick my apples and bring them to dinner.”

Kimmel asked the 6-foot-7 All-Star forward whether there are disadvantages to having enormous hands.

“Definitely,” Leonard said. “Putting my hands in my own pockets, sometimes they’re way too small.”

Kimmel wondered whether Leonard left the Toronto Raptors because his hands were too cold.

“I couldn't find gloves that fit me,” Leonard said.

Kimmel propped his left foot on his desk to show off Leonard's new Christmas shoe collection from New Balance. Leonard said the blue-and-white design was inspired by a mythical creature called a snow wasset.

“It’s a creature that pretty much hibernates through the summertime. Their fur turns white during the winter," he said. “With basketball, you really don’t see me that much and once the season comes, the beast is released.”

Leonard opens his second season with the Clippers on Dec. 22 when they visit the Lakers.