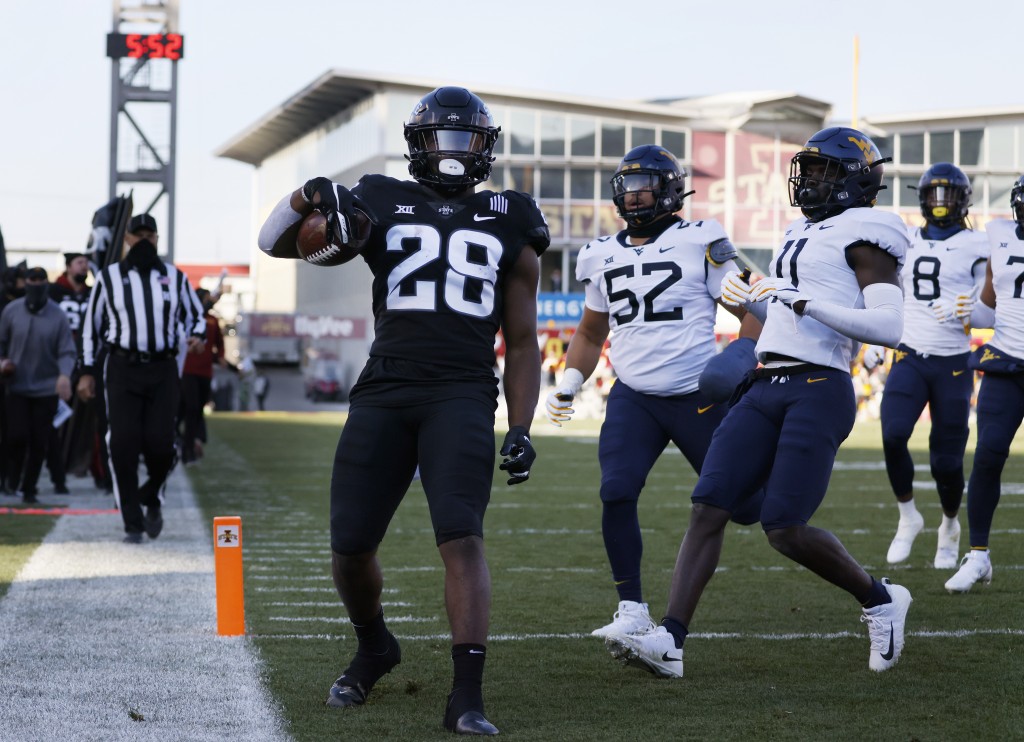 IRVING, Texas (AP) — Iowa State swept the Big 12's top individual awards as determined by a vote of the league coaches, with running back Breece Hall named the offensive player of the year and junior linebacker Mike Rose the top defensive player.

Iowa State's Matt Campbell was coach of the year when the conference released its All-Big 12 selections Thursday.

The No. 8 Cyclones play five-time defending Big 12 champion and No. 12 Oklahoma in the conference championship game Saturday.

Hall is the Big 12's leading rusher with 1,357 yards and 17 touchdowns. The sophomore running back has eight 100-yard games and has scored a touchdown in every game this season for Iowa State (8-2). The only other Cyclone to be the offensive player of the year was Troy Davis during the Big 12's inaugural season in 1996.

Rose averages 8.1 tackles per game, with 10 tackles for loss and a Big 12-leading four interceptions this season.