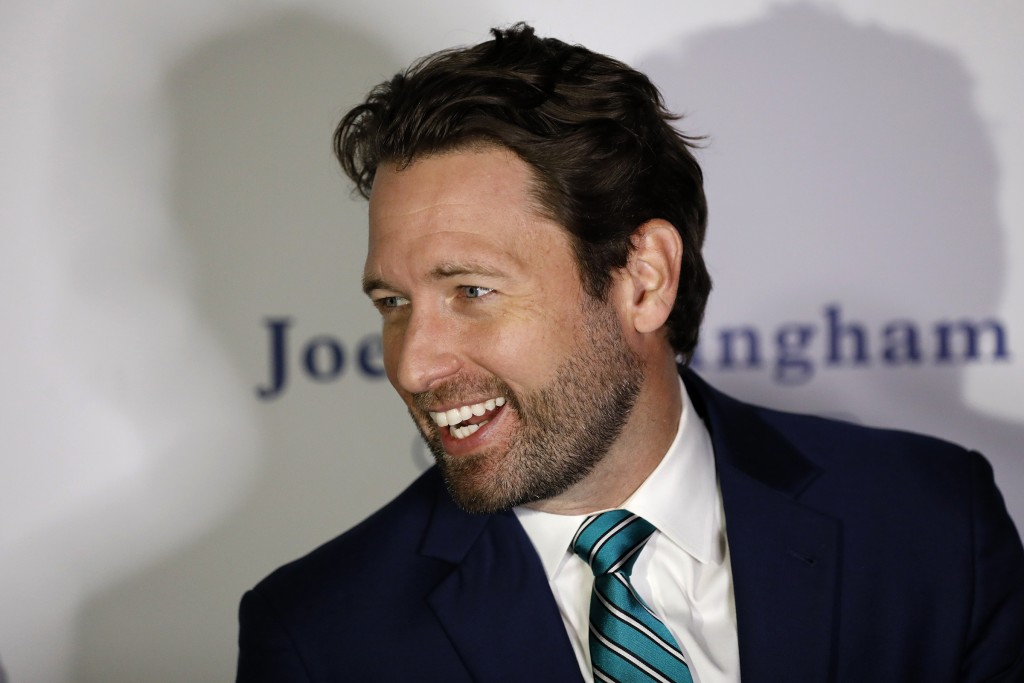 COLUMBIA, S.C. (AP) — In his farewell speech to Congress on Thursday, freshman U.S. Rep. Joe Cunningham of South Carolina made it one for the road, cracking open a can of beer in a toast to his fellow members in a sign-off of his brief tenure.

“For the betterment of this country, we have to come together, we have to sit down and listen to each other, and maybe even have a beer,” Cunningham, a Democrat, said, reaching into his suit jacket and pulling out a can. “In the spirit of bipartisanship, of cooperation, I raise this glass to my colleagues, both Democrats and Republicans."

In his remarks, Cunningham also called out politicians who “consistently put their party ahead of their own people,” a reflection on his “Lowcountry over Party” campaign slogan.

“I’ve been trying to work with people since the first day I got here," said Cunningham, who has received plaudits from several groups for his bipartisan work, also noting that President Donald Trump has signed two of his bills into law. “The other side is not the enemy.”

It wasn’t the first time Cunningham - who made brewery stops throughout the 1st District part of his campaign routine - has involved beer in his official duties. In 2019, the freshman was stopped from bringing a six-pack of beer onto the House floor because alcohol is prohibited. At the time, Cunningham said he was trying to give a collection of South Carolina brews to U.S. Rep. Peter DeFazio, D-Oregon, co-chairman of the House’s Small Brewer’s Caucus.

Cunningham’s 2018 flip of the coastal district from red to blue placed the area, which runs from Charleston to Beaufort, in Democratic hands for the first time in decades. He lost his bid for a second term to Republican Nancy Mace in November as a Republican wave of victories through the state recaptured the 1st District for the GOP.

On Thursday, Cunningham waxed philosophical as he recalled reflecting on his loss during a Thanksgiving beach walk with his son.

“It became apparent that political victories and losses are as transient and vulnerable as my son's sandcastle on the beach, especially in a district like ours,” Cunningham said, noting that Trump carried the district by double digits in 2016.

“We made it here by promising something different, by promising to work with one another, reach across the aisle, listen to those we may not agree with, and get things done.”

Meg Kinnard can be reached at http://twitte.com/MegKinnardAP.