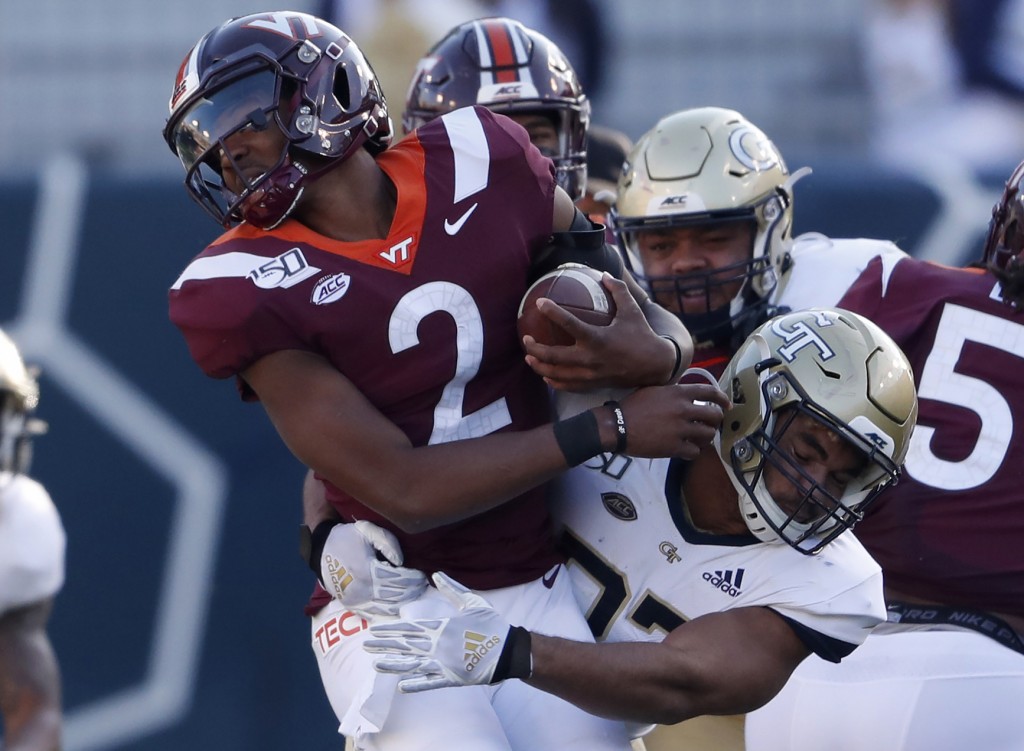 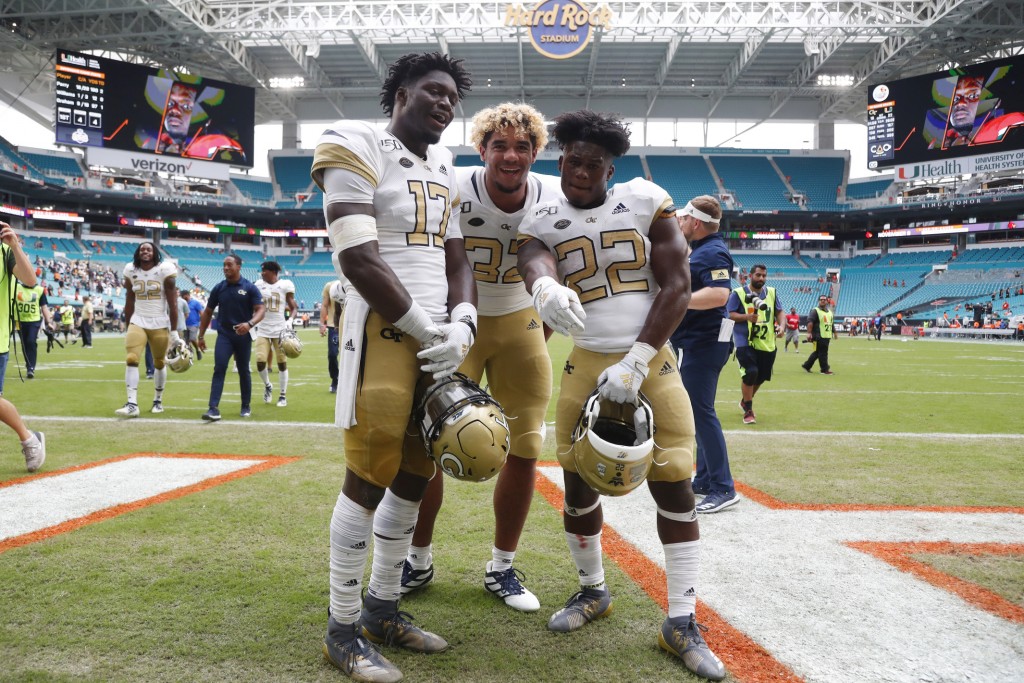 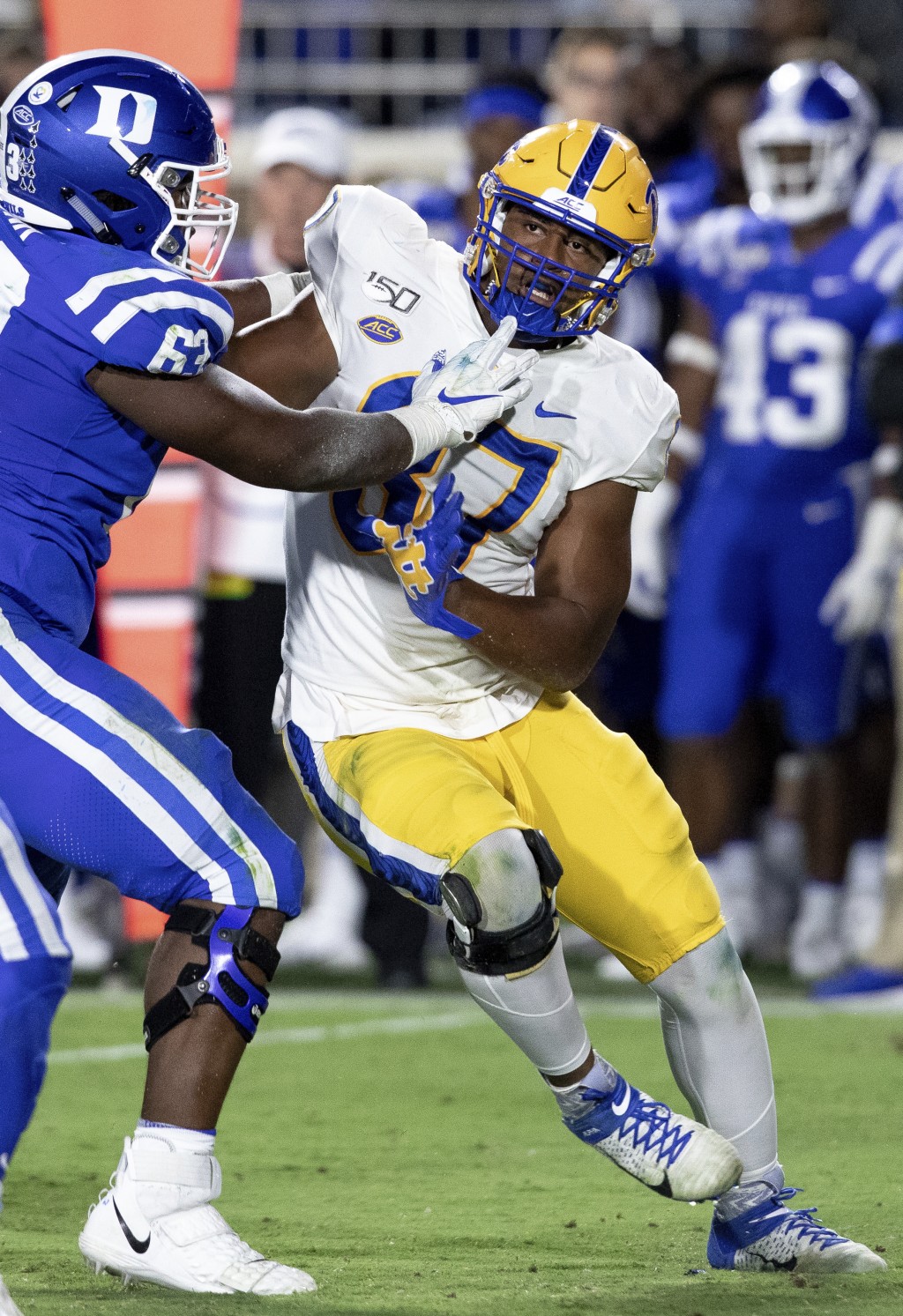 When Brandon Collier first called college football coaches on behalf of European kids, one of them asked, “Are they kickers and punters?”

He doesn't get that question anymore.

Europe has become a pipeline of Division 1 recruits and increasingly for schools from the Power Five conferences. Recruits from Germany, Sweden, Finland, Serbia and Ireland signed this week with programs including Washington, TCU, West Virginia, Virginia Tech, Georgia Tech and Boston College.

“Having seven or eight kids signing Power Five this year, without having a summer tour, is a really big deal in terms of seeing where football is growing internationally," said Collier, an Ohio native who runs PPI Recruits in Frankfurt, Germany.

At least 11 Europeans — including linemen, a quarterback and a tight end — officially accepted scholarship offers on Wednesday to play for Division 1 schools. A handful more are expected to sign in February, bringing the total in line with last year, no small feat with coronavirus pandemic restrictions.

“It’s kind of the next frontier, so to speak, in recruiting,” West Virginia head coach Neal Brown said about Europe in a press conference on Wednesday. “Everybody’s in a trial run on this.”

Brown described Wikström as a “physically mature kid ... He’s a guy that we’re excited about.” He said Vesterinen is “a big strong physical guy that can bend.”

“If they pan out, I think you’ll see West Virginia be more active internationally, and I think there’ll be a trend across college football,” Brown said.

Of the Football Bowl Subdivision international signees — excluding those routed through junior colleges and high schools — between 2010 and 2016, only two were from Europe, according to 247Sports, a website that tracks recruits. More than half of this year's European class is coming directly from their home countries, and as usual led by Germans.

It's been a strange year for recruitment because of COVID-19 restrictions.

“I was really nervous,” Miletic said. “It’s like a job interview.”

He got the gig. Miletic leaves for campus in January.

Collier's recruiting and placement service has become the go-to shop since launching four years ago, when it sent only two kids to U.S. colleges. It's been growing since. Last year, for example, he placed 15 Europeans in Division 1 schools, six of which were Power Five.

This year's numbers likely would have been much higher but Collier's annual summer tour featuring busloads of European kids hitting dozens of camps — getting invaluable face time with the likes of Nick Saban and Jim Harbaugh — was canceled because of the pandemic.

Small programs like Towson, Temple and UMass — where Collier played defensive line — saw the European potential early, but bigger ones have caught up.

Speaking of Irish, punter David Shanahan of Ireland signed Wednesday with Georgia Tech. He had trained at ProKick Australia in Melbourne.

About 80% of last year’s FBS recruits signed in December rather than waiting until February.

As a German quarterback, Honig knows there will be a curiosity factor.

“I believe there may be more eyes on me than the other players because the coaches haven’t seen me a lot, and they’re very curious what first impression I make," Honig said.

In the past, Europeans mostly winged it. It worked for Germany’s Björn Werner, who played defensive end for Florida State after attending prep school. The Indianapolis Colts selected him in the first round of the 2013 NFL draft — three spots ahead of DeAndre Hopkins.

Now, college coaches aren't just waiting for recruits to come to them. A dozen schools have made recruiting trips. Head coaches Geoff Collins of Georgia Tech and James Franklin on Penn State have both visited Europe — all before COVID-19.

But it's not just linemen that coaches want.

“They're asking for every position now," Collier said. “We haven't had a kicker or a punter, which is ironic.”