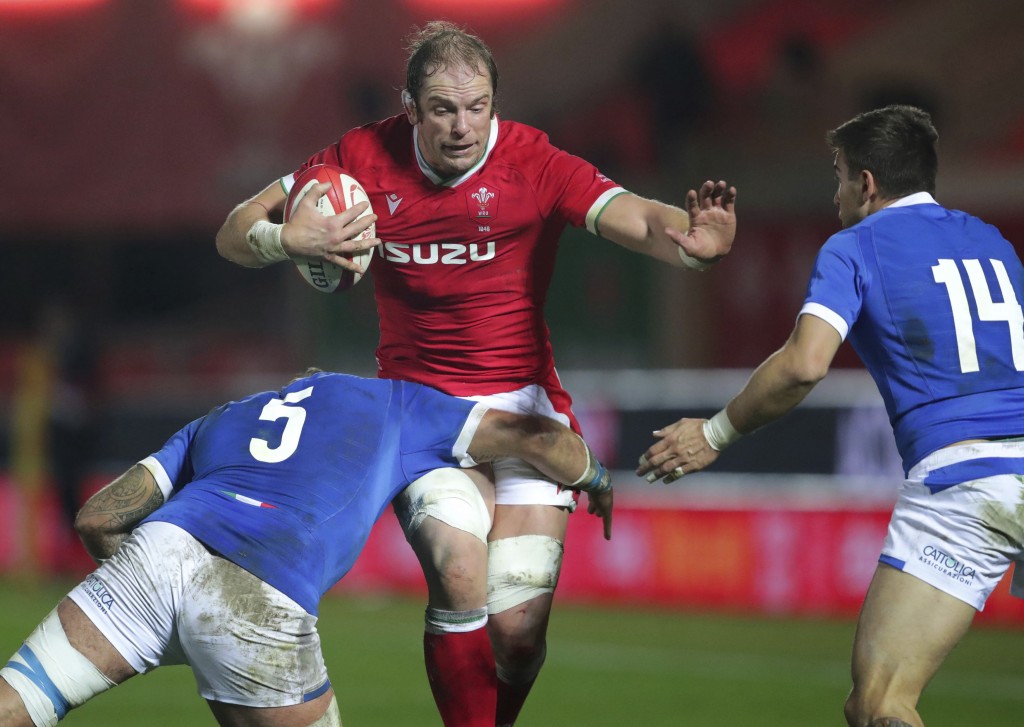 CARDIFF, Wales (AP) — Wales captain Alun Wyn Jones could miss the start of the Six Nations in February because of a knee injury.

Jones strained medial ligaments on Dec. 5 against Italy in the Autumn Nations Cup and left the field an hour in.

Booth added medical opinion suggested a 10-week recovery period. That would make Jones unavailable for the home game against Ireland on Feb. 7 and the visit to Scotland on Feb. 13. Wales next hosts England on Feb. 27.

“He is probably going to be somewhere around that sort of time frame, which is disappointing for him and obviously for us. If anyone is going to get back early, it will be him.”

Jones is the most capped player in international history with 152.