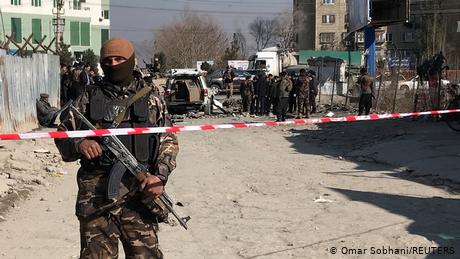 On Thursday, a batch of 40 Afghan asylum-seekers arrived in Kabul from Germany after Berlin resumed deportation flights to Afghanistan. German authorities had suspended the program in March after the coronavirus outbreak in the country.

Since December 2016, the German government has deported 937 asylum-seekers to Afghanistan.

Several German refugee NGOs had sounded alarm over Wednesday's planned deportation flight from Leipzig/Halle airport to the Afghan capital. Deportations of Afghan asylum-seekers to their home country have remained controversial in Germany and elsewhere in the European Union, with rights organizations saying that Afghanistan remains an extremely dangerous country. EU member states, however, are convinced that big cities in Afghanistan – including Kabul – are safe for the deportees to start a new life.

EU countries believe that sending back rejected Afghan asylum-seekers to their country gives out a political message that Afghanistan has become safe due to a long presence of their militaries in the war-ravaged country. Suspending deportations to Afghanistan could be interpreted as their failure to bring peace and stability to the country despite spending billions of euros from their taxpayers' pockets.

Afghanistan, however, remains volatile, with violent attacks taking place across the country almost daily. Its economy is in a shambles, with President Ashraf Ghani's government heavily dependent on foreign aid. The coronavirus pandemic has made the situation even worse for Afghans.

There is a ray of hope though: In September, the Afghan government and the Taliban insurgent group started peace negotiations in Qatar, months after the US and the Taliban signed a landmark agreement to end the 19-year-long violent conflict.

Despite several rounds of talks, Kabul and the Taliban have not agreed on a nationwide ceasefire. Since September, suicide bombings and missile attacks in major Afghan cities have increased manifold. In the past few weeks, at least 10 government officials and their aides have been killed in bombings in Kabul alone.

"I want to go back to Germany because Kabul is not safe," Wahidullah, a Kabul resident who voluntarily returned to Afghanistan from Germany, told DW. He had fled the country in 2015 after sustaining injuries in a suicide attack in the central Ghazni province.

"I came back thinking the security situation in Afghanistan had improved, but I was wrong. It has only become worse," he added.

Experts say the security situation in Afghanistan is not conducive for deportations.

"The EU should at least wait until the peace talks situation is clear because its failure and success will have an impact on Afghans" Shahla Farid, a Kabul University lecturer, told DW.

"Sending back asylum-seekers at this time will only put their lives at risk," she added.

Afghan forces are not only battling the Taliban; "Islamic State" (IS) and other militant groups have also strengthened their hold in the country. With most foreign forces scheduled to pull out of Afghanistan early next year, experts believe the security situation is likely to deteriorate in the coming months.

"Leaving Afghan forces to fight this war alone will be a huge mistake and will result in more bloodshed in the country," Sayed Ishaq Gailani, the head of the National Solidarity Movement of Afghanistan party, told DW.

"It is unfortunate that the international community is abandoning Afghanistan despite all the security agreements Kabul has signed with different countries," said Gailani, adding that the Afghan government is not capable of defending the whole country by itself.