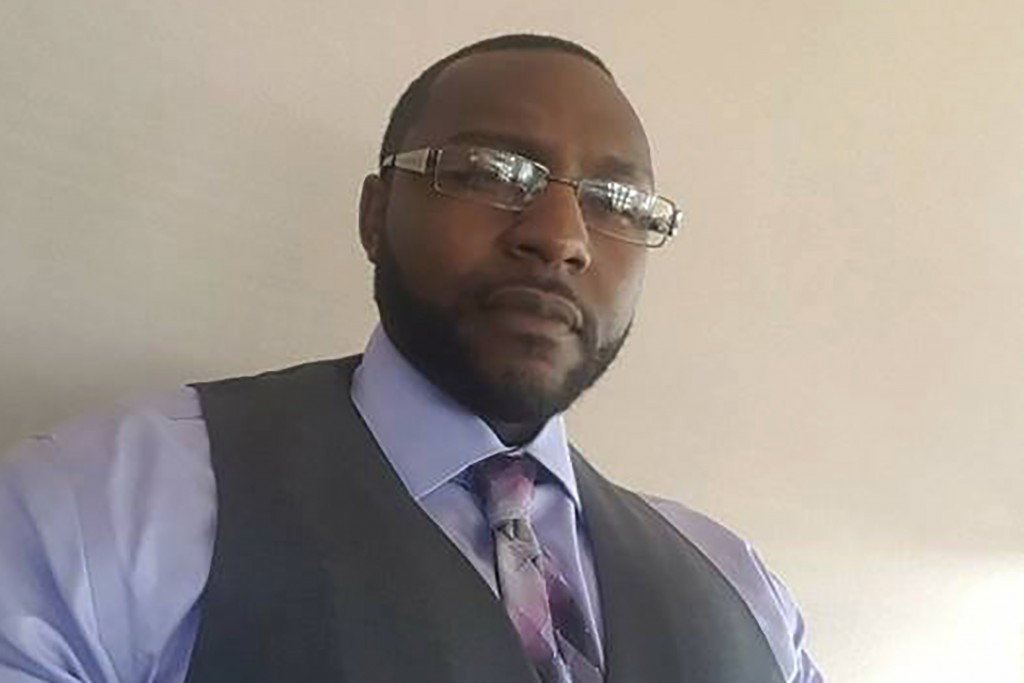 BELLE PLAINE, Kan. (AP) — The dashcam video captured a horrific scene: a Kansas sheriff's deputy in a patrol truck mowing down a Black man who was running, shirtless, across a field in the summer darkness after fleeing a traffic stop.

Womack said in a statement that he hadn't been speeding nor was he under the influence of anything when he was initially pulled over. His driver's license, insurance and registration were up to date.

“When the first officer turned his lights on, I pulled over and complied ... exactly as you're supposed to. But when three additional vehicles pulled up quickly and started to surround my car, I freaked out. That's when I took off, it was a ‘fight or flight’ moment and I was going to live,” he said. “I felt like I was in danger. This was out in the country, late at night, and it was dark. So I ran for my life. That's what you see in the dashcam video. I'm running in an open field, and I'm scared.”

The graphic video is at the crux of the federal civil rights case filed by attorney Michael Kuckelman against the deputy in U.S. District Court in Kansas. The lawsuit argues that Rodriguez used excessive force and was “callously indifferent” to Womack's civil rights.

Womack had left the police department earlier in August with hopes of growing his own security business. He was on his way back home from a business trip to California when a Kansas Highway Patrol officer in western Kansas initiated a chase over “an alleged traffic violation,” according to the lawsuit. Sheriff's deputies from Pratt County and Kiowa County joined in the chase.

The car chase eventually ended on a dirt road, and Womack took off on foot across a nearby farm field.

The dashcam footage from a Pratt County sheriff's deputy's vehicle shows Rodriguez using his patrol truck to catch up to Womack, who was unarmed.

Rodriguez swerves his truck to hit Womack, knocking him to the ground and running over him. Womack rolls out from under the truck, his arms and legs flailing on the ground as someone on the video shouts, “lie down, lie down.” A deputy in the second patrol truck can be heard uttering an expletive as he watches what is happening.

Womack alleges in his lawsuit that he sustained serious injuries to his back, pelvis and thigh as well as to his right knee, ankle and foot.

“The dashcam video is disturbing,” Kuckelman said. “It is impossible to watch a video of a deputy driving his truck over Mr. Womack without feeling sick. There was nowhere for Mr. Womack to go. It was an open field, and he was trapped, yet the deputy drove his truck over him anyway.”

Neither Kiowa County Sheriff Chris Tedder nor his attorney has responded to Associated Press requests for comment. No one has explained why Rodriguez chose to run Womack down. The deputy’s race is unclear.

Kuckelman urged Tedder in person and in letters to fire Rodriguez, and the sheriff has refused. Rodriguez remains on patrol. Kuckelman also wants Rodriguez charged criminally and has accused the sheriff of engaging in a coverup of the deputy’s conduct.

Four months later, Womack remains jailed on felony charges of attempting to elude a law enforcement officer by engaging in reckless driving and interference with a law enforcement officer. Court records show he is also charged with several misdemeanor traffic citations, including failure to drive in the right lane on a four-lane highway, improper signal and driving without headlights.

Womack comes from a law enforcement family. His wife and his mother are police officers with the Kansas City, Kansas Police Department. His stepfather retired from police work as a sergeant there. Two aunts are police dispatchers.

Zee Womack watched the video of her husband being run over for the first time on Wednesday, replaying it four times as she struggled to understand why the deputy felt justified in using such force. Her husband is lucky to be alive, she said.

“I am a police officer as well, and I feel like especially right now it is a really difficult time to be a police officer. We don't always get the support, I guess, that would be helpful in this occupation," she said shortly after watching the video. “And this makes it a lot more difficult to be an officer.”

An officer who is capable of making decisions like that, she said, should not have a badge.

“To me it showed a blatant disregard for human life,” she said. Zee Womack filed a federal lawsuit last year alleging “rampant racism and sexism” in the Kansas City, Kansas Police Department.

Lionel Womack said in his statement that most police officers are good and that he believes in the “blue brotherhood.”