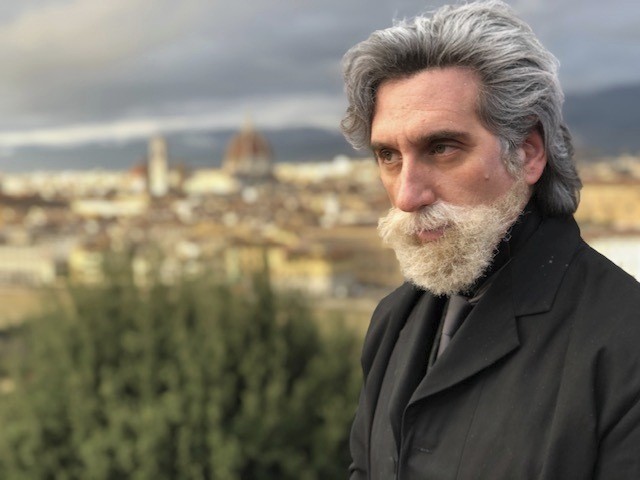 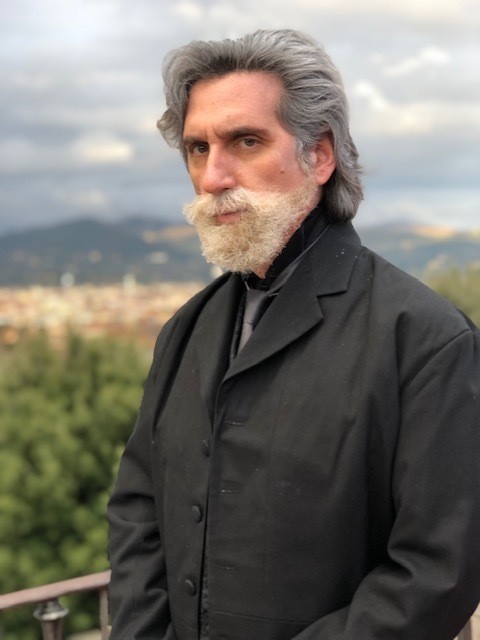 NEW YORK (AP) — Just the other day, pianist and actor Hershey Felder found himself in the apartment in Italy once owned by the 19th century Russian composer Tchaikovsky. It must have been a treat for anyone watching since Felder at the time was dressed as Tchaikovsky.

He walked in the old master's rooms, took in the views and stood in Tchaikovsky's terrace. He had even brought a letter that the composer had written on that very terrace. Felder was still buzzing.

That experience will only deepen Felder's upcoming one-man show of Tchaikovsky, the latest installment in his ambitious effort to livestream his works to benefit regional theaters and out-of-work performers.

“I am just heartbroken for the actors and the artists who just need to work,” Felder said, his hair spray-painted gray to play a late-in-life Tchaikovsky. “It just felt like that’s what had to be done.”

Proceeds from Sunday's stream will benefit over 20 national and international theaters, arts organizations and publications. Plus, Felder has partnered with The Actors Fund to provide it emergency financial assistance. Tickets are $55 per household.

Since the global pandemic shut down theaters, Felder has been hunkered down in Florence, remounting his shows on great composers — George Gershwin, Ludwig van Beethoven and Irving Berlin, among them — and pivoting them for streams, keeping his crew of 10 employed.

He combines his own Juilliard-trained musical skills on piano with his empathetic acting approach, blending details of the great composer’s personal life with their professional legacy and his own life to create a very human portrait.

He's used the city of Florence as a backdrop, filming some scenes connected to the artist portrayed — like the visit to Tchaikovsky's old home — and knitting them into the livestream. Due to time differences, he's often performing at 2 a.m. He once did a talk-back at 5 a.m.

His portrait of Tchaikovsky blends sections of “The Nutcracker” — which Felder drily notes was despised by the public and the press on its debut — with details like Tchaikovsky mother's death of cholera when he was 14 and that he gave the first ever concert at Carnegie Hall.

But Tchaikovsky was, by all accounts, gay and forced to remain closeted on penalty of being sent to Siberia. Felder's handle on the composer is that so much beautiful music came from a tortured, hiding soul.

“The point is not to out him in his story. It's to explore what it means to suffer if the only place you can put your real feelings are into your art because you cannot speak them,” Felder said.

“The point of the story is to share that you can be a very great artist, a famous person, a great personality, and still be afraid of the one thing that anybody would find out about you.”

Felder's recent transition from stage to screen has been challenging but has its own rewards. On the negative side, there's built-in anxiety when he can't see or sense the audience, just a camera.

“You’re stuck in a situation where you’re performing and you have no idea what’s reaching the other end,” he said. “You just don’t know if the technology is working.”

On the other hand, Felder can now do all sorts of small gestures and expressions — not to mention letting audiences see his fingers play — that couldn't be seen from a traditional stage show: “What it does is it makes for me a much more direct communication.”

One fan is Robert Kelley, who stepped down last year as artistic director from TheatreWorks Silicon Valley after 50 years at the helm, which included winning last year’s Tony Award for regional theater. He calls Felder “one of a kind.”

“He’s invented and established essentially a new art form, and now he’s in the process of reinventing that art form to be seen online,” Kelly said. “Our audience loves Hershey. And I think it’s the combination of inspired acting, exceptional historical research and brilliant music played brilliantly live before your eyes.”

Felder is celebrating 27 years on the stage with a career that keeps him on the move. He's done a total of 10 composers and more are planned, including Puccini and Rachmaninoff.

He says he’s very rarely home for more than two weeks at a time and the nature of his one-man shows means he's not part of the Broadway or West End establishment. But that doesn't mean he won't rush to help his fellow artists.

“You always sort of feel on the outside. And yet here we are all these years later, and all of a sudden it fell into place when I really needed to take care of people,” he said.